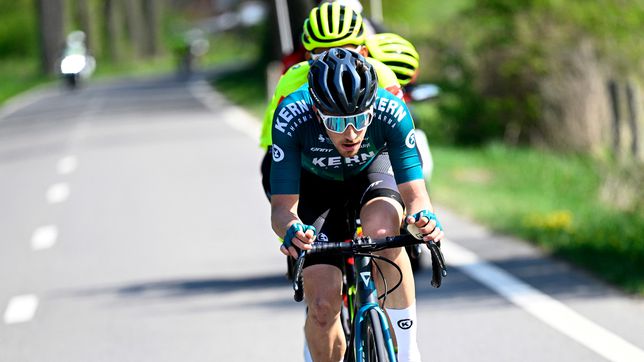 The Spanish peloton continues to gain a foothold in world cycling Proof of this is that the organizers of the big events on the calendar want to count on the Spanish squads of continental category. We have seen the latest example this Wednesday with the presentation of the teams and the routes for two of the great tests of the Ardennes classics: the Fleche Wallonne (April 19) and the Liège-Bastogne-Liège (April 23).

A Walloon Arrow that will miss Alejandro Valverde but that will have a great Spanish flavor, since Movistar will be joined by two other teams invited by the organization: Burgos-BH, who will know for the first time the feared wall of Huy, and the Kern Pharma team, which will also debut in this demanding classic. For its part, Movistar will be the only Spanish representative in the women’s race.

The organization has also revealed the routes of the women’s and men’s Walloon Arrow. In the case of the women’s race, it will consist of a 131.5-kilometre route that will include a first step over the Huy Wall before tackling two laps of the circuit with the classic heights of Ereffe, Cherave and the Huy Wall, which will crown the champion in a test where the Italian Marta Cavalli will defend the title. for his part The men’s race will have a 194.2-kilometre route with a 100-kilometre approach route from Herve before going around the final circuit three times with climbs to Ereffe, Cherave and Muro de Huy, which will also crown the champion of a test in which Dylan Teuns defends his title.

Kern Pharma double: they will also run in Liège

The Kern Pharma team will do a double this year in the Ardennes classics. For the second year in a row, the Spanish team will start at Liège-Bastoña-Liège next April 23, in one of the great classics of the calendar that is one of the five monuments of cycling. The organizers of the race announced this Wednesday the teams that will start at ‘La Decana’, including the 18 squads that are part of the UCI World Tour plus Israel – Premier Tech, Lotto – Dstny and Total Energies , which were already classified by sporting merits, and to which must be added the four invited teams, which are the Spanish Kern Pharma, the Belgian Bingoal WB and Flanders-Baloise and the Norwegian Uno-X. For its part, Movistar will be the only Spanish team present at the start of the women’s event.

Liège-Bastogne-Liège also presented what its routes will be like for the women’s and men’s races. In the women’s event, which will have 140 kilometers and start in Bastogne, the Wanne-Stockeu-Haute-Levée triptych will be included for the first time before the demanding final climbs to La Redoute, Forges and La Roche-aux-Facons before the arrival in Liège. for his part The men’s test will honor its monument category with a 258.8-kilometre route in which the inclusion of the Côte de Forges stands out, 1.3 kilometers at 7.6%, just after La Redoute and before La Roche-aux-Facons in a demanding finish on the way to the finish line in Liège to close some classics in the Ardennes that this year will play a leading role in Spanish cycling.

🏁 A turn shortly before the usual summit of La Redoute, the Côte des Forges and the final showdown on La Roche-aux-Faucons pic.twitter.com/Cns9HRiK6i

Luis Castillo will not go to the World Baseball Classic