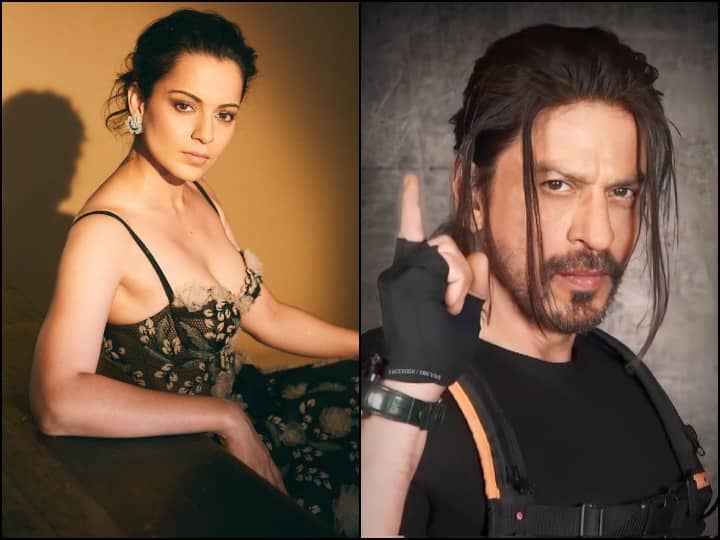 Bollywood actress Kangana Ranaut has returned to Twitter after about a year and a half. With her return to her Twitter, Kangana has once again targeted the film industry. Although the actress has not named anyone, looking at her tweet, it seems that she is taking aim at Shah Rukh Khan’s recent release, Pathan. Today, Shahrukh Khan’s film was released only today.

Kangana Ranaut tweeted that the film industry is “stupid” when the success of an art project is judged by money. Kangana’s comment comes on the day of the release of Shah Rukh Khan’s highly anticipated film Pathan, which is expected to have an unprecedented release on Wednesday. Kangana said that after the success of any endeavor/creation/art, profit figures are thrown in your face, as if the art has no other purpose. This exposes his low mentality.

He also said that cinema is not made for “great economic gain” like other industries and that is why actors are worshiped. He wrote: “In the beginning, the art flourished in the temples and spread to literature/theater and finally to the theaters. It’s an industry, but it’s not built for huge financial gain like other billion/trillion dollar companies, so the art/artists are worshiped and not the industrialists or billionaires. He further added: “Even if artists indulge in contaminating much of the nation’s art and culture, they should not do so brazenly, but prudently…”.

Kangana has yet to find major commercial success after her 2019 film ‘Manikarnika: The Queen of Jhansi’ which earned Rs 92 crore at the domestic box office. Since then, she has appeared in ‘Panga’, ‘Thalaivi’ and ‘Dhaakad’ but none of them turned out to be box office hits. Since last year, Kangana has been working on her first solo directorial venture, ‘Emergency’. She recently revealed that she has mortgaged her property to make the movie. She plays the role of the former Prime Minister Indira Gandhi in the film.