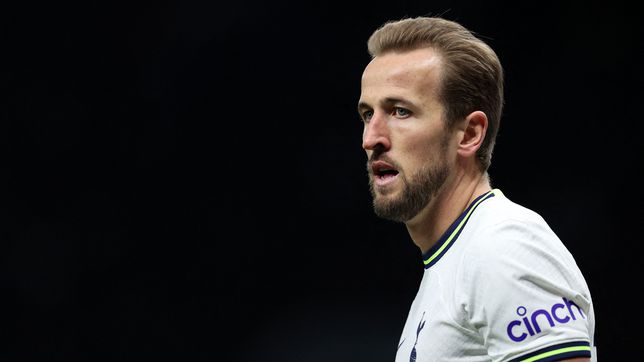 Daniel Levy finally smiles. The president of Tottenham has seen how in recent weeks he has added to the doubts about Antonio Conte’s continuity on the bench spurs and the team’s bad run of results (two victories in six games), the 30-month suspension of the current general director of football Fabio Paratici for the ‘Case Capital Gains’ of Juventus in Turin. Luckily Harry Kane has arrived, as is often the case on the pitch, to save the ballot. As reported exclusively The Athletic, the English forward is open to negotiating a renewal of his contract with Tottenham. “Kane’s wish would be to win trophies at Tottenham and it is said that he is focused on doing so in the coming months instead of leaving,” adds this medium.

From England they point out that The conversations between the club and the player would be dated for when the current winter transfer market closes, once the London team has finished reinforcing the squad for the last months of competition. Now, Harry Kane’s contract expires in June 2024, so the London team has little room for maneuver to make a decision with respect to the English striker. And it is that, as well pointed out The Athleticif the spurs They don’t come to an agreement soon. “Tottenham will have to decide whether to seek a sale for Kane or let their prized asset serve his last year knowing that he could leave for free in 2024”.

The future of Tottenham in both the league and Europe in the coming months will also have an important weight in the player’s decision, who meanwhile continues to sign one of the best scoring starts of his career. So far this course, the English international has scored 17 goals (and distributed 3 assists) in 28 games. According to data collected by Artificial Intelligence (AI) from olocip, Kane is the third best player in the Premier behind Haaland and De Bruyne. The fact that the captain of the spurs consider seriously the option to renew is an important step for the London team, since “there have been no negotiations on new terms since August 2021″when his signing for Manchester City was frustrated and the Mancunian team opted to incorporate Erling Haaland last summer.

Who wants 2022/2023 to be Harry Kane’s 10th and last season as a Tottenham player is Manchester United. the british newspaper Daily Mail reported days ago that English is the main objective of the Red Devils facing the next summer transfer market. And it is that the Mancunian managers have already begun to explore the ways to undertake their signing at the end of the season. An addition that, although it would definitively shore up the offensive reference position, which they provisionally strengthened in January with the loan of Wout Weghorst, will not come cheap for the Old Trafford team. The Daily Mail points out that Harry Kane would not leave Tottenham Hotspur Stadium for less than 96 million euros.