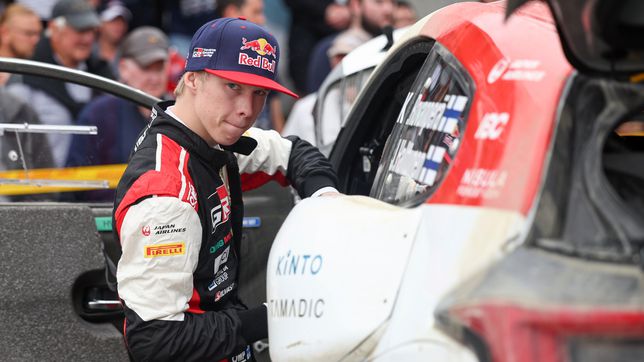 New year, new champion. Kalle Rovanpera arrives at the Monte Carlo Rally defending crown, the youngest title in history. At 22, he is the man to beat at the 2023 World Cup.

-How was your vacations?

—It has not been a proper vacation, since it has been very short. Few days and also with the tests, but they have gone well. Monte Carlo is always a great challenge. It’s not one of the easiest, and for me it’s not the rally I come to the most confident or the one I feel most comfortable at, but it’s always a great place to start the season.

—With what feelings do you arrive at the 2023 World Cup?

—My feelings are good before the start of the new season. We know that it will not be easy to defend the title. We have seen that the level of competition is getting higher and higher, so we must also try to improve and keep pushing hard. The team is again doing a great job to try to maximize performance and make the car faster and stronger. The Monte Carlo Rally is a special event and it’s usually a bit of a tricky start to the season. But I am more confident than last year when everything was so new with the car. Now I know that we must have everything in the right direction and an easier start. It is never easy to have a smooth rally, but that will be our plan to start the season in the right way.

“Are you still as hungry as last year?”

—It’s not the same kind of hunger, but it’s still there, and maybe it’s more that I want to continue on the right track and definitely start the season better than last year. There is already a clear step to be taken. I still have the same hunger to win, and the feeling is good, of course. Defending the title will be difficult, and I think the season will be more difficult than last year. Without a doubt, the competition is closer and the rivals and the other teams are closer to us, so yes, of course it will be a more difficult season.

Who will be your main rivals?

—I always think that everyone starts with zero points and throughout the season you can see in the results who is in the fight, but I think they will be the same as previous years. And of course Esapekka Lappi will be with a new team and a full season, so I hope the best for him and also that there will be more Finnish flags in the fight.

“It was an easy choice. It’s better than number one.