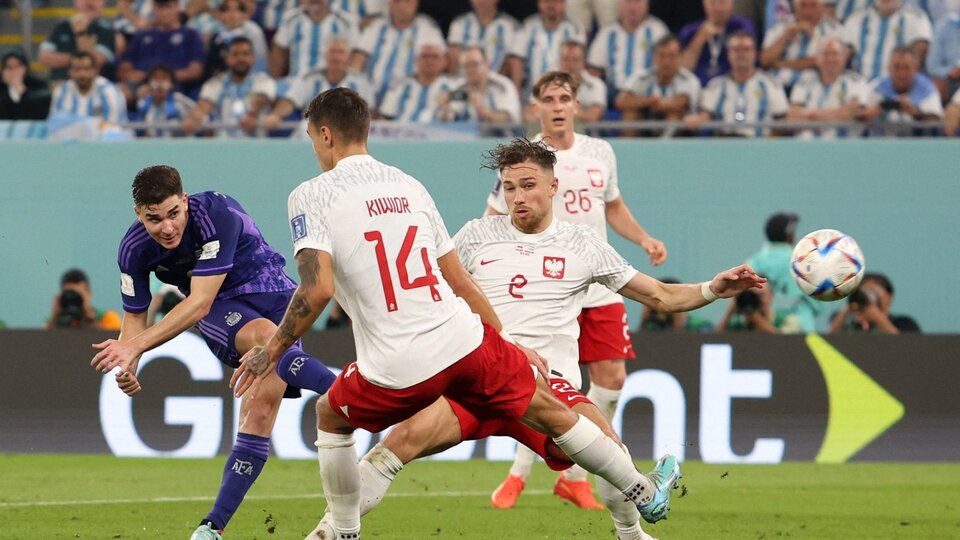 Cordovan striker Julián Álvarez, scorer of Argentina’s second goal against Poland, was happy for the Albiceleste qualification to the round of 16 and considered that “The team had a great second half. We generated a lot throughout the game, but the goals came to us in the second half. That’s how we achieved our goal,” he said.

“I am personally happy, happy for the group. we deserved it We played a great game, we closed a great group stage and we met our goal, which was the most important thingAlvarez added.

Regarding the support of the public, Álvarez commented: “Things cross your mind, but, this is the best. Playing a World Cup with the national team, that so many people have come. The support and affection of the people is felt a lot, it is something unforgettable; We’re going to do our best for what’s to come” said Alvarez, who gave the big surprise of the previous game by confirming his entry as center forward for Lautaro Martínez.

For his part, Rodrigo De Paul highlighted that “hand in hand with the captain who manages this boat (by Lionel Messi) the team will try to reach as high as possible” in the World Cup in Qatar, “because the whole group is convinced of what we have to do, of how we should play, just like we did this time,” said the Atlético Madrid midfielder in statements in the mixed press zone.

“During the 90 minutes the team showed a great game, I think that despite ending the first half 0-0, the team was not confused, that the way forward was how we did it at that stage” analyzed De Paul who thought that “with that conviction of how the game had been prepared, luckily we saw a very solid Argentine team,” he considered.

De Paul finally stressed that “Already in the second half with Mexico, before Messi’s first goal, the team had begun to insinuate the style with which people had become accustomed to it, which we confirmed today throughout the game. That’s why I’m happy and we all feel more and more comfortable to advance in our objective”, sentenced the footballer.