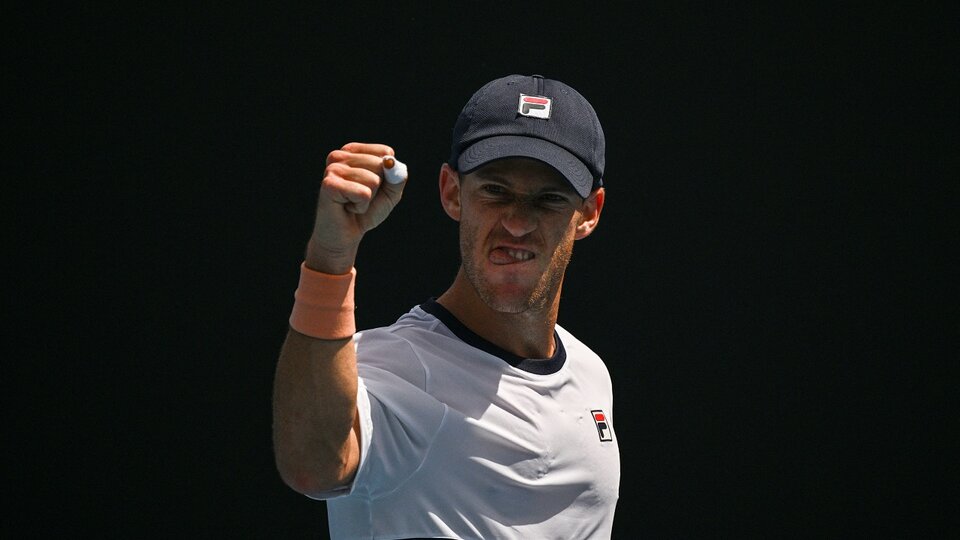 diego schwartzmannumber 25 in the ranking and the best-placed Argentine in the same, advanced in the early hours of this Tuesday to the second round of the Australian Open by beating the Ukrainian Oleksii Krutykh (188th) 6-4, 6-7 (6), 6-3 and 7-6 (5).

El Peque needed three hours and 55 minutes to defeat the Ukrainian who came from qualifying and in the next phase he will face the American JJ Wolf (66th)who for his part eliminated local Jordan Thompson (88th) 6-3, 3-6, 6-4 and 7-5.

the porteño thus ended a streak of 8 straight losses at the same time that he managed to overcome the discomfort in the left thigh that made him leave the recent tournament in Auckland, New Zealand, and that cast doubt on his participation in the first Grand Slam of the year.

“I took a lot of medication to feel less and yesterday I managed to play some points with one of the boys that the tournament offers to train ”, explained the Peque in this regard.

While on the bad results he accumulated, Schwartzman considered: “Being Latino and being so far away, it is true that you feel tired. I had five very regular years and these two months of downturn never happened to me”.

The next matches of Podoroska y cía.

So things, Argentina has four representatives in the second round of the Australian Openwhich went from intense heat (thermal sensation of 37 degrees) to rain this Tuesday.

This Wednesday from 9:00 p.m., Tomás Etcheverry (79th) from La Plata will go against the Italian Jannik Sinner (16th), while still with a schedule to be defined, Francisco Cerundolo (29th) will face the Frenchman Corentin Moutet (62nd) and the aforementioned schwartzmann will play against Wolf.

The world number 3 and second seed, the Norwegian Casper Ruud, is beating the Czech Tomas Machac (110th) at the start of their match, 6-3 in the first set. While the clash between the Serbian favorite Novak Djokovic (5th), nine times champion of the contest, and the Spanish Roberto Carballés Baena (75th), televised by ESPN and Star+, has just started.

Rafael Nadal (2nd) will be playing from 00 on Wednesday -scheduled time- against the American Mackenzie McDonald (65th) to advance to the third round, while the Greek Stefanos Tsitsipas (4th) will do the same against the local surprise Rinky Hijikata (169th).

France grants visa to cousin of Mahsa Amini, threatened with death by Iran