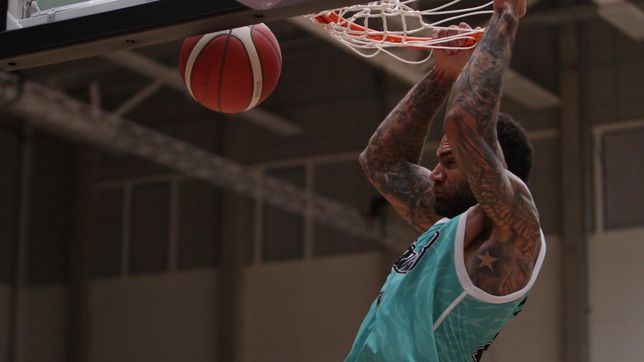 Jeffery Matthew Taylor (33 years and 2.01 m) had to change airs last year after seven seasons at Real Madrid. The white team announced on June 25 that it no longer had one of the pillars of the Laso era from 2015 to 2022, an elite defender who closed his golden age at the club with an enviable record: one Euroleague and one Intercontinental, three Copas del Rey and four Leagues and Super Cups.

His new destination was long in coming. But he came. On December 23, the Swedish forward, with a US passport, joined BC Wolves until the end of this seasona team created in the summer of 2022 to play in the Lithuanian League under the orders of Rimas Kurtinaitis.

A strike of almost six months that does not seem to have affected Taylor, who has marveled in his first three games in which he has averaged 20.6 points (38.1% from the triple) and 4.3 rebounds for a 30 efficiency! A contribution that has given the Wolves two more victories in the LKL against Rytas (76-88) and Uniclub Casino-Juventus (81-86) to settle in third position with a record of 11-5 and a defeat, in the Citadele KMT (King Mindaugas Cup), against Zalgiris (95-79).

Magnificent figures that correspond to the wishes that the player had when he signed for Wolves: to have a leading role, as a leading actoraway from his more defensive role in a white team in which his averages were very different. In ACB, the Swede made 5.7 points (42.3% from the perimeter) and 1.6 rebounds for an average efficiency of 4.4. A script almost traced to that of the Euroleague: 4.6 points (37.3%) and 1.7 captures for a 3.5 valuation. Taylor is sweet.

ICC In Phishing Scam: $2.5 Million Scam With ICC, Learn About The Whole Thing