KARACHI: The airport management has taken a major decision on the issue of unusual rush at Jeddah’s North Terminal and several hours delay in departure of flights.

Jeddah Airport’s board of directors has fired the company’s chief executive officer (CEO) Ryan Trabzoni over allegations of mismanagement.

In this regard, the sources said that Ayman Abu Aba has been appointed as the new CEO of Jeddah Airport in place of Ryan Trabzoni.

According to sources, the board of directors decided to replace the CEO on the grounds that the airport was not functioning properly and administrative matters were failing. 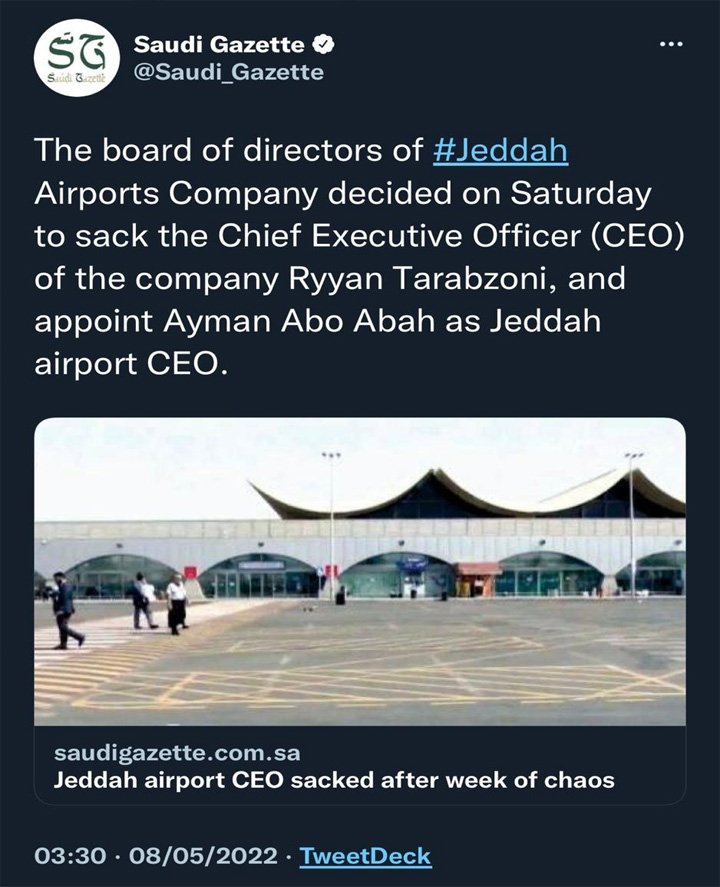 An emergency meeting of the board of directors was convened yesterday to discuss the emerging challenges and issues at the airport over the past few days.

Read more: Why the unusual rush at Jeddah Airport? The reason has come to light

It is to be noted that the flight schedule was severely affected due to the huge rush of pilgrims from different countries returning home from Saudi Arabia after performing Umrah.

Security checks at the airport and long queues of passengers also affected the immigration process. The delays were also due to unavailability of bridges for parking of ships and passengers.