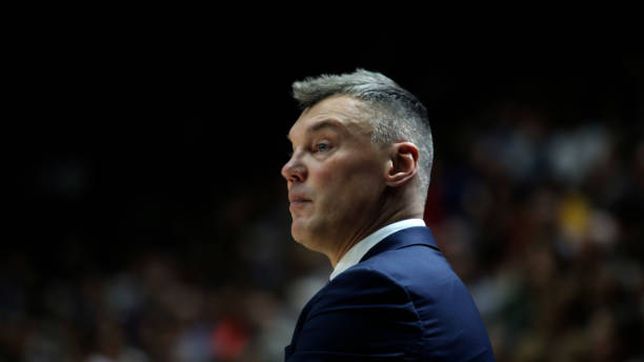 The Barça coach, Sarunas Jasikeviciushighlighted the scoring contribution of Alex Abrines in the first half and Cory Higgins in the final minutes in the victory of the Barca team this Wednesday on the track of the ASVEL Villeurbanne (75-82).

“We found open already in the first half Higgins in the end. In general, it was not our best game, we lacked ambition and many other things”, assured the Lithuanian coach after the game before the television cameras.

The Barça coach highlighted his opponent’s toughness: “It’s always difficult to win here. ASVEL always fights and puts us in trouble. In the end it was about finding a way to win and we did it.”

“The most important thing is to improve. We know we need to. Hopefully, in a little while, we will be able to show our real version, that today we have not been able to show ”, he pointed out.

For his part, power forward Nikola Miroticnamed man of the match for his 19 points Y 25 valuation, valued the victory: “Always hard against this opponent. we had some ups and downsbut we try to be consistent especially in defense. It was a good win. There are many things to improve, but we are happy to have won the match.”

“We’ve suffered. We knew we had to be more physical and take the game more seriously from the beginning. So we did. We have to improve as a team during the 40 minutes and I don’t have so many ups and downs, but I’m proud of my team”, concluded the Barça player.