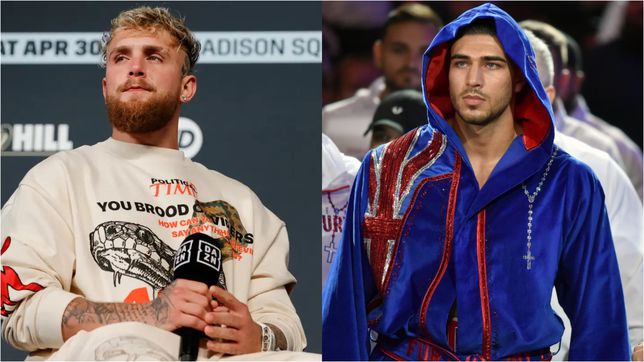 Is the third time will be the charm? One of the most anticipated fights is that of the youtuber jake paul against Tommy Furybrother of the ‘Gypsy King’, which could be a reality this year, or at least that’s what the MMA expert journalist Ariel Helwani pointed out.

For the third time in recent months, both fighters agreed to fight on February 25. The other two occasions ‘Tommy’ ended up canceling due to different circumstances.mainly his prohibition to enter the United States for his ties to Daniel Kinahan.

Fury retired in 2021 due to injury and then unable to enter the United States for the 2022 showdown. These two have been feuding for years, going back and forth with each other on social media. Tyson Fury has even weighed in on occasion.

Jake Paul’s last fight was against the legend of the UFCAnderson Silvawho he prevailed by unanimous decision to remain undefeated in his boxing career, while Fury beat Rolly Lambert in an exhibition fight in Dubai.

YOU MAY ALSO LIKE: Eddie Hearn; Anthony Joshua will return to the ring in April

Jake Paul vs. Tommy Fury is a done deal for Feb. 25, per sources.

Where will they fight?

So far, no details of the venue have been revealed. both boxers will fight, although the United States is ruled out because Tommy Fury is still not allowed to enter the country.

Nevertheless, some point out that Saudi Arabia could be the chosen venue for the fight between the two boxers to take place. Another option could be the UK, where Tommy Fury is from.