I come from a family of seven siblings and am well aware of the uniqueness and good fortune of having grown up in a large family. Even so, when I was a child, it was not common to find families that large. The fertility rate (the average number of children a woman has) has dropped dramatically in recent decades. According to a 2017 study by the Institute for Health Metrics and Assessments at the University of Washington, in 1950 women had an average of 4.7 children, and that number is expected to drop below 1.7 by the year 2100.

In addition to all the problems related to the aging of the world population that we anticipated in the first chapter (increase in life expectancy in the face of a low number of births), the statistics show a significant change in reproductive patterns in the last century and, obviously, much more pronounced if we go back to prehistory. The age at which women have their first child in industrialized societies is increasingly behind. The average in Europe is around 30 years old, much later than can be expected in a hunter-gatherer population estimated to be around 18 years old. If we look at all the physical problems whose expression was associated with longevity, we could say that this is not a country for old people, as the title of the novel by award-winning writer Cormac McCarthy states. However, at the other extreme, considering the drop in birth rates, No Country for Children might be a more accurate version of that title for today’s world.

The average age at which women have their first child in Europe is around 30 years, much later than would be expected in a hunter-gatherer population, which is estimated to be around 18 years.

Among the reasons for this change in the birth rate, the incorporation of women into the world of work, the economic difficulties of maintaining large families in a narrow and unstable economic context and greater access to contraceptive methods, which facilitates the choice of number of children you want to have. These changes in the reproductive patterns of human populations and societies over time can affect the development of tumors in the tissues of the reproductive system, creating an entirely new hormonal environment for the female body.

There are hereditary or familial cancers, those in which the genetic predisposition to suffer is passed on to the offspring. When we say that “cancer is hereditary”, it does not mean that we pass the tumor on to our children, but it means that we pass on a specific mutation to our progeny that gives them a greater susceptibility to suffering from this specific neoplasm. It is estimated that up to 10% of cancers may be familial, with breast, ovarian, colon and endocrine system cancers being the most frequent.

In addition, a number of external factors are known to favor cell damage and, consequently, the abnormal and uncontrolled growth of a tissue. If a greater genetic susceptibility is added to these contributing factors, the chances of developing cancer increase, although this does not imply that it certainly will.

The increase in cancers related to the female reproductive system and the differences between different countries and cultures have alerted to the possibility that there are extrinsic factors behind the increase.

In 2020, the WHO revealed that breast cancer has overtaken lung cancer to become the most common tumor in the world. The significant increase in cancers related to the female reproductive system, especially breast cancer, and the differences between different countries and cultures, have raised the possibility that there are extrinsic factors behind the increase. We will see. 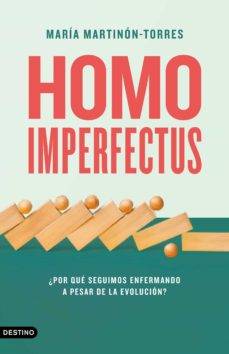 A menstrual cycle is characterized by major changes in hormone concentrations, which will affect the ovarian, uterine and breast tissues. It is known that there may be a link between breast cancer and exposure to ovarian hormones during a normal menstrual cycle. In general, the more periods a woman has over her lifetime, the more exposed she is to breast cancer. A woman who has had many menstrual cycles because she had menarche (first period) too early and menopause too late, and who has had no menstrual interruptions due to pregnancy or lactation, will be more likely to have ovarian cancer than a woman who has had several children. It is easy to infer that, in this specific aspect, women hunter-gatherers, with more children and more periods of amenorrhea, would be more protected than women in industrialized societies. But the story has many ramifications.

Oral contraceptives, commonly known as “the pill,” are medications that contain synthetic versions of female hormones, such as estrogen, progesterone, or their derivatives. Its use has contributed to the creation of a new hormonal environment, which has effects on a number of tissues susceptible to female hormones, such as the uterus, breast tissue and ovaries. These contraceptives prevent pregnancy by inhibiting ovulation (the release of eggs from the ovaries) and by changing the lining of the uterus (endometrium) and the lining of the cervix.

Some types of oral contraceptives may protect against ovarian and endometrial cancer, but increase the risk of cervical and breast cancer

It is now known that some types of oral contraceptives may protect against ovarian and endometrial cancer, but increase the risk of cervical and breast cancer. The specific mechanisms are not yet known, but we would be talking about hormonal cocktails with sometimes contradictory effects, as they would induce cellular changes —for example, in the breast or cervix — that could end up being malignant and, in turn, protect the ovary. or the endometrium of hormonal influence through the inhibition of the menstrual cycle. In this complex and innovative context, we see that biology is intricate and that the same substance can have both a positive and a harmful effect because it acts in several different circuits. This crossfire of hormonal effects is uniquely modern and, moreover, varied.

Humans are distinguished from other great apes by the development of cultural norms and preferences about sex and marriage, which have a direct impact, as we see, on birth control, further complicating the task of natural selection to find a universal solution that works for almost all. of us, because each person is, deep down, a world. Our societies span a diverse range of reproductive patterns: from women with many children to women who have none, and from young mothers to elderly mothers. With such a varied casuistry, it is even more difficult for natural selection to get it right.

Each time and each society has its risks, each lifestyle has its advantages, but also its challenges. Some of these challenges are so recent that they have not passed the scrutiny of natural selection.

There is no drug that does not have potential side effects or contraindications. However, after weighing the pros and cons, we chose to take them because we have more protection. In general, each new adaptation will also bring the loss of a skill or precision in its execution, but it opens the door for us to survive in a different scenario.

Living is also not without contraindications. Throughout these chapters we see that each time and each society has its risks, each lifestyle has its advantages, but also its challenges. Some of these challenges are so recent that they have not passed the scrutiny of natural selection.

Each one will be able to assess – although not choose, because time travel has not yet been invented – in which time they would have preferred to be born and even from which they would prefer to die. There will be those who, à la James Dean, would rather live fast, die young and leave a beautiful corpse. Others will prefer to live a long life and burn out the game with all its contraindications, willing to pay the fees that living many years entails (cancer, one of them). The universal truth is that there is no society, culture, lifestyle, or age in which man escapes death. The reader may have already heard the expression “you only live once”, but also its counter-response: “No, you live every day and you only die once”.

Title: Homo imperfectus. Why do we continue to get sick despite evolution?