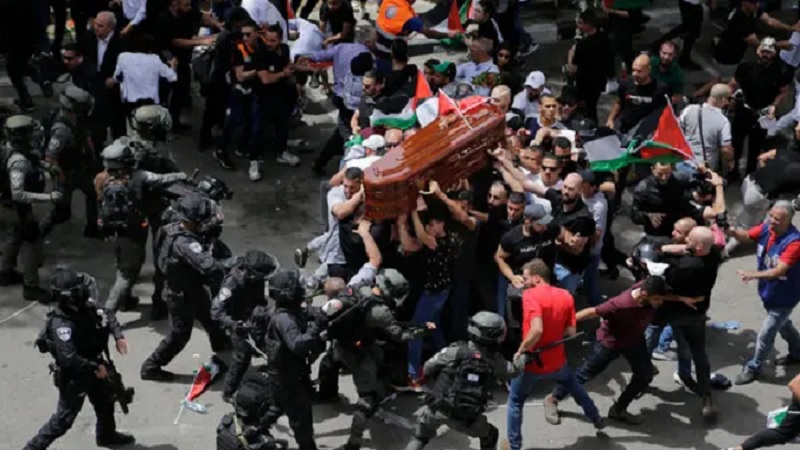 According to the AFP news agency, thousands of people attended the last rites of Palestinian journalist Shirin Abu Aqila in the old city, but at the time of the funeral, the Israeli police attacked the participants.

Shereen Abu Aqila, a Palestinian-American journalist, was shot in the head by Israeli forces.

The European Union (EU) has condemned an Israeli airstrike on a Palestinian journalist’s funeral, saying he was “shocked” by the Israeli police’s use of force. 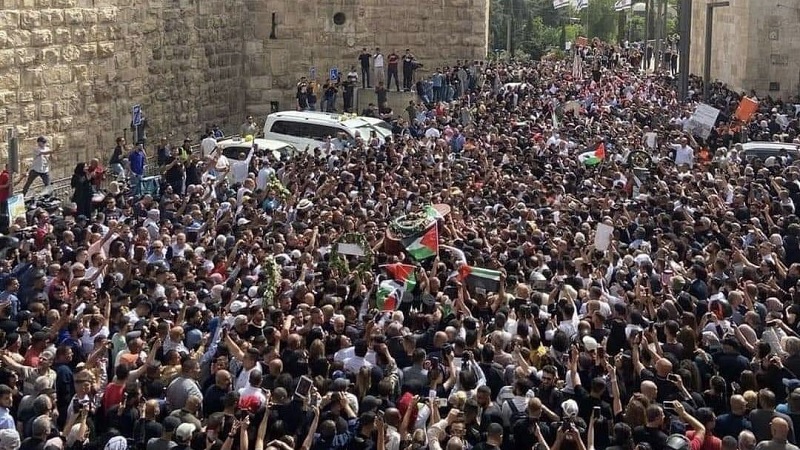 According to the Jerusalem Red Crescent, 33 people were injured in an Israeli police attack during the last rites of Shirin Abu Aqila, six of whom had to be hospitalized.

Israeli police claim to have arrested six people since the journalist’s last rites.

After the incident, the coffin of journalist Abu Aqila was placed in a car and taken to the Cathedral of the Annunciation of the Virgin for the last rites.

The brutality, cruelty, and vindictiveness of Israeli occupation and apartheid, in life and in death. Day in and day out. Nothing isolated about this.

Anyone who denies such horrific realities for Palestinians are entirely morally bankrupt & racist.
pic.twitter.com/fiAnrBr5v7

The United States has also called the violence at a Palestinian journalist’s funeral in occupied Jerusalem “extremely disturbing.” Washington says “extremely disturbing” footage from the funeral of Al Jazeera reporter Shereen Abu Aqila has surfaced, in which Israeli police are seen attacking participants.

In the DRC, at least 27 civilians massacred in North Kivu