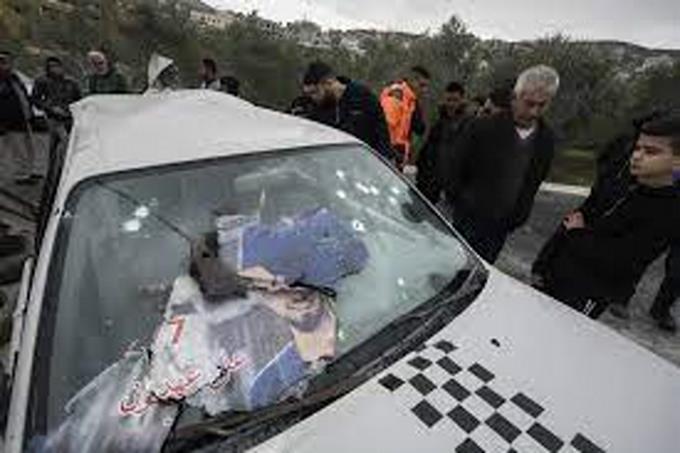 Israeli soldiers shot and killed two Palestinians during a military raid in the occupied West Bank early Saturday, and a third Palestinian died of injuries sustained in another raid nearly two weeks ago, according to Palestinian health officials.

The army explained that its soldiers opened fire in the village of Jaba after gunmen fired at its soldiers from a car. The soldiers later confiscated an M-16 rifle in the vehicle, he added.

The incident brought to 11 the number of Palestinians killed in clashes with Israelis so far this year, as deadly clashes in the area, which began in 2022, show no sign of abating.

The Palestinian Health Ministry identified the victims as Ezzeddin Hamamrah, 24, and Amjad Khleleyah, 23. Jaba is south of Jenin, a northern West Bank city that has seen some of the most intense fighting in nearly a year. of violence.

According to the ministry, 19-year-old Samer al-Jaabari died from injuries he sustained on January 2 in clashes west of Jenin.

Al-Jaabari was wounded when Israeli troops entered a village to bulldoze the homes of two Palestinian gunmen who had killed a soldier in a shootout in September. Two Palestinians, including a shooter, died in the confrontations that day.

Israel stepped up its military incursions last spring after a series of Palestinian attacks on Israelis that killed 19 people. Israel says the operations are aimed at dismantling insurgent networks and thwarting further attacks, but Palestinians see them as entrenching Israel’s 55-year occupation of the territories where they want to establish their future state.

Nearly 150 Palestinians were killed by Israeli fire in the West Bank and East Jerusalem in 2022, according to the Israeli rights group B’Tselem, making last year the deadliest since 2004.

According to the Israeli army, most of the Palestinians killed were insurgents. But among the victims there are young people who threw stones in protest against the searches, among others. Palestinian attacks, meanwhile, caused a total of 31 casualties last year, according to Israeli figures.

Israel captured the West Bank, East Jerusalem and the Gaza Strip — the territories claimed by the Palestinians — in the 1967 Six-Day War. Since then, Israel has settled some 500,000 people in around 130 outposts spread across the West Bank, populated that both the Palestinians and much of the international community see as an obstacle to peace.