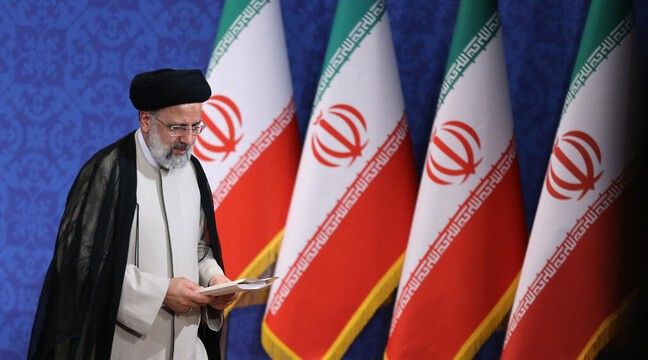 It is the most affected country in the Near and Middle East. More than 500 coronavirus-related deaths have been recorded in the past 24 hours in Iran, a record since the start of the pandemic.

Iran officially recorded 542 deaths and 39,619 new cases in 24 hours, two records that bring the total death toll to 94,015 out of 4,158,729 cases of Covid-19 infection, the Health Ministry said. Iran had crossed the symbolic mark of four million cases on Wednesday, while the number of contaminations had also reached a new record for the third day in a row. The previous record for deaths was recorded on April 26, with 496 deaths.

According to the admission of national health authorities, official statistics on the epidemic are greatly underestimated. Since late June, the Islamic Republic has struggled to contain what the government presents as a “fifth wave” of the disease, transmitted by the spread of the more contagious Delta variant.

“Even if the vaccination rate accelerates, compliance with health protocols has been significantly reduced,” state television said, calling the situation “black” in the face of hospitals “going through a crisis.” Like many countries, Iran has vaccines to get out of the crisis, but the campaign launched in early February is not progressing as quickly as the authorities would like.

Smothered by US sanctions, the Islamic Republic says it is having difficulty transferring funds abroad to obtain vaccines. So far, this campaign has been carried out using the Sputnik, Sinopharm, Bharat and AstraZeneca vaccines.

Given the urgency of the situation, local authorities have also approved the use of two locally produced vaccines, including VOCiran Barakat, which however remain in limited quantities. New President Ebrahim Raïssi and Speaker of Parliament Mohammad-Bagher Ghalibaf received a first dose of the local vaccine on Sunday, state television reported.

In total, more than 12.5 million people, out of 83 million inhabitants, received a first dose, while only 3.7 million received the two necessary injections, according to the Ministry of Health.

Supreme Leader Ayatollah Ali Khamenei on Monday ordered health officials to take “necessary measures” to contain the spread of the virus after a suggestion by the Health Minister to place strict two-week restrictions in the country. Iran has so far never imposed harsh containment, preferring to resort to measures such as a travel ban or business closures.

On Saturday, the new president said a plan “to transform the way we fight the coronavirus” would be considered next week, without further details. He also promised to support “Iranian vaccine production” without “hesitating” to import them from abroad.

Cardano stablecoin Djed will be launched next week