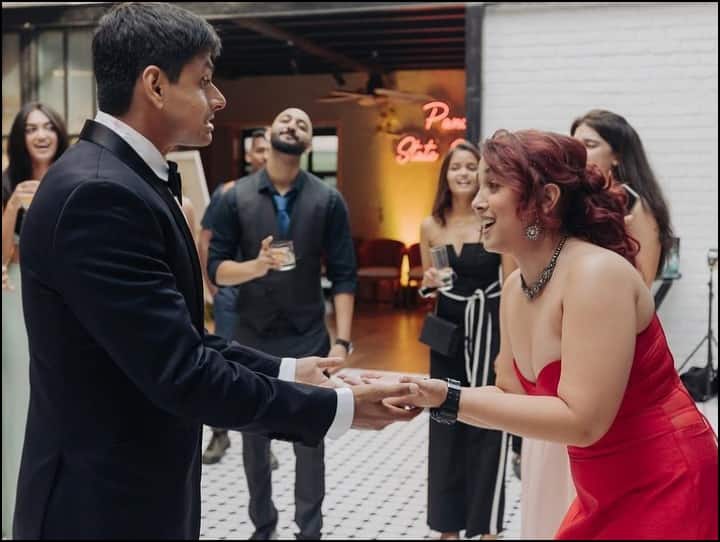 By the way, Ira Khan, daughter of Aamir Khan, is always part of the spotlight. However, after her engagement to her longtime boyfriend Nupur Shikhare, she is generating a lot of hype regarding her engagement photos and videos.

Post engagement Ira Khan shares engagement related pictures on social media. Fans of her really like these photos of her. Meanwhile, Ira shared some more photos and talked about the person she was happiest with her engagement.

The person Ira has spoken about is none other than her future mother-in-law i.e. Nupur’s mother Pritam Shikhare. Ira has shared some pictures of her on her Instagram, in which Pritam is seen enjoying the engagement party. In these images, she looks very happy and is dancing with the people there. In one photo, she is also seen dancing with Aamir Khan’s ex-wife Kiran Rao.

Sharing these images, Ira wrote in the caption: “Have you met the happiest and funniest person in our engagement?” Furthermore, he was also a mentor to Pritam Shikhare.

However, Ira Khan and Nupur Shikhare have reportedly been dating since the year 2020 but both revealed their relationship in the year 2021 via social media. At the same time, after two years of dating, they both got engaged. Their engagement took place on November 18.