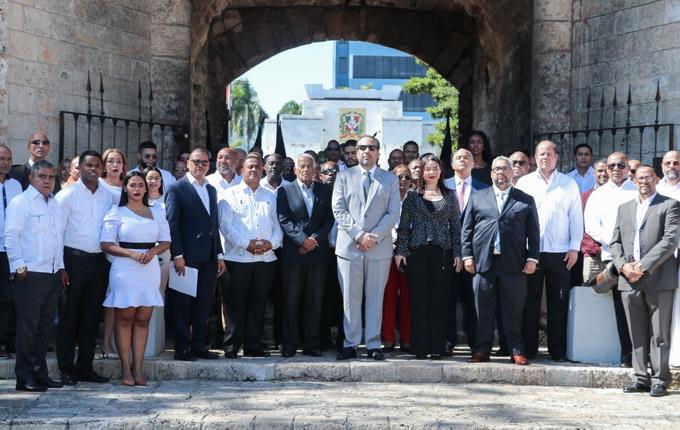 The National Institute of Physical Education (INEFI) celebrated its Silver Anniversary with physical education and school sports on Monday, in which its executive director Alberto Rodríguez spoke of the great challenges for the year 2023, and of the mission that the President of the Republic, Luis Abinader, entrusted to him in that institution.

After leading a thanksgiving mass to commemorate the 25th anniversary of the founding of INEFI in the First Cathedral of America, Rodríguez pondered the enormous responsibility that weighs not only on him, but on the entire family of physical education at the national level.

“I came here, where the president, Luis Abinader, confers responsibility on us, we have to ask God not only to count on the government, but on all sectors of society, because we have a stronger task than I thought ”, stated the executive director of INEFI.

He maintained that the country’s young people are losing themselves in the streets, but, with a strategic plan, “we can help these families to see if these young people remain longer in schools and colleges than in their homes.”

“Today, teachers have more responsibility than ever and we have to continue advancing to develop youth and eradicate vices, through education, through sports,” he stressed.

For Rodríguez, this is a moment of changes and great relevant transformations in the INEFI and for this he counts on all those who play a role in physical education and school sports.

Personalities from the business, political, and social worlds accompanied the executive director of INEFI to the homily officiated by Reverend Nelson Clark at the Cathedral.

After the thanksgiving mass in the Cathedral, a commission from INEFI, headed by the executive director and all his work team, teachers, technicians and staff from the entity, went to the Altar de la Patria, where they deposited an offering floral, as part of the official acts of the 25th anniversary of the foundation.

Rodríguez highlighted the value and importance of national symbols, indicating that as a Dominican he always values ​​the efforts of the founders of La Trinitaria, as well as the creators of our nationality.