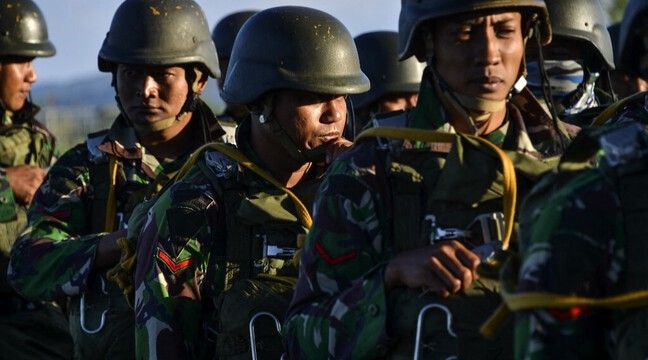 Seven months in prison for having sex with another man. It is the sentence imposed on an Indonesian soldier, the armed forces of this Southeast Asian country prohibit homosexual relations.

The 29-year-old soldier based in Kalimantan, the Indonesian part of the island of Borneo, was also expelled from the army, according to a July 15 military court ruling published this week.

“The accused had been warned by his superiors that all LGBT behavior was prohibited, but it persisted,” the 71-page document indicates. Same-sex sexual relations “are considered deviant sexual behavior, and damage the reputation of the military,” it specified. The court decision includes a description of the soldier’s relationship with another soldier who was called as a witness in this case.

In July, a sailor from the Indonesian naval forces had already been sentenced to five months in prison for having sex with another soldier.

The NGO Amnesty International said last year that at least 15 soldiers and police officers had been removed from their posts for having sex with a person of the same sex in recent years in the country.

Homosexuality, prohibited by military regulations, remains legal in Indonesia, a country with the largest Muslim population in the world. But Indonesians in the LGBT community face a lot of discrimination and some have been arrested under an anti-pornography law.

In the Indonesian province of Aceh, the only one that follows Sharia, Islamic law, same-sex sexual relations are punishable by flogging.

In Vietnam, homosexuality is slowly shedding the taboo that surrounds it.