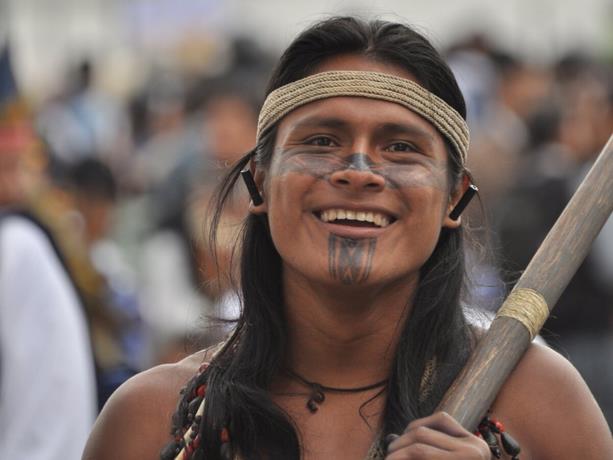 The ancestral knowledge of four Colombian indigenous peoples was recognized Tuesday on the list of intangible cultural heritage of humanity by the United Nations Educational, Scientific and Cultural Organization (Unesco).

The decision to include it on the list was taken from Morocco, where the Intangible Cultural Heritage Committee meets to examine 56 candidacies. The list seeks to recognize and promote the diversity of cultural practices and community knowledge.

Unesco indicated that the wisdom of the Kogui, Wiwa, Arhuaco and Kankuamo peoples plays a “fundamental” role in the protection of the ecosystem where they live, called the Sierra Nevada de Santa Marta, which rises from the Caribbean coast and which in its parts Altas has snow-capped mountains, lagoons and moors.

“Since the light of the world was created, indigenous peoples have the mission of caring for the earth and saving the world,” said Leonor Zalabata, the first ambassador of indigenous origin that Colombia has had before the UN, from Morocco. “It is necessary to recognize that our traditional knowledge is as valid and current as scientific knowledge,” she added.

The knowledge system of these Colombian indigenous peoples is based on the “Origin Law”, their own philosophy that contains teaching, learning and behavior codes, as explained by the Colombian government in a statement.

Their system of knowledge includes the conservation of sacred places, traditional songs and dances, and baptism and marriage rituals, as well as the relationship with plants and animals.

Ambassador Zabaleta explained that said law makes them feel the intangible of the spirit that unites them with other living beings such as plants or animals that “also have their own spirit.”

The inscription on the representative list of the intangible cultural heritage of humanity was achieved by Colombia after a 10-year process with indigenous communities.

The Colombian government considers that its inclusion will promote respect for indigenous peoples.

An attempt to treat a newborn girl with a hot rod