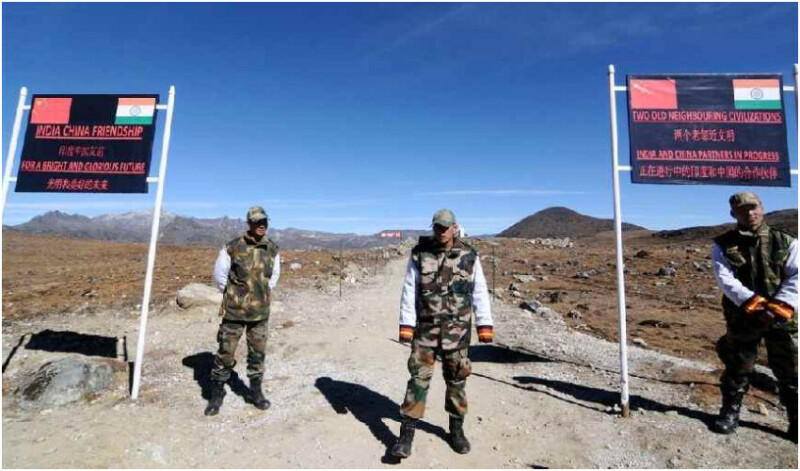 The Indian army, which has been attacking every day, has retreated in many border areas adjacent to China and it is being interpreted that they have not lost Indian territory.

PD Nitya, a senior police officer in Ladakh, a region bordering China, has admitted in his report that India has dug 26 out of 65 check posts in the region.

A month before the report came out, India had accused China of changing the recognized border between the two countries.

The report said that at present there are 65 check posts from Karakoram Pass to Chimmur, which have been regularly monitored but now 26 out of these 65 check posts are no longer present. This is because the BSF (Border Security Force) stationed there is not patrolling.

The report further states that China’s PLA (People’s Liberation Army of China) is occupying every inch of land in the area. would that these areas had not seen the presence of ISF or Indian nationals for a long time. The Chinese were in those areas and eventually we would lose control of those areas.

PD Nitya further wrote in his report that China took advantage of the buffer zones during the negotiations to de-escalate the tension and installed state-of-the-art cameras there to monitor the movement of Indian security forces.

The same Chinese strategy was also seen in the Galwan Valley, where 20 Indian soldiers were killed during a clash in 2020, the report said. A senior officer posted on the front line has said that if we can buy peace with China’s security forces for 4 years by retreating 400 meters, it will be worthwhile.

When Indian media contacted defense officials to confirm the report, they were told that some areas have been restricted for patrolling by both sides. India has not lost any ground, we have as many cameras and technical equipment as the PLA.