IND vs. AUS: The three-match T20I series between India and Australia will kick off on Tuesday, September 20. The first match of the series will be played at the PCA Stadium in Mohali. This will be the second meeting between the two teams on this pitch in T20 Internationals. At the same time, the Indian team will play its fourth T20 match here. India first played a T20 match against Sri Lanka here in 2009. Team India has played three matches in 13 years at this ground and won all three.

On the other hand, speaking of Australia, the Kangaroo team is looking for the first T20 International victory against India in this field. Apart from this, Australia has played two games here in which they have won one and in one they had to face defeat in the T20 World Cup 2016 against India. Team India T20 International’s record on this terrain is excellent. The last time the Indian team defeated South Africa by seven wickets here was in 2019. Three years later, the Indian team would like to stay on the winning path repeating their winning story once again.

The Indian team has never lost at T20 Internationals in Mohali. The team has played three games here against Sri Lanka, Australia and South Africa and has won all three. Let’s find out when team India won here:-

If we talk about the head-to-head record between India and Australia, so far India and Australia have met in T20 Internationals 23 times. The Indian team has an advantage over the Kangaroos. India have won 13 of these matches while the Kangaroo team have managed to win only 9 times. A match has been unsuccessful between the two teams. India has won 4 out of 7 matches on Indian soil, while in Australia, India has defeated the Kangaroo team 7 out of 12 times. Both teams have won 2-2 of 4 matches at neutral venues. 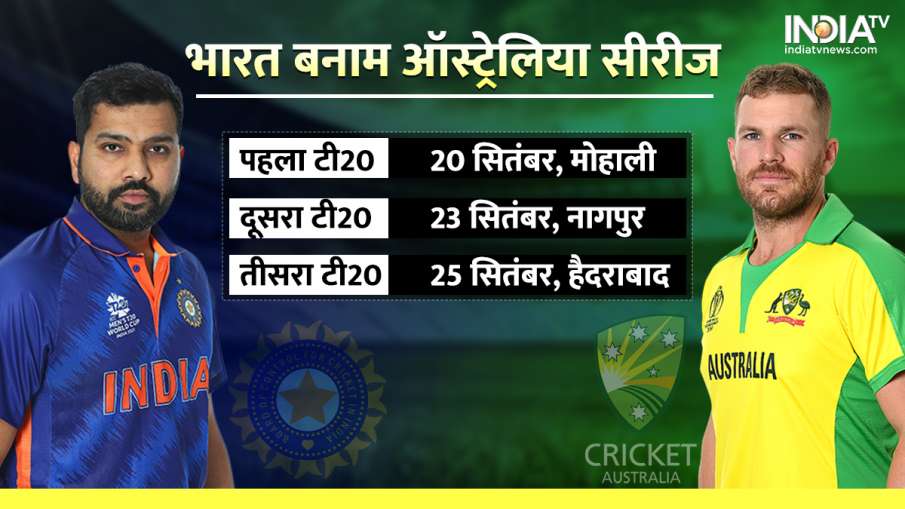