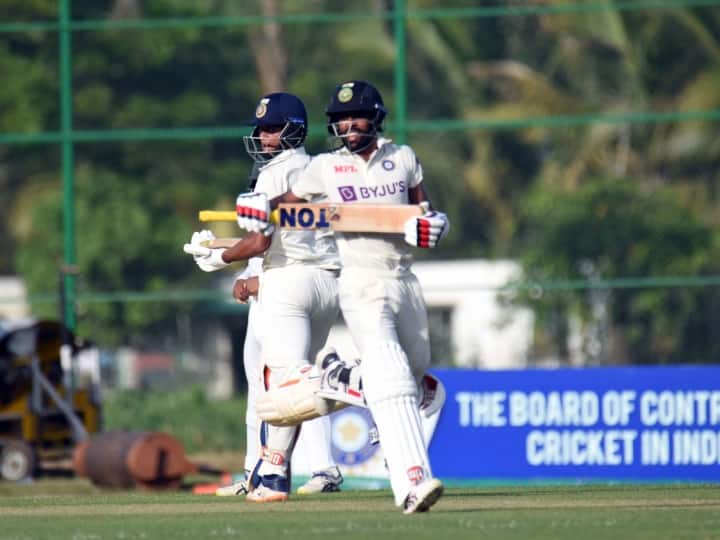 IND A vs BAN A:The first test match is being played between India-A and Bangladesh-A. The India-A team is looking for an excellent rhythm in this match. The test match began on November 29, Tuesday. Today is the second day of the test. Batting first after losing the toss, the Bangladesh-A team were down to just 112 runs. Later, India A-team opener Yashasvi Jaiswal and captain Abhimanyu Easwaran scored centuries.

Great start for the openers

The India-A batsmen, who entered the field in the first innings, found themselves in a special rhythm. Both batsmen are present at the crease having scored a century. As of this writing, Yashasvi Jaiswal is present at the crease after scoring 140 runs off 216 balls. During this, he has hit a total of 19 fours and one six. Apart from this, Captain Abhimanyu Easwaran is playing after scoring 126 runs on 231 balls. A total of 10 fours and sixes have come off his bat so far. At the same time, the Indian team has achieved a 164-run lead so far.

4 Bangladeshi batsmen returned to the arena without counting. It included opener Zakir Hasan, captain Mohammad Mithun, Rezaur Rahman Raja and Khalid Ahmed. At the same time, batsman Mossadek Hossain scored a 63-run innings. Apart from this, Shanto (19) and Taijul Islam (12) crossed double figures, all the other batsmen returned to the pavilion in single figures.