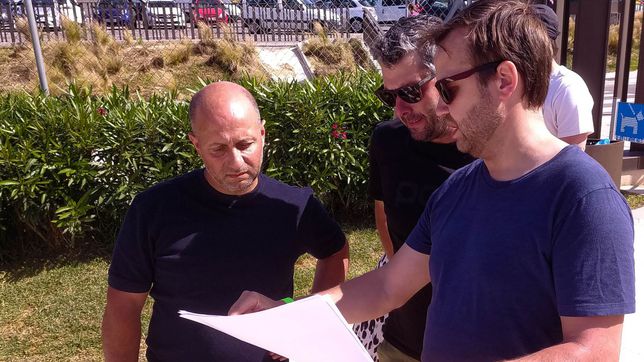 Pascual Momparler is the Spanish road cycling coach and also the main organizer of the Benidorm World Cup. His company, Momparler Cycling, is the one that he has been working on for months so that everything goes as smoothly as possible, in addition to other races such as the Clásica de Jaén (February 13). Cyclocross is a discipline that is on the rise, revitalized by Van Aert, Van der Poel and Pidcock, and also by Felipe Orts in Spain. Viewership is rising, as was proven in the Belgian tests last Christmas. For this reason, Momparler saw this niche a long time ago (the race was presented a year ago) and filled it.

Organizing a race like this depends on many factors: economic, social, fans… and Flanders Classics, in charge of managing the World Cup circuits. In fact, in Benidorm some areas had to be changed due to his contributions a few days ago, especially on television, but everything is ready for the big day in a city that “grows high” as the locals say because of its showy skyscrapers. “We are having a very nice national cyclocross party. We have the best cyclists in the world, both male and female, it’s an incredible thing and I hope everyone enjoys it. I hope it will be as I dreamed”says Momparler. The location of Benidorm is optimal because many teams are concentrated in this month of January in the surroundings. The race was signed for one year “with the idea of ​​many more” they trust from the organization.