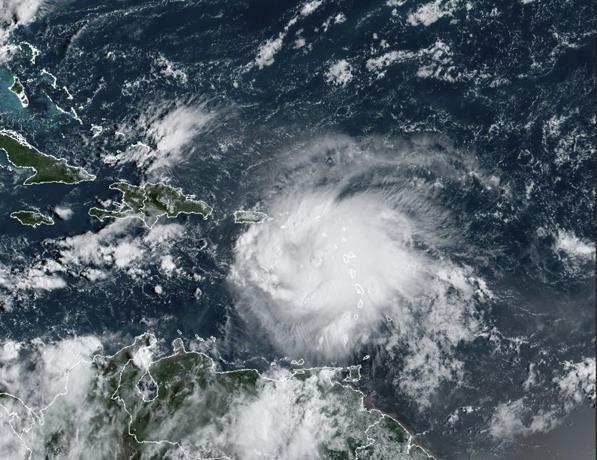 Fourteen named storms, of which eight became hurricanes, two of them major, were recorded in the Atlantic basin during the 2022 hurricane season, which officially ends this wednesday and it was average, although damage from Cyclones Fiona and Ian was extensive.

Ianwhich made landfall in Cuba and Florida (USA) at the end of September with category 4, was the most dangerous hurricane of a season that experts they had predicted that it would be "active".

Some 115 people died as a result of Ian’s passage through Floridabut there were also victims in eastern US states, where the hurricane moved after crossing the Florida peninsula from west to east, and in Cuba (at least six, according to official sources).

Ian’s damage has not yet been definitively assessed, but is estimated in more than 50,000 million dollars only in Florida.

Fiona, which also became a powerful hurricane in the Atlantic Ocean, made landfall in Puerto Rico and Dominican Republic.

More than 30 people died and the damage is estimated at 2.680 million dollars.

hurricane season average has 14 named storms, seven hurricanes and three major hurricanes, according to the US National Hurricane Center (NHC).

That of 2022 therefore falls into that category and had the particularity of a rare pause in the middle of the six-month period, which runs from June 1 to November 30.

After a quiet period in August, activity picked up in September when there were seven named storms, including the two major hurricanes Fiona and Ian.

The season also included a late storm on November 10 along the east coast of Florida.

Matthew Rosencrans, lead hurricane forecaster at the US Oceanic and Atmospheric Administration’s (NOAA) Climate Prediction Center, stressed in a statement that "La Niña conditions remained strong throughout the season, while the West African monsoon was only slightly above normal".

This season, NOAA’s Hurricane Hunter planes flew more than 582 hours to collect atmospheric data that is critical to cyclone forecasting and research.

Last May, prior to the start of the season, NOAA forecast that there would be 14-21 named storms, with 6-10 of them developing into hurricanes and 3-6 of these major-category hurricanes.

The absolute record for now is held by the 2020 season, the year of the pandemic, according to the records of the NHC, dependent on NOAA.

That year, 30 named storms formed, of which 14 became hurricanes and seven of these major category hurricanes, that is, category 3 to 5 on the Saffir-Simpson intensity scale, which is equivalent to winds greater than 111 miles per hour (178 km/h).