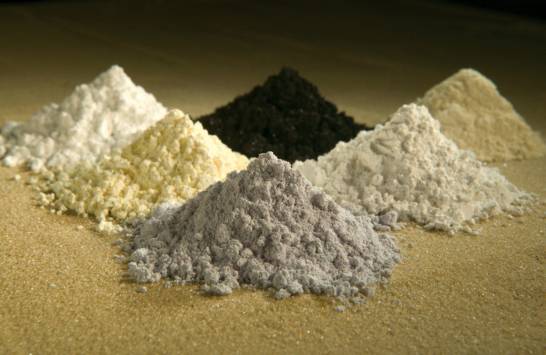 Nature has been content with a few elements from the periodic table for millions of years. Carbon, calcium, oxygen, hydrogen, nitrogen, phosphorus, silicon, sulfur, magnesium and potassium build almost all life on the planet (trunks, leaves, hair, teeth, etc.).

On the other hand, to build the world of humans, cities, sanitary products, train tracks, planes and their engines, computers or a smartphone, we need many more chemical elements.

A bibliographic review carried out by researchers from the Center for Ecological Research and Forest Applications (CREAF), the Autonomous University of Barcelona and the CSIC, warns that today 70% of the elements in the periodic table that humans use are not found in biomass.

The study, published in the journal Trends in Ecology and Evolutionalerting that the set of chemical elements that human beings need (what is known scientifically as human element) is increasingly diverging from that necessary for nature (the biological element).

In 1900, the elements used by humanity came from 80% of the biomass (wood, plants, food, etc.), but in 2005 this percentage was only equivalent to 32% and it is expected that in 2050 it will be only 20%. We are moving towards a situation where 80% of the elements we use are from non-biological sources.

The scarcity and location of non-biological elements, such as minerals and rare earths, can generate social, economic, geopolitical and environmental conflicts.

“Non-biological elements, such as minerals or rare earths, are scarce or practically non-existent in living beings and are rare in general, with important reserves in many cases located in some countries”, says co-author Jaume Terradas, founder of CREAF and professor at UAB , “must be obtained from geological sources, which implies extraction, trade between countries and development of efficient recycling technologies”.

“Its scarcity and location can generate social, economic, geopolitical and environmental conflicts”, he warns. Sustaining the human element will be increasingly complex and risky, it will have to be done in terms of environmental justice and, of course, with a more rational use of Earth’s limited resources.

Expansive use of the periodic table

The work reviews the history of mankind using elements from the periodic table. According to the article, the human element began to diverge from the biological element at the beginning of the 20th century, associated with the continuous increase in the consumption of materials that did not come from biomass (fossil fuels, metallic, industrial and construction materials). .

“Human beings have gone from using common materials such as clay, stone or lime, whose elements are continually recycled in the soil, nature and atmosphere, to the use of many other elements, especially those known as rare earths. , comments Jordi Sardans, another of the authors of the study.

The human element gained elements from the periodic table, used in construction, transport, industry and new technologies such as computers and cell phones.

Throughout the 20th century, the human element gained elements from the periodic table, used in construction, transport, industry and, more recently, in new technologies such as computing devices, photovoltaics and telephones.

These elements include silicon, nickel, copper, chromium, gold and much less frequent ones such as samarium, ytterbium, yttrium, neodymium, etc. In the last two decades, the use of these scarce elements has increased to implement and expand the use of new technologies and clean energy sources.

“We are experiencing an annual growth in the consumption/extraction of mineral elements of around 3%, which will continue until 2050. In this scenario, it is possible that the reserves of some of these elements will run out in 2050 (gold and antimony) or in less 100 years (Molybdenum and Zinc)”, adds co-author Josep Peñuelas.

It is possible that the reserves of some of these scarce elements will run out in 2050 (gold and antimony) or in less than 100 years (Molybdenum and Zinc).

The article is conclusive: the extraction of chemical elements from the Earth can be limiting and lead to crises at all levels. Using more elements from the periodic table means extracting more minerals, increasing energy consumption and associated CO2 emissions.

In addition, the growing scarcity of these elements threatens their availability, especially for poor countries, and even makes it difficult to maintain production in rich countries, affecting economic development.

The article is conclusive: the extraction of chemical elements from the Earth can be limiting and lead to crises at all levels

In this context, geopolitical aspects also play an important and problematic role. Natural reserves of several of these elements, such as rare earths, are found in a limited number of countries (China, Vietnam, Brazil, United States, Russia and the Democratic Republic of Congo), with more than 90% of the supply and about 40 % of reserves under Chinese control.

Its availability is therefore subject to supply and price fluctuations due to conflicting geopolitical interests, with the consequent risk of conflicts.

The authors emphasize that it is necessary to put an end to planned obsolescence (planning policy or design of a product with an artificially limited useful life) and to develop new technologies that favor a more profitable use of these scarce materials and that allow their recycling and dissemination and efficient reuse.

There are currently few alternatives for many of these items and their recycling rates are low because small amounts are used in combination with other materials in a wide range of products. Current recovery techniques have low levels of efficiency and carry a high risk of contamination due to the toxicity of rare earth elements.

Current recovery techniques have low levels of efficiency and carry a high risk of contamination due to the toxicity of rare earth elements.

The article includes several technologies to recover these scarce elements, such as bioleaching, which is the extraction of metals from their ores through the use of living organisms, such as bacteria, which are capable of accumulating rare earth elements if they come into contact with waste. .

On the other hand, to avoid contamination, biosorption is being studied, a physical-chemical process that occurs naturally in certain organisms and that allows filtering contaminants, for example heavy metals, from contaminated water.

Other possibilities are cryomisification, recovery by electrochemical deposition; using carbon nanomaterials as sorption methods to preconcentrate rare elements from wastewater; hydrometallurgy for high recovery of rare earths and heavy metals from apatite and various residues; and pyrometallurgy or supercritical fluid extraction with CO2.

Anyway, the development of new ways to produce and recycle these elements on a large scale is fundamental, according to the authors.