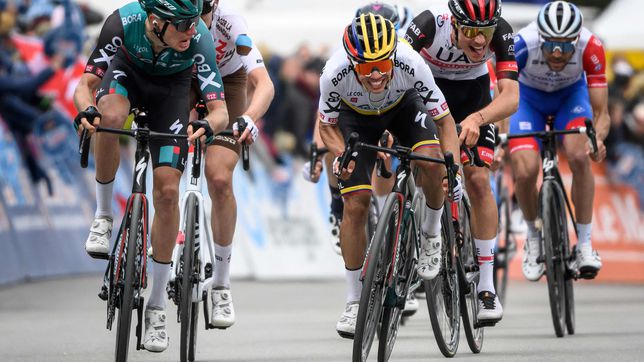 The UCI (International Cycling Union) starts up again. The first days of January live the first cycling events, in one of the most vibrant sports. The body that governs this discipline has made several decisions for this new year, and one of the most relevant is related to the distribution of points and the classification.

There are several details to take into account in this regard. One of the most important is that the ICU has wanted to give more importance to the great tests, as is the case of the Tour de France, Giro d’Italia and Vuelta a España. In this case, more points will be awarded, with the aim that the teams can focus more deeply on these tests.

The operation of the UCI ranking

First of all, one must address what is the ranking of the UCI (International Cycling Union). Since 2016 the scoring criteria were established although it has had numerous variations since its creation. The current format, modified in 2020 (calendar and points), establishes all the cycling races that include: UCI WorldTour, UCI Continental Circuits, Road Cycling World Championships, Olympic Games, National and Continental Championships. The objective is to qualify and assess the season of all cyclists during the calendar year.

The most important thing when learning about this system is that there are three fundamental classifications, which are the UCI World Ranking individual, by teams and by nations. In the case of the first, the classification is calculated on the 52 competition weeks. The rankings are updated weekly, like the tennis circuit ATP or WTA, and the cyclist who has obtained the most points at the end of the year will be the annual winner. In the case of the team classification, the final position of each one is calculated by adding the points of all the cyclists of the team throughout the year. In the last ranking, by nations, there is a small difference and that is that it bases its score based on the continental ranking, which corresponds to the races grouped by continents, so that only the eight best cyclists are the ones that contribute points to their nations. .

The great Tours will have more points

One of the aspects that has drawn the most attention to the modification of points that has been made by the ICU it has to do with the big ones Vueltas (Tour de France, Giro d’Italia and Vuelta a España). in this 2023the decision has been made to place greater unit weight on overall wins and podiums achieved at these events.

In the case of the French race, the winner will pocket an amount of 1300 points, substantially exceeding the 1000 that have been delivered in previous years. In the event that a second position is achieved, the units that are going to be obtained in the gala test go from 800 to 1040.

On the other hand, following these changes, the Italy spin has also been affected. In this case, the amount of points that the winner will get for winning the title goes from 850 to 1100the same assumption as the Back to Spain. In the case of the runner-up, the units that they will obtain for having reached the second drawer of the podium will be 885an amount slightly less than that obtained in the Tour de France.

The UCI ranking, in three years

Another of the most relevant aspects that should be highlighted about the new distribution of points of the ICU it has to do with the accumulation of units in the next three years. According to what the organization itself has announced, this ranking “accumulates the points of the best team riders up to a maximum of twenty″. This is very relevant, since until now, the number of cyclists that could join was 10which is a clear increase.

In the past 2022, Movistar He flirted at various times with the feared descent. Finally, thanks to the points obtained in the last few races, the Spanish team has been able to stay one more season in the top flight. Now, in this ‘triennium’, the blue team will be able to have more options, since the intention with which the ICU has launched this measure is to give greater importance to the Grand Tours.

The update will be done once a week

Another aspect that should be taken into account regarding the ranking of the ICU and the changes that are going to take place have to do with the updates. In the case of the team classification, at least once a week, adding the points obtained by the twenty best cyclists “under contract” while this classification is carried out.

From the controversy of ‘Pathan’ to its premiere, Shahrukh Khan said it all even without speaking