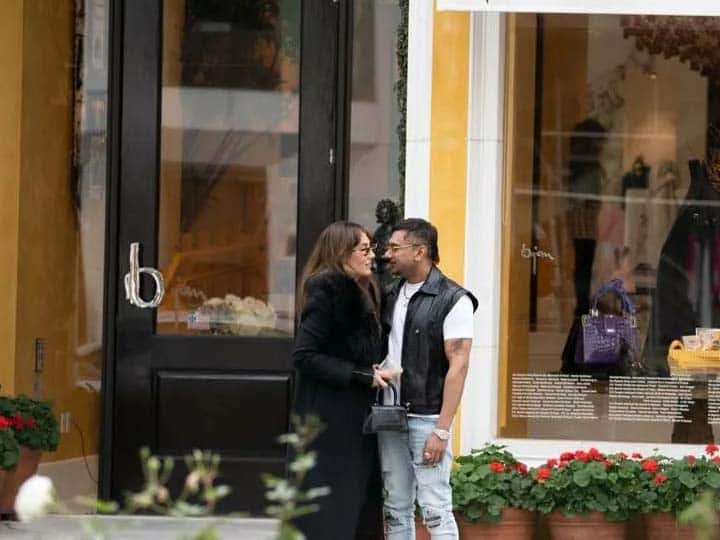 Singer and rapper Honey Singh is spending quality time with her girlfriend Tina Thadani these days. Some images of the couple’s vacation in California have emerged, in which they are both seen in a romantic style. Fans are showing a lot of love in photos of Honey Singh and Tina Thadani.

In the pictures you can see that Tina Thadani is seen wearing an oversized coat and has tied up her hair. She has completed her winter look by sporting dark sunglasses. At the same time, Honey Singh is seen wearing a white T-shirt and a black jacket. Along with this, Singer is seen wearing distressed jeans. Photos of her from her vacation in California have surfaced on the internet.

In one photo, Honey Singh and Tina Thadani look romantically lost in each other’s eyes. At the same time, in the rest of the images, Honey and Tina are seen holding hands. Apart from this, in many images couples are seen wandering the streets of California.

Honey Singh confirmed at an event last year that he is dating model Tina Thadani. A video surfaced in which Honey Singh said: ‘My girlfriend is sitting with Tina. She has been given this name to my album. I told him that you are Honey 3.0. It is known that Honey Singh is coming up with her new 3.0 album after a long time.

According to Pinkvilla’s report, Honey Singh’s girlfriend Tina Thadani is a Canadian model and actress. She has been featured in Honey Singh’s song Paris Ka Trip. This song is sung by Milind Gaba. Tina lives in Mumbai these days. She is a multi-talented celebrity. In addition to being a model and actress Tina, she is also a director. She has directed the short film The Leftovers.