According to foreign media reports, Russian forces blew up a bridge connecting the Ukrainian city of Severodontsk with another city, cutting off possible evacuations of civilians.

The governor of Luhansk province, Sergei Gaidai, has confirmed that Russian forces have destroyed a bridge over the river Severisky Donets, which connected the city of Severodonsk with its twin city, leaving only one of the three bridges. He pointed out that if the bridge collapsed after the new shelling, the city would be cut off. 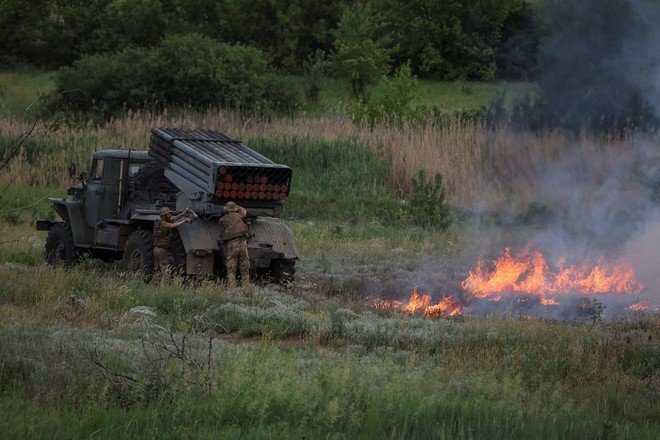 Gaddafi said that street fighting between Ukrainian and Russian forces was continuing in Severodontsk, with Russian forces occupying most of the city, but that Ukrainian troops were occupying an industrial area and the Azot chemical plant where hundreds of civilians had been killed. She has taken refuge, including 40 children.

On the other hand, Ukrainian President Vladimir Zelensky said in a video address last night that “the strategic goal of the Russian occupiers has not changed, they are putting pressure on Severodonsk, there is a fierce battle going on.”

Zelensky said the image of a 12-year-old boy injured in a Russian attack has now become Russia’s “permanent face” around the world.

He quoted Russian President Vladimir Putin as saying last week that “Peter was not great, not even Leo Tolstoy, but children (great) who were wounded and killed in Russian attacks.”

It should be noted that the Russian President compared the military campaign of Moscow to the conquest of Swedish lands by the Russian Emperor Peter the Great in the 18th century.