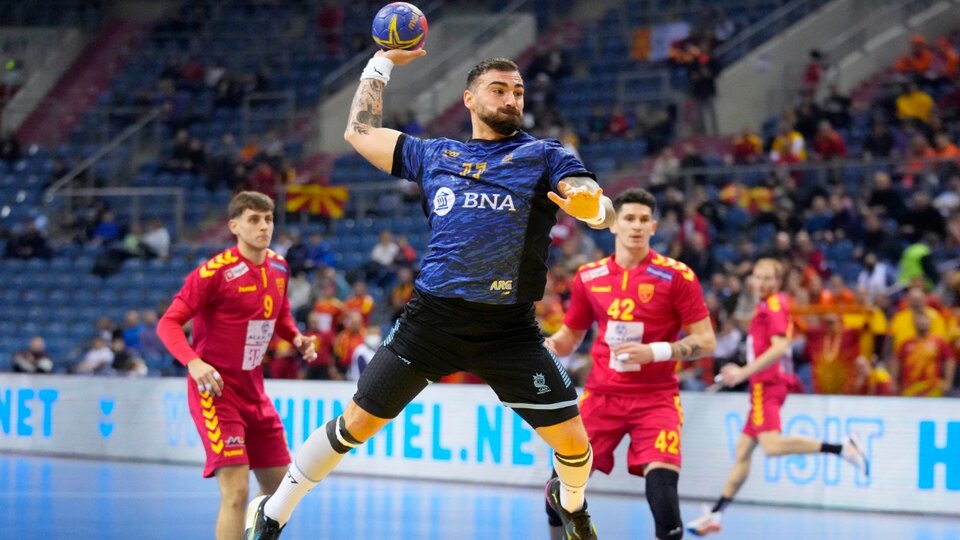 The Argentine men’s handball team, The Gladiators, defeated North Macedonia 35-26, in a match corresponding to the third date of Group F of the World Cup between Poland and Sweden, and advanced to the second round of the tournament. The main figures of the Argentine group were Diego Simonet, with eight goals in nine attempts, and Federico Pizarrowith five goals in six shots.

Argentina’s first half bordered on perfection, with a great approach and better execution of The Gladiators. The tactic was key to stop a rival of greater physical size, but less technical delivery. In this way, and despite suffering two expulsions, the national team finished leading 18 to 11 and with the illusion of continuing in the race intact, after the two initial defeats against the Netherlands and Norway.

The distance achieved in the initial stage was key because it gave the team peace of mind, and this was noticeable in the management of times and situations in the complement to round off the victory by 35 to 26. The game was so good and the dominance was so great that Guillermo Milano, the coach of Los Gladiadores, used the last ten minutes, when the score was already defined, to rotate pieces and to test plays in attack, such as the tactic of taking out the goalkeeper to play with seven.

The game system allowed the Argentine team to access the next phase with the Netherlands and Norway, in which they will join three other opponents in a group: Germany -next Thursday’s rival-, Serbia and Qatar. The best two of each will advance to the quarterfinals and from there direct elimination matches will take place until the champion is defined.