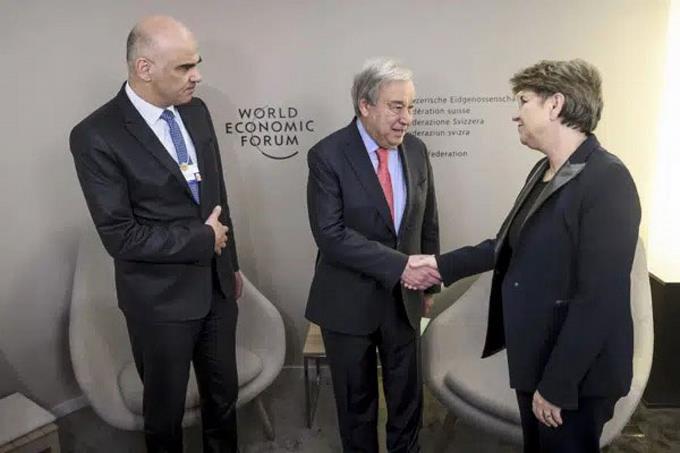 The UN Secretary General, Antonio Guterres, lashed out yesterday at the Davos forum against the oil companies for having spread a “big lie” by hiding their role in global warming.

Addressing the businessmen and politicians gathered at the World Economic Forum (WEF) in Davos, Guterres drew a parallel between the strategy of the oil companies and the tobacco companies that faced massive lawsuits over the effects of cigarettes.

“Some fossil fuel producers were fully aware in the 1970s that their flagship product was going to burn up the planet,” he said.

According to a study published last week in the journal Science, ExxonMobil dismissed its own scientists’ conclusions about the role of fossil fuels in climate change.

“But, like the tobacco industry, they paid little attention to their own science,” Guterres added, referring to lawsuits that showed tobacco companies had concealed the dangers of their products.

“Some oil giants sold the big lie. Like the tobacco industry, those responsible must be held accountable,” he added.

In 1998, several states in the United States reached a historic agreement against tobacco companies for 246,000 million dollars, intended to cover the costs of treating smokers affected by the harmful effects of cigarettes. The ExxonMobil study published last week revealed that the company’s scientists had modeled and predicted global warming “with stunning accuracy.”

The company, however, “spent the next two decades denying that very climate science.” ExxonMobil is the subject of several lawsuits in the United States.

An ExxonMobil spokesman claimed last week that the issue had been raised several times in recent years and that in each case the company’s response was that “those who say ‘Exxon knew’ are wrong in their conclusions”.

Guterres urged the world to “end the addiction to fossil fuels” and warned that the goal of limiting warming to 1.5 degrees Celsius compared to the pre-industrial era “is slipping away”.

“Currently, fossil fuel producers and those who support them continue to fight to increase production, knowing that their economic model is incompatible with the survival of humanity,” he said.