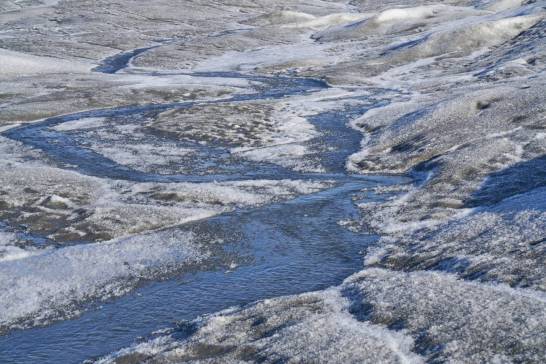 The Greenland ice sheet plays a key role in the global climate system due to its size, radiative effects and storage of fresh water (about 3 million cubic kilometers). Melting ice and consequent rise in sea levels are considered a possible tipping point. If global emissions are not reduced in the coming years, sea levels could rise by 50 cm by the year 2100.

The meteorological stations located around the edge of the ice cap have indicated that their coastal regions are heating up, however, the understanding of the effects of heating in the center of the ice cap is limited due to the absence of observations from long term.

The influence of global warming on the highest parts of the ice sheet, up to 3,000 meters in altitude, remains unclear due to the lack of long-term observations. The only multi-site ice core record in the region, taken from the North Greenland Crossing, ended in 1995.

Our data show that the 2001-2011 temperature and meltwater runoff in Greenland are beyond natural variability.

Now, researchers from the Alfred Wegener Institute and the Helmholtz Center for Polar and Marine Research (AWI) — both institutions in Germany —, in collaboration with other colleagues from the Niels Bohr Institute at the University of Copenhagen, have tried to shed some light on the matter. .

The team led by AWI glaciologist Maria Hörhold re-drilled ice cores from five of the locations analyzed in the North Traverse to estimate and reconstruct temperatures in north-central Greenland between the years 1100 and 2011. In doing so, they used a set of cores long, high-quality ice sheets to recover range-wide temperatures as well as ice sheet melt rates. The results of the work are published this week in Nature.

As Hörhold comments to SINC, his data show that “the 2001-2011 temperature and meltwater runoff across Greenland are beyond natural variability.” 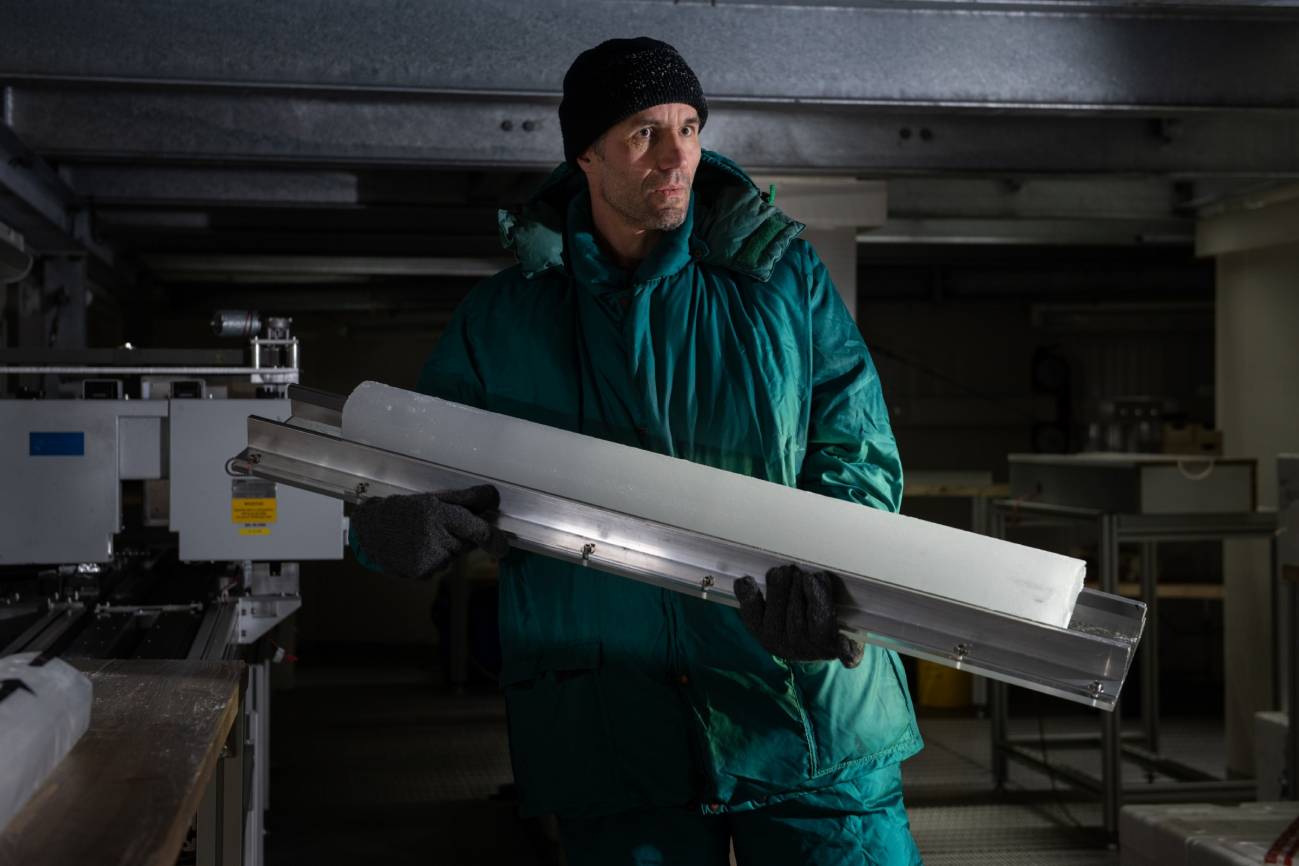 The ice cores used for the research were of great length and quality. /Alfred Wegener Institute (AWI)

The study does not allow predicting what will happen to the temperature in the coming decades based on these data and the information obtained. “We can only estimate that the global warming trend persists, so we expect temperatures in the Greenland ice sheet to increase in the future,” says the researcher.

We can only estimate that the global warming trend will continue, so we expect temperatures in the Greenland ice sheet to increase in the future.

The temperatures were reconstructed using a systematic method for the entire laboratory record: measurement of stable concentrations of oxygen isotopes within the ice, which vary as a function of the temperatures prevailing at the times of ice formation.

Previous studies had to draw on several different climate files and combine the results to reconstruct the temperature, which introduced much greater uncertainties in the assessment of natural variability.

The new findings indicate that recent temperatures in this region are higher than in the previous millennium. In fact, they found that, on average, the reconstructed temperature for the period 2001-2011 was 1.7 degrees Celsius warmer than the interval between 1961 and 1990 and 1.5 degrees warmer than the entire 20th century at its set.

Previous ice cores, taken from the same locations from the 1990s onwards, have not indicated clear warming in north-central Greenland, despite rising global average temperatures. This is due, in part, to the great natural variability of the climate in the region.

The team proposes that these higher temperatures could be caused by a combination of natural variability and a long-term warming trend apparent since the 16th century as a result of anthropogenic climate change.

Looking back, the survey considered the pre-industrial period as a whole. “We don’t explicitly look at specific centuries. What we find is a cooling trend until 1800, followed by a warming trend until today. Superimposed on this warming trend is natural variability,” adds Hörhold.

The study authors also reconstructed the layer’s melt output and found that warming was accompanied by an increase in water runoff. They found that since the 2000s, melting has increased sharply in Greenland and is now a significant contributor to global sea level rise. 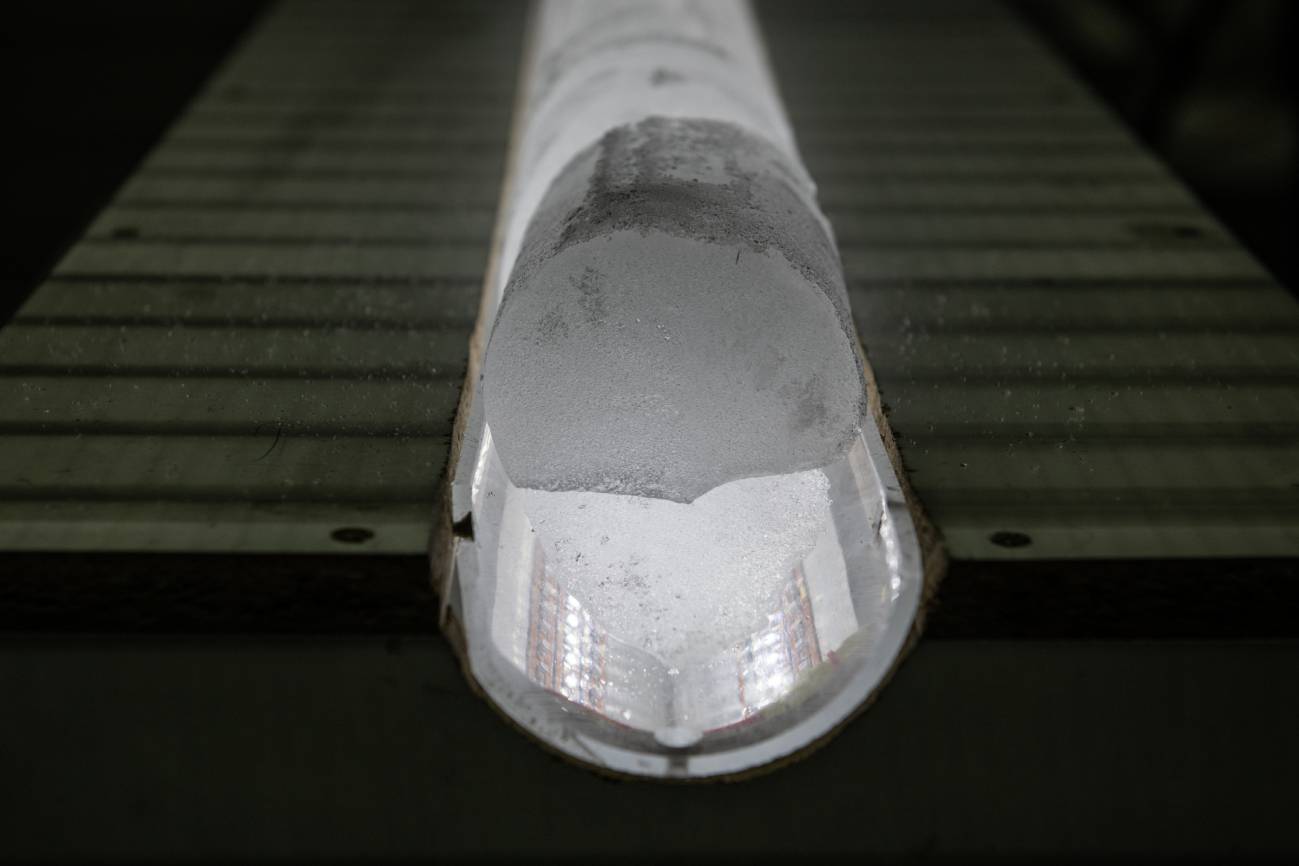 Cut the surface of a polar ice core on a light table. /Alfred Wegener Institute (AWI)

This would demonstrate the impact that anthropogenic warming has on north-central Greenland and that it can accelerate the rate at which more ice is lost from the mantle.

To quantify this connection between highland temperatures and melting along ice sheet edges, the authors used data from a regional climate model for the years 1871 to 2011 and satellite observations of changes in the ice sheet. of the GRACE/GRACE-FO gravimetry missions. This allowed them to convert temperature variations identified in ice cores into melting rates and provide estimates for the past 1,000 years.

Another interesting conclusion from the study: the climate of the Greenland ice sheet is unrelated to the rest of the Arctic. The researchers believe that the differences are due to the fact that the ice sheet is several kilometers thick.

Due to its height, the region would be more affected by atmospheric circulation patterns than other parts of the Arctic.

Karisma Kapoor was nervous about Zubaida’s movie offer, she didn’t want to be Rekha’s cousin