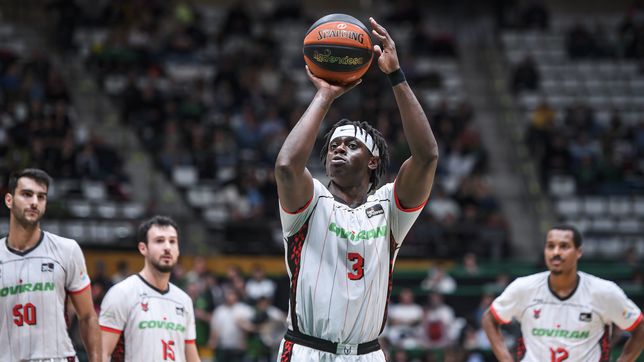 Covirán Granada receives Real Madrid at 12:30, with the intention of looking for a surprise in the form of a victory that will serve to end a dramatic streak of seven consecutive defeats. The team led by Pablo Pin is experiencing its worst moment of the course, undoubtedly motivated by the significant casualties in the form of injuries that accumulate in their inner game: Cristiano Felicio, Luke Maye and Dejan Todorovic. The relays have arrived this week and two of them will be released. They are Barça shooting guard and youth player Michael Caicedo, who has arrived on loan, and American power forward Mike Moore. Senegalese center Youssou Ndoye is still waiting for some red tape to start training.

Until moments before the game, center David Iriarte, who has missed the team’s last three games due to a muscle injury from which he has just recovered, will be a doubt at the locals, although he is still not one hundred percent. The weakness of Covirán Granada and the lack of centimeters, which can become more evident against a team as powerful as Real Madrid, can make Iriarte force himself to play a few minutes.

Madrid arrives at an excellent moment of play and results and is the leader in both competitions, alone in the Euroleague and sharing leadership with Barça and Baskonia in the Endesa League. Of course, the Palacio de Deportes de Granada has been selling tickets for days to see one of the European liners that, yes, still does not have Rudy and Deck. And that in this case it will also have the absence of Nigel Williams-Goss, although due to a quota issue. The base has to rest.