Godoy Cruz turned it around and defeated Defense and Justice 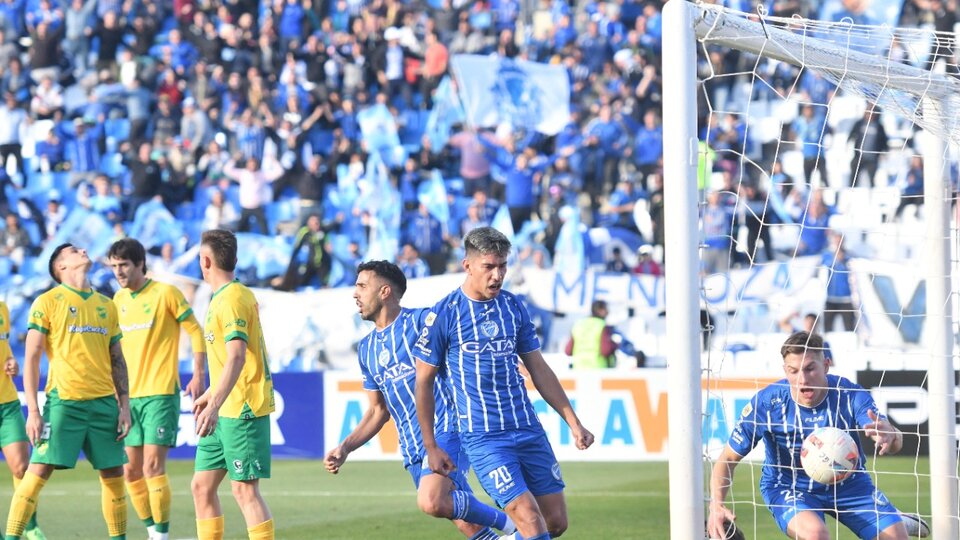 Godoy Cruz turned the match around and beat Defense and Justice 2-1, in a match that was played at the Malvinas Argentinas stadium in Mendoza, corresponding to the fourth date of the Professional Football League championship.

Defense opened the scoring in the 13th minute with a left-footed shot by Francisco Pizzini that was assisted by Walter Bou, and then Godoy Cruz turned it around with two headers, one by Guillermo Ortiz and the other by Salomón Rodríguez, both after corner kick centers by Martin Ojeda.

At the start, Godoy Cruz, on his first arrival, was able to open the scoring when goalkeeper Unsain rebounded Pier Barrios’ shot, and Colombo took Bullaude’s ball off the line.

But then, after 13 minutes, Pizzini’s fast left-footed counterattack after Bou’s pass from the left scored for the visitor. And after 22 minutes equality came for the locals when Ortiz headed a corner kick from the right that Ojeda executed, marking parity.

At this stage both teams proposed, the development went back and forth and the meeting was emotional and entertaining. And another header, this time by Salomón Rodríguez, put the Mendoza team ahead from a corner kick also made by Ojeda, but from the left.

In the second half, the intensity of the match changed and the Defense coach, Sebastián Beccacece, sought in the changes, especially the entry of Fernández, the necessary depth to at least tie the game.

Florencio Varela’s team pressed and handled the ball at this stage, but they could not match the result of the game that they started winning.