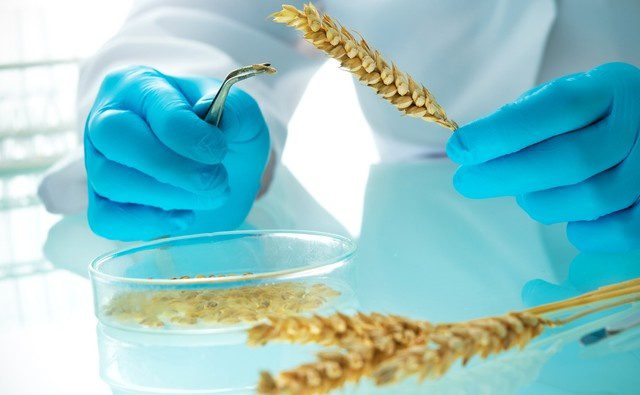 The new modality of transgenics 2.0, called genome editing, is gaining ground in the South American region, promoted by agribusiness corporations and putting at risk biodiversity, food quality and the productive and food sovereignty of peoples.

This new way of Genetically Modified Organisms (GMO) It has already been approved in Paraguay, without debate and with suspicious secrecy on the part of the competent authorities.

“The world is witnessing a renewed push for genetically modified seeds and crops” warns a recent report by the GRAIN Organization.

As in the past, biotech companies and agribusinesses present their new biotech plants as the silver bullet to solve humanity’s problems, from food and nutrition insecurity to climate change and biodiversity loss.”.

Biotechnology corporations are rapidly promoting their new GMOs 2.0 as “new plant breeding techniques, since some of these new techniques such as gene editing do not require the insertion of an external gene, the biotechnology industry as well as some government agencies claim that these gene-edited products should not be considered or regulated as transgenic”.

While several countries in the Asia-Pacific region are discussing whether these GMOs should be regulated with the same regulations as the already known transgenics.

The report reports the experience of struggle and resistance of the peoples of Japan, Philippines, China, India, Bangladesh, Vietnam and Australia, against these new technologies of agribusiness corporations.

What is Genomic Editing and what is happening in Latin America?

Genomic editing encompasses a broad field of genetic engineering techniques used to edit parts of the genome in almost any living organism. This new biotechnology is gaining support and popularity as it is considered a faster, cheaper and comparatively simpler genetic alteration technique.

Most of the gene editing process involves creating a new product by cutting or deleting small segments of DNA, without necessarily involving transgenics (introducing “foreign” genes from other species).

Numerous investigations prove that gene editing technologies and their applications clearly fit the definition of “modified organism”, whether they insert, delete or edit genomic sequences, of the many techniques used in gene editing, the most popular is known as CRISPR .

This technique typically employs a type of DNA cutter called “Cas9”, which is why it is often called the CRISPR-Cas9 gene editing system.

In the report Com Soja no Pescoço 2021, researcher Lis García warned that in 2019, in Paraguay, the legal registration of products obtained through breeding techniques was made possible “behind closed doors and without any debate”, after the enactment of the Resolution no. 842 of July 10, 2019.

This measure legalizes the introduction of new GMOs produced by genome editing through simplified and less rigid biosafety procedures than the existing ones or by directly exempting them from biosafety assessment.

The same procedure was carried out in other Latin American countries, such as Argentina, Brazil, Chile, Colombia, Honduras, Guatemala and Costa Rica, with the same objective of avoiding the biosecurity controls established for first-generation transgenics.

the researcher Silvia Ribeiro highlights that within the CRISPR-Cas9 biotechnology applications are the so-called “genetic drivers”. It is one of the riskiest techniques because it is “a way to circumvent the natural laws of heredity and force genes introduced into an organism to be inherited for an entire population or even, if it works, an entire species.”

According to the ETC group (2019), there are about 600 possible uses for agribusiness, including applications of this technology in combination with dozens of agrochemicals.

Large transnational corporations (Bayer-Monsanto, DuPont, Corteva, Syngenta and BASF) have licenses and patents for agricultural use of CRISPR.

As a result, what corporations call pests (plants, insects, nematodes, mites, moths and other species, etc.) may be “extinct” or susceptible to certain agrochemicals such as glyphosate and others.

According to data provided by the Department for the Protection and Use of Varieties of the Seeds Directorate (DISE) of SENAVE, no application for the registration of varieties/hybrids with genome editing has been submitted so far in the Protected Cultivars Registers. in the Registers of Commercial Cultivars.

“It is essential that we pay attention to the use and application of this technology, as this advanced agro-industrial biotechnology constitutes a real threat to the agro-food biodiversity of our territories.” concludes researcher Lis García.