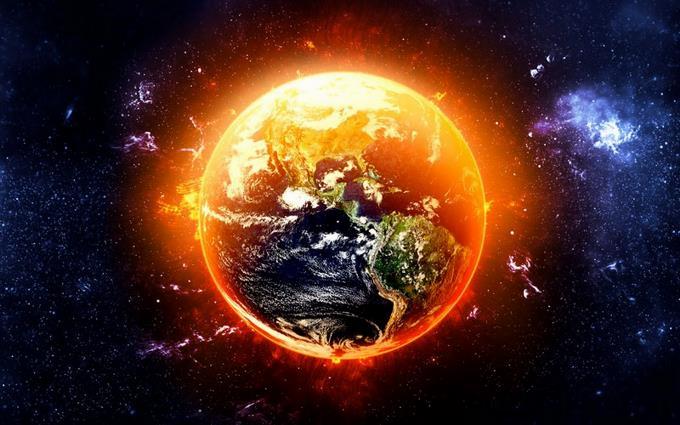 2022 was the sixth year with the highest temperatures on record on the planet since records are available, a trend "frightening" that does not stop and that produces more and more expensive climatic effects, according to a report released this Thursday.

A report from the National Oceanic and Atmospheric Administration (NOAA) of the United States, which is complemented by another from the National Aeronautics and Space Administration (NASA), found that in 2022 the land and ocean surface was 0.86 degrees Celsius (1.55 Fahrenheit) higher than the average of 13.9 degrees Celsius (57.0 Fahrenheit), which is the sixth warmest since the year 1880.

"It is quite alarming and it is a trend that is growing in magnitude"alerted today the administrator of the National Aeronautics and Space Administration (NASA), Bill Nelson, during a teleconference offered in conjunction with NOAA officials.

The former Democratic senator from Florida referred to the increasing intensity of forest fires, hurricanes and the record droughts that are recorded as reflections of "a pattern of extreme weather events that threaten well-being across the planet".

Along these lines, Sarah Kapnick, NOAA chief scientist, pointed out that the United States had its third most expensive year in 2022 in matters related to climate disasters, "exceeding 165,000 million dollars in damages".

Kapnick added that unless bold action is taken, populations and governments must be prepared for more and more frequent extreme weather events, with consequent human and economic effects such as those that occurred last year, in which 474 people died from weather disasters in the US.

Russell Vose, from NOAA’s National Centers for Environmental Information (NCEI), explained in the presentation some of the highlights of the report, such as the surface temperature of the northern hemisphere, which in 2022 was also the sixth highest on record, 1.10 degrees Celsius (1.98 F) above average.

The southern hemisphere temperature was the seventh warmest of the 143 years analyzed, at 0.61 degrees Celsius (1.10 F) above average.

As Vose pointed out, the way to reduce this trend is "move away from fossil fuels"the main cause of a problem that has increased since 2010.

"The reason for the warming trend is that human activities continue to release huge amounts of greenhouse gases into the atmosphere; and long-term planetary impacts will also continue"said Gavin Schmidt, director of NASA’s Goddard Institute for Space Studies.

After a decrease in 2020 after the stoppage of human activity caused by the covid-19 pandemic, greenhouse gas emissions "of human origin have been recovered" And indeed, as the teleconference highlighted, scientists have recently determined that carbon dioxide emissions in 2022 will be the highest on record.

It is therefore not surprising that the global ocean heat content (OHC), an indicator of heat stored in the upper 2,000 meters of the ocean, reached a record in 2022, surpassing that set in 2021.

In fact, according to the report, the four highest OHCs since there are records correspond to the last four years (2019-2022).

In turn, the annual coverage (extension) of Antarctic sea ice in 2022 stood at 4.09 million square miles (10.5 million square kilometers), a minimum only reached in 1987.

"We would like to tell a different story, but the truth is that every year is the same"Vose acknowledged.

Known the report of NOAA and NASA, the Union of Concerned Scientists of the USA (UCS) today asked the legislators of the United States and the world to raise "significantly" the objectives of existing climate policies"because otherwise "irreversible tipping points will be passed".

"The science is clear: large-scale transformative action is the only way forward"said Rachel Licker, UCS senior climate scientist, in a statement.

A separate NASA analysis concludes that 2022 ties 2015 as the planet’s fifth-warmest on record, a position that matches a report from the European Commission’s Copernicus Climate Change Service.

Based on recent studies, Kapnick highlighted that scientific research is more relevant than ever to build prevention policies that can be scaled internationally.

"This is a call to action"Nelson emphasized.