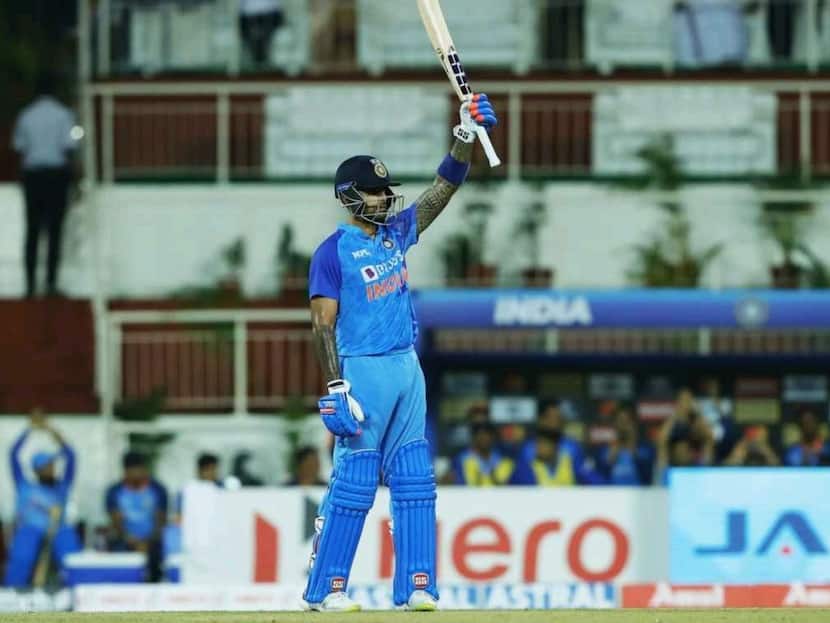 2022 has been a year where Suryakumar Yadav has broken many records. An impressive inning with 360-degree hitting play produced by the right-handed batsman to become the leading runs in T20 this year. Australian all-rounder Glenn Maxwell, who was recently injured in a freak accident, praised Suryakumar. Maxwell said that he is hitting on a different planet. Maxwell praised Suryakumar, citing his innings of 111 not out for 51 balls, giving India a 65-run win over New Zealand in the second T20I. Virat Kohli referred to this entry as a ‘video game entry’.

Maxwell said: “I saw the scorecard in the early innings (Mt Maunganui T20). I took a screenshot and sent it straight to Aaron Finch and said, ‘What’s going on here?’ This guy is hitting on a different planet. I said look at everyone’s scores and look at this guy.”

Maxwell said on the Grade Cricketer podcast: “Then the next day I watched the full replay on Kayo (a video streaming app) and the point is, it’s so much better than everyone else. It’s almost hard to watch. It has different talent.”

On a slow pitch that was difficult for almost all batsmen to play, top-order T20 batsman Suryakumar smashed 11 fours and seven sixes all over the park at a strike rate of 217.65 to make his second T20 century. . After scoring 57 runs from 35 balls at the end of the 16th, Suryakumar scored 54 runs from his last 16 balls to lead India to a challenging score of 191/6. In the end, India edged out New Zealand with 126 runs in 18.5 overs. He said: “Suryakumar Yadav was playing shots in a peculiar way, hitting the middle of the bat, as if he was stepping up, deciding to sweep someone going 145 (kmph) from the wicket on the other side.) He was playing the bowling at the speed of.

Maxwell said, “He’s playing some of the most ridiculous shots I’ve ever seen. It’s actually kind of hard to watch because it’s not easy for everyone to play shots like that.”

Suryakumar is currently the highest run scorer in T20 this year. He scored 1164 runs in 31 matches at an average of 46.56 and a strike rate of 187.43. He also appeared in the T20 World Cup in Australia, scoring 239 runs in six innings at a strike rate of 189.68, often changing the pace of the innings. According to Maxwell, a lot of his runs come from different shots that allow him to push the limits anywhere in the ballpark. He “reads the ground very well and hits shots all over the field.”

India will play the opener of the ODI series against New Zealand in Auckland on Friday, featuring Suryakumar in action.

Real Madrid chokes on the greats: 2-8