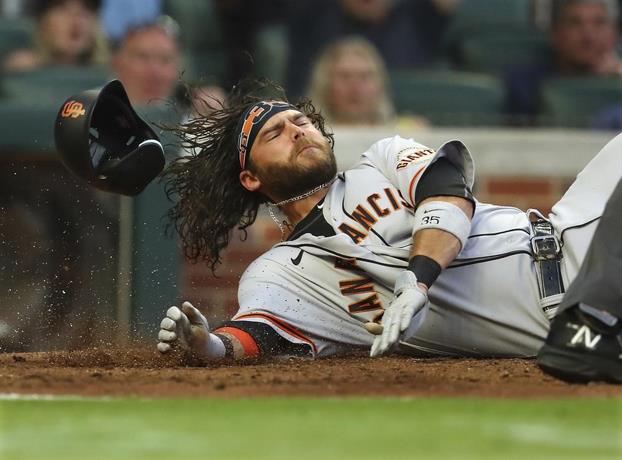 Mike Yastrzemski came out of a slump with a two-run double to go ahead in the sixth inning as the San Francisco Giants beat the Atlanta Braves 12-10 on Tuesday.

Yastrzemski had gone 1-for-19 before finding a pitch from Colin McHugh to send the ball into right field and put the Giants ahead for good, 8-7. Pederson hit his 15th homer of the season, missing the ball off McHugh, and Wynns did the same in the second off Spencer Strider.

Darren O’Day (1-1) took the loss after giving up two hits and two runs. He didn’t retire any of his three opponents in the sixth inning.

For the Braves, the Venezuelans Acuña 5-3 with two runs scored and two RBIs, Orlando Arcia 4-1. The Dominican Ozuna 5-1 with a run scored and two produced.