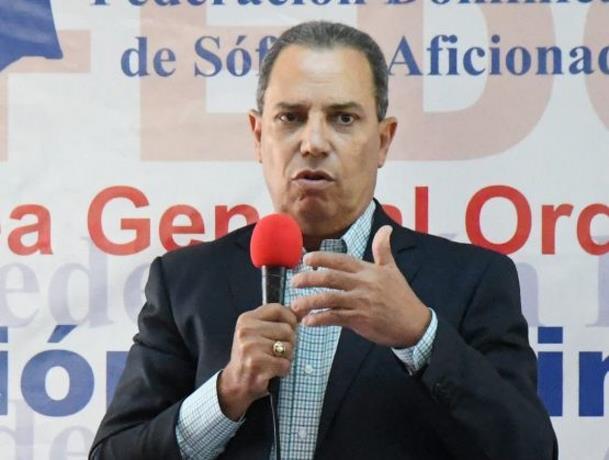 The engineer Garibaldy Bautista announced the Program to be executed 2022-2026 “in case he is elected president of the Dominican Olympic Committee next Thursday and as a first point is “Rescue the credibility of the COD with a transparent exercise in the management of funds” .

In the second of the eleven proposals of the The plan includes the restructuring of the agency’s accounting and financial department, “in such a way that the return to the previous monthly allowance and its possibility of increase can be guaranteed before the corresponding authorities.”

In the third box is managing the Solidarity (Olympic) funds for the intended purposes, with the corresponding coverage and attached to the COD statutes and the procedure manual for the management of said funds provided by international organizations.

The head of the Dominican Softball Federation and the group that will accompany him in the electoral assembly on December 1, propose to prepare and execute the project to convert the Olympic Hostel into what he called the High Performance Center of Dominican Olympic Sports (CARDOD). and that it functions as an NGO that can have its own monthly allowance.

“Modernize and make COD services more efficient for federations, assisting them in their accounting departments so that they can make the management of their resources more efficient and improve settlements with the corresponding agencies”,  indicates the “Program to be executed 2022-2026”.

Similarly, Bautista intends to relaunch the Olympic channel through a direction that streamlines the marketing of the medium and its collaterals, as well as supporting and expanding the CRESO Program (Creando Sueños Olímpicos).

Likewise, it contemplates strengthening the marketing department of all the institution’s products, as well as monitoring the office rehabilitation project until its execution is achieved.

In the same way, “Cultivate and maintain good relations with all levels of the sport for an environment of harmony and respect that helps to have more and better international performances by our athletes.”

The last point of the eleventh plan, seek to expand the legal department of the COD in order to help the federations in their legal responsibilities, “as well as in the incorporations of their associations in accordance with Law number 122-05.

Next, the Olympic leaders who are part of the group led by Garibaldy.

In these elections, the candidacies are individual for the 11 available positions, the iron system does not work.