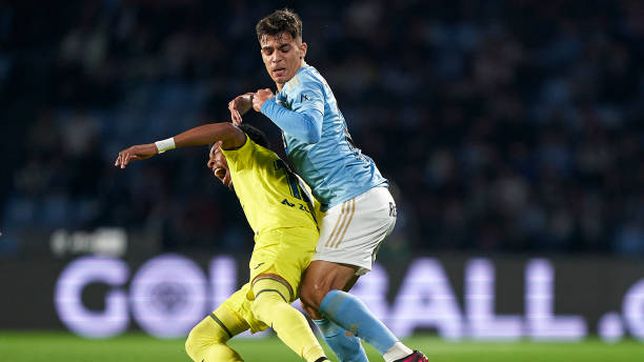 The open war between Carlos Mouriño and Denis Suárez, which began in the summer of 2021, has had a main winner: Gabri Veiga. The man from Porriño has occupied the vacant place of the Salcedense, vetoed by the president for being part of the representation agency that brought Bugarín to Real Madrid. Curiously, It is the same agency that represents Gabri Veiga, who had to put her sister as an intermediary to sign a contract renewal.

In fact, Veiga himself was also a collateral victim of the Denis case for almost all of last season, as the club prevented him from exercising with the first team until there was a contract extension, which had to be negotiated by a person outside the representation agency involved in the Bugarín case (Intermedia Sport Player). The young player from the squad gave in to the celestial claims, so the deal was closed quickly and the midfielder immediately returned to the first team.

If Denis blocked his way in the previous season, this season the vacant position was destined for Óscar Rodríguez, the one chosen by Coudet to engage with the forward. Nevertheless, the talaverano did not respond to the expectations created and Veiga quickly took over that position based on a good game.

The emergence of the young playmaker in the League has been overwhelming, with four goals and two assists in 16 games. He has directly participated in six of the 17 goals scored by Celta in the League, which means an active incidence in 35% of the goals scored by Celta. His association with Iago Aspas is being Celta’s lifeline, since between the two they have scored 12 of the 17 goals for the sky-blue team.

Its great impact in the league championship is reflected in Olocip’s Artificial Intelligence data, since Gabri Veiga is the third best U-20 player in the League, only surpassed by Pedri and Nico Williams, two internationals with the senior team. The man from Porriño is one of the great promises of Spanish football and a true reality in the present for Celta.