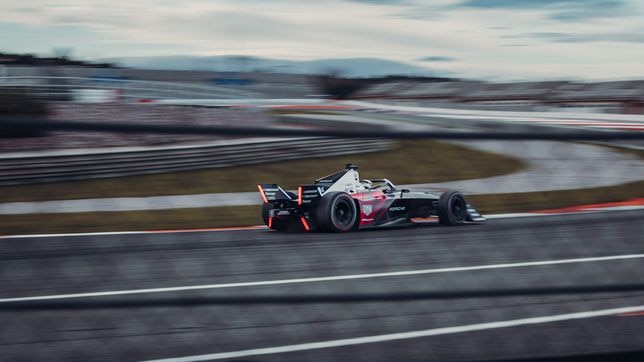 Corners are coming in Formula E. There is still a year to incorporate the new budget limit and the pilots already think that it is not a good idea. It was rejected in Formula 1 and the electric championship will join the same opinion. As of next October 1, the World Cup will have to incorporate the salaries of the pilots within this budget ceiling. It will be increased by two million, until reaching 15, which is insufficient to meet the salaries and expenses of the new Gen3. In it paddock They are clear and the pilots themselves warn: this decision will cause internal problems in the different teams and, above all, it will not allow those who deserve a plus for their good performances on the track to represent the merit.

“The spending limit for the pilots is not fair. I don’t know, I don’t want to go there because they are complicated issues,” he commented. Antonio Felix Da Costa, Porsche driver and 2020 champion of the category, to the question of the Spanish press in the Valencia tests last December. “Seeing what I do, I am lucky to do what I love, calling this work and getting a living from it is a luxury. Of course, everything in life is very demanding and, if you win a title five times, you can’t win the same as someone who has never won it. It’s complicated,” he adds, aware of the problems that the budget ceiling can bring within the box, because both parties will know the other’s salary and, if it is not the same, there will be discussions.

“I think it can generate many more problems. Imagine that there are two million and Pascal (Wehrlein, his partner at Porsche) they pay him half a million, they know that I earn a million and a half. That can cause many internal problems in a team. It is an example, that does not happen. I think it can cause a lot of problems.” confesses the Portuguese, although he assumes that a pilot who wins, and only by merit, should not receive the same money as someone who does not achieve great results. Therefore, with an already tight budget, many drivers on the grid will threaten to leave when this new rule comes into force. Two million for salaries are scarce in such an expensive and demanding championship: “It is not a good idea. In Formula 1, if you take two thirds of his salary from Hamilton, he leaves, he goes to do other things and the same thing will happen here.

On the other hand, his teammate, Pascal Wehrlein, He believes that “the budget limit in general is something positive”, because “it will make the grid tighten a little more”, although it demands “a lot from the teams”. However, he cannot say the same about the 2024 proposal, which he knew “for the first time” in his talk at the Ricardo Tormo Circuit with the Spanish press. “The salary of the pilots should not be included, obviously”, explains, according to Félix Da Costa. “In my opinion, I think it should not be included. On each side of the garage it can be different and is similar to the driver’s reward. If someone does better, they should earn more than the driver who isn’t doing as well. It is my personal opinion. In the end, we will see. I can’t change it, I can only say what I think. It does not depend on me, but many will not like it ”, ditch. Problems are looming in Formula E and it will be necessary to see if the proposal ends up going ahead among so much controversy.