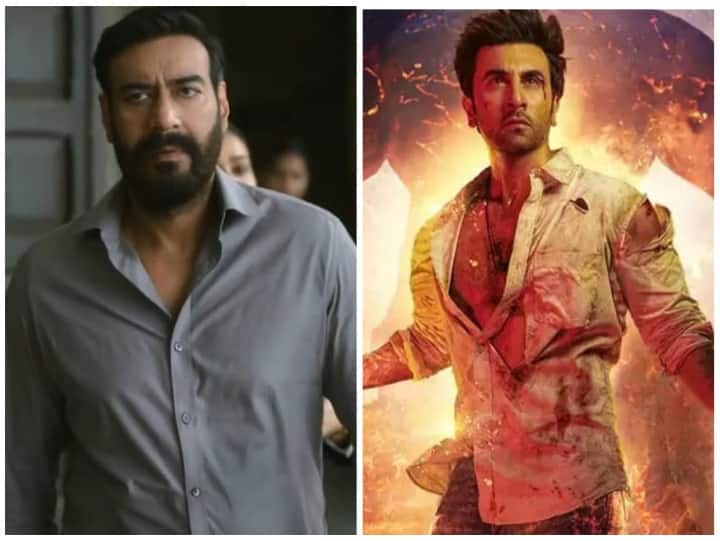 In the year 2022, Bollywood movies were released one by one, many of which were defeated while many turned out to be super hits. This year, many movies have gotten off to a great start at the box office in terms of first day grosses. Let’s know those Hindi movies today.

Ranveer Kapoor and Alia Bhatt’s ‘Brahmastra’ is one of the biggest opening movies of the year 2022. The movie grossed Rs 30.37 crore on the first day of box office. The worldwide collection of this film, directed by Ayan Mukherjee, is around 450 million rupees.

Ajay Devgan’s film Drishyam 2 is earning a lot at the box office. The film is off to a good start at the box office with a gross of Rs 14.92 crore. ‘Drishyam 2’ has joined the 100 crore club. Apart from Ajay Devgan, Akshaye Khanna, Ishita Dutta, Tabu and other stars have worked in the film.

Akshay Kumar and Jacqueline Fernandes’ ‘Ram Setu’ turned out to be the third big opening film of the year 2022. Its first day collection has been Rs 14.81 crore. However, this film could not live up to the expectations in terms of earnings and was stuck with a gross of just Rs 70.83 crore.

The year 2022 turned out to be an excellent one for Karthik Aryan. The first day taking of his film Bhool Bhulaiyaa 2 at the box office has been Rs 13.41 crore. This comedy-horror film turned out to be a blockbuster with a gross of Rs 181 crore.

Akshay Kumar’s film Bachchan Pandey failed to show anything special at the box office, but the first day earnings were Rs 12.18 crore. Due to the lack of a good story, this film failed to attract the audience to the theaters and flopped with a gross of Rs 49 crore.

The year 2022 has also been a very bad one for Aamir Khan. This year the most awaited film of his, Lal Singh Chaddha, was released. The first day of collection from him was Rs 11.58 crore but then there was a continuous decline in profit from him. The total profit of Aamir’s film was Rs 59.58 crore, after which this film was declared a flop.