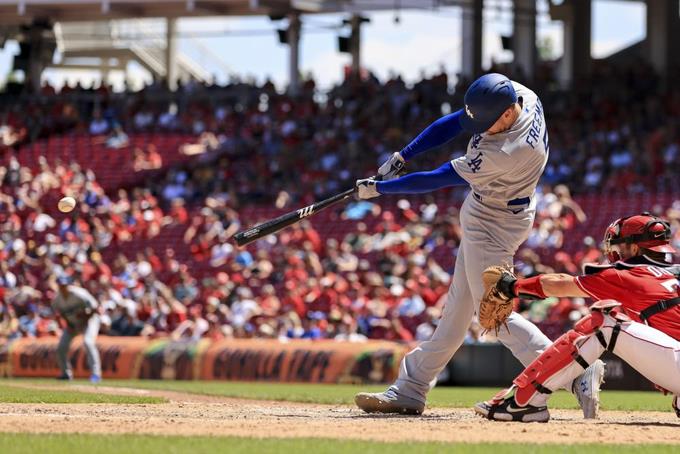 Freddie Freeman homered and drove in three runs before what promises to be an emotional weekend, as Clayton Kershaw and the Los Angeles Dodgers beat the Cincinnati Reds 10-5 on Thursday to sweep the series. the season.

Cody Bellinger, Max Muncy, Will Smith and Justin Turner also homered for the Dodgers. The NL West leaders outscored the Reds 52-18 in winning all seven games against each other this year.

The Dodgers now head to Atlanta, where Freeman was the face of the franchise for a long time and was instrumental in the Braves winning the World Series last year. He declared a free agent and signed a $162 million, six-year deal with the Dodgers. At 32, the star first baseman is batting .303 with eight home runs and 45 RBIs.

Cincinnati (23-46) has lost seven in a row and has the worst record in the National League.

For the Reds, Colombian Donovan Solano 4-3, one RBI.