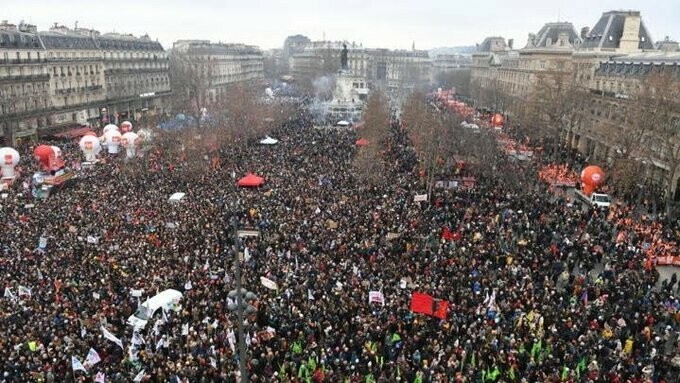 In France, millions of people took to the streets against raising the retirement age from 62 to 64.

Due to the protest, local and regional train services were stopped in various cities, including the capital of France, Paris, while public transport and primary schools were also closed.

Violent protests were also seen in many cities. Police arrested several people involved in the protests.

A strike was also held in the fields of refineries, 80 thousand people took out a rally in Paris and a strike was held in the government sectors. The railway system of Paris came to a standstill.

Demonstrations against the government’s pension plan were held in 200 cities in France, in which one million people participated. In many cities, people dressed up as zombies and danced.

The French President has decided to raise the retirement age from 62 to 64 years, which is strongly opposed.