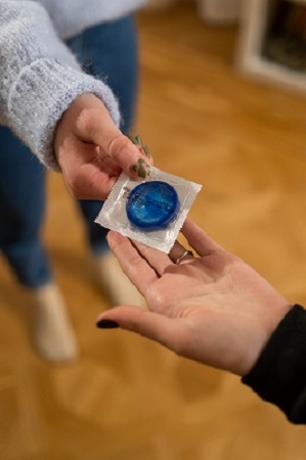 French President Emmanuel Macron announced this Friday that free condoms for young people will also be extended to minors.

"Yesterday I announced that condoms would be free for everyone between the ages of 18 and 25. They have asked me to extend this measure to minors. Done"Macron said on Twitter.

In a video message recorded from the Spanish city of Alicante, where he attended the Euro-Mediterranean Summit, Macron highlighted that the free condoms bought in pharmacies by young people between the ages of 18 and 25 "It is a small revolution in prevention so that everyone can protect themselves during sexual intercourse".

"Many have reminded me that many minors also have sexual relations, need to protect themselves and have the same financial constraints" than young adults, he added.

Macron also assured that his government will "continue prevention work" of sexually transmitted diseases. For example, free HIV detection tests will be extended to other pathologies, he indicated.