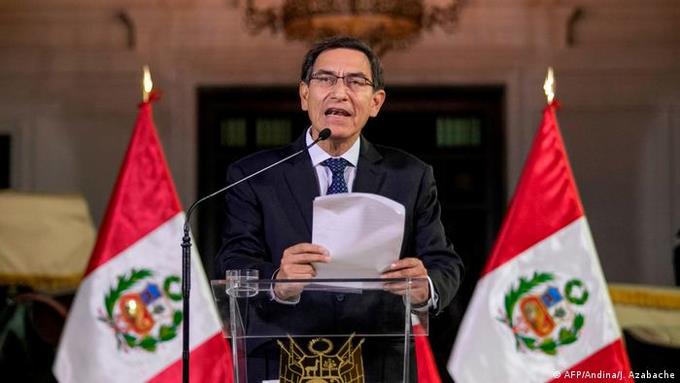 The former president of Peru, Martín Vizcarra (2018-2020) appeared this Tuesday before the Oversight Commission of the Congress of his country, after this working group agreed last week to ask the Judiciary to "Arrange your location and capture" for not having attended previous summons.

Vizcarra arrived at Parliament to respond to "questions about events related or linked, directly and indirectly, to the covid-19 pandemic and the national health emergency"as detailed by Congress on Twitter.

The ex-governor recalled that he already appeared before the Oversight Commission on May 3 and said that on subsequent occasions when he did not attend, he justified his absences, among other reasons due to trips by his lawyer.

"At no time, as they have wanted to show, has there been a refusal on my part to attend to their summons"he added before reiterating that he is "available" of the working group.

Subsequently, he ruled out "flat out" that there has been some type of irregularity or agreement for the purchase of rapid tests to detect covid-19 when the health emergency began in the country.

He also asked the president of the Oversight Commission, Fujimori Héctor Ventura, to improve "coordination for the summons" what is done to him, because "a false idea is created" that he does not want to attend those calls.

At the end of the session, Ventura told reporters that the commission will issue a final report during the first half of next December and said that "there they will find the alleged responsibilities with constitutional issues".

He added that these alleged irregularities "they are specific topics"although he later stated that the report will be "strictly transparent as the commission has always been characterized" and that in the investigation "there is no political bias or targeting".

The members of the commission approved on November 23 to request that a judge order the capture of Vizcarra "in order to appear before said working group"although later local media pointed out that the former president did ask that the appointment be rescheduled, alleging that he was traveling inside the country.

Vizcarra affirmed on November 10 that he hopes that the Judiciary will resolve "early" an appeal that he has filed to reverse his disqualification from holding public office for ten years, which was approved by the previous Congress (2020-2021) for his alleged irregular vaccination against covid-19.

In this way, he said that he is confident of assuming the position of congressman this year, for which he was elected with the highest national vote in the 2021 elections, receiving more than 200,000 votes.