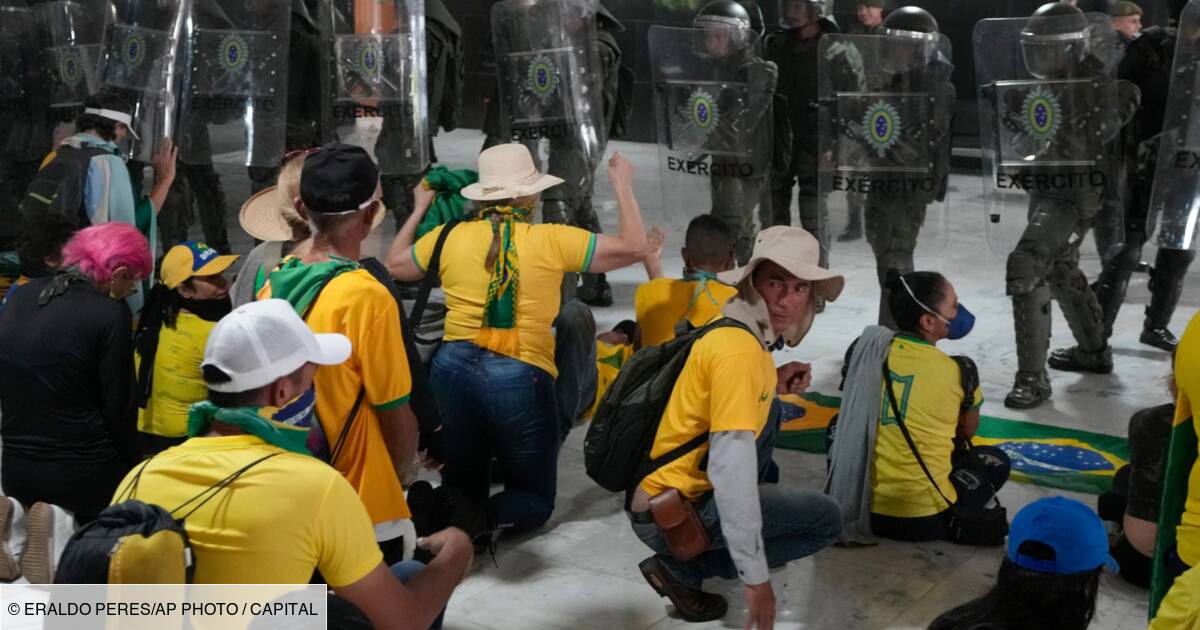 In the hours following the ransacking of government buildings by far-right insurgents in the Brazilian capital on January 8, a new account appeared on Instagram.

named Contragolpe Brasil — a clever pun that means both “Against the coup in Brazil” and “Counter-blast in Brazil” — this account soon began posting photos of suspected participants in the riots. The idea was to collect information from the population in order to identify “people who attack democracy in Brazil”, which would allow the authorities to more easily track down and punish those who escaped arrest that day. .

Only 24 hours after its creation, Contragolpe Brasil had 1.1 million subscribers.

“I’m not surprised at all that this account came up so quickly,” said David Nemer, a professor of media studies at the University of Virginia and a faculty associate at Harvard University. “We all knew that [les insurgés] had organized themselves in WhatsApp groups and Telegram channels as they are all open. Everything was announced on social networks. We expected it. There were no secrets.”

The groups that mounted the attack are supporters of former far-right president Jair Bolsonaro. Despite the lack of evidence of fraud, these supporters do not accept the legitimacy of the outcome of the recent presidential elections that returned socialist Luis Inácio Lula da Silva (known as Lula) to power. They camped outside military barracks across the country in protest before heading to the capital, via buses, for the insurgency.

Demonstrating their anger on the lawns of the Brazilian Federal Government and inside Congress, the Supreme Court and the Presidential Palace, the rioters left numerous messages, videos and photos in their wake. They shared their actions both publicly on social networks and on private messaging. Among these images, dozens were collected and published by Contragolpe Brasil. On each picture, the faces of the people appearing there are clearly visible. Their clothes are almost always yellow and green, the colors of the Brazilian flag, which Bolsonaro supporters say embody their love for their country and their attempt to take it back from the left.

The people behind the Contragolpe Brasil account, who remain anonymous (our interview requests went unheeded), have called for people to start sending them, in private message, photos and information about the people who participated. to looting. They also asked people to forward this information to the authorities.

This Instagram account is just one example of current crowdsourcing efforts to identify rioters. Agency Lupa, a fact-checking agency, created a database generated from texts, photos and videos posted on the day of the uprising. All information was sent anonymously and privately.

This method of identifying participants in mass criminal events by scouring social networks for clues is not new. American citizens have done the same to help identify those responsible for the January 6, 2021, uprising. Some have even formed groups, such as The Deep State Dogs, to identify those who vandalized the Capitol or assaulted law enforcement and the press. The members of these groups came from diverse backgrounds but had a common goal: accountability.

In Brazil, a similar dynamic has emerged. Shortly after the launch of Contragolpe Brasil, comments started pouring in. One of them cites a name for a man he thinks he recognizes. The latter is bearded, wears black sunglasses, an Adidas baseball cap and sports what looks like a yellow and green Brazil national football team jersey. According to the user, it would be an official of the State of Paraná. Another responded by asking what entity he worked for so it can be tagged and people have the ability to “demand that appropriate action be taken.” Another person reacted by saying that the man in the photo had already been fired.

Riots in Brasilia: more than 1,000 people were arrested by the police

Last week, changes were made to the captions accompanying the photos published on Contragolpe Brasil. Some include people’s first and last names, the cities and states they live in, and their Instagram handles. One by one, the accounts tagged in the posts disappeared.

However, trying to identify online criminals can be a risky business especially if citizens are mistaken. Before disappearing from the web, a woman insisted in an Instagram story that she had not participated in the Brasilia uprising but that her account had been hacked by someone who had, although let this be an almost impossible claim to verify.

One of these stories welcomed good news: the arrest of Ana Priscila Azevedo. The information was confirmed by the Secretariat of the Penitentiary Administration of the Federal District. Between January 8, the day of the uprising, and January 11, some 1,166 arrests were made. Ana Priscila Azevedo had been identified by the Contragolpe Brasil account. She is suspected of being one of the organizers of the uprising.

It is unclear whether Brazilian authorities consulted Contragolpe Brasil during their investigation of Ana Priscila Azevedo or any of the other arrestees. Contacted by the MIT Technology Review, the Minister of Justice and Public Safety did not comment.

“Messages posted on social networks are a type of proof,” said David Nemer. “I’m sure that just by having the names of these people, the police could find more.”

The laboratory that experiments with the climate to improve energy efficiency