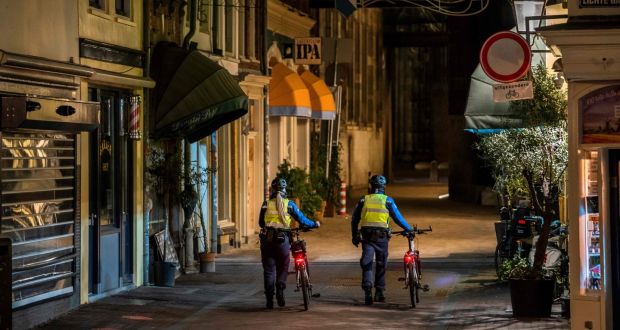 We have to go back to World War II to find traces of such a measure in Netherlands. In order to combat the spread of Covid-19, the country started a curfew at 9 pm on Saturday. It is forbidden to leave the house until 4:30 am, and the measure must be renewed every night until at least the 9th of February.

Any offender faces a €95 fine, the Dutch government said. However, certain exemptions are possible, in particular for people returning from a funeral or having to work during the curfew, but as long as they present a certificate of displacement. Dog owners are allowed to leave without presenting a certificate.

Prime Minister Mark Rutte announced on Wednesday his intention to institute a curfew, before obtaining parliamentary approval the next day. The Prime Minister said that this choice was reinforced by “the United Kingdom variant and the great concerns that we all have”, referring to the new variety that emerged in the United Kingdom. According to the Prime Minister, the curfew should avoid a confinement mandatory during the day, whereas, since the beginning of the health crisis, the Dutch have never had to justify their movements.

“In fact, it is much better than staying at home all the time. I think they just want to make sure we don’t have to do that”, said Soya, 22, who was in the Hague central station area, a few hours before the curfew begins. “It is a little too strict. It may be necessary, but people’s psychological state is not very good now. This will make things worse”, said Harris, 33, on the contrary, walking in front of the Binnenhof, the seat of the prime minister and parliament in The Hague.

In addition to having raised the opposition of certain deputies, including far-right leader Geert Wilders, the curfew has angered some Dutch people. On Saturday night, the keyword “AvondklokProtest”, in English “Curfew Protest” appeared at the top of Twitter trends in the Netherlands.

Mark Rutte and his government resigned last week after a child benefit scandal, but they will continue to run day-to-day business until the March 17 parliamentary elections.