Drought and temperature cause many fires in the Mediterranean basin. In Turkey, its magnitude has not been seen for over ten years. 95,000 hectares have been burned since January, against an average of 13,516 this time in the year between 2008 and 2020. Six people died and hundreds were injured. 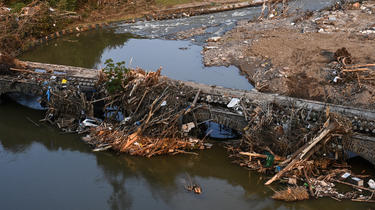 In Greece, more than 300 firefighters were deployed to fight the flames, especially in the northwest of the Peloponnese peninsula, near the town of Patras. Several villages had to be evacuated.