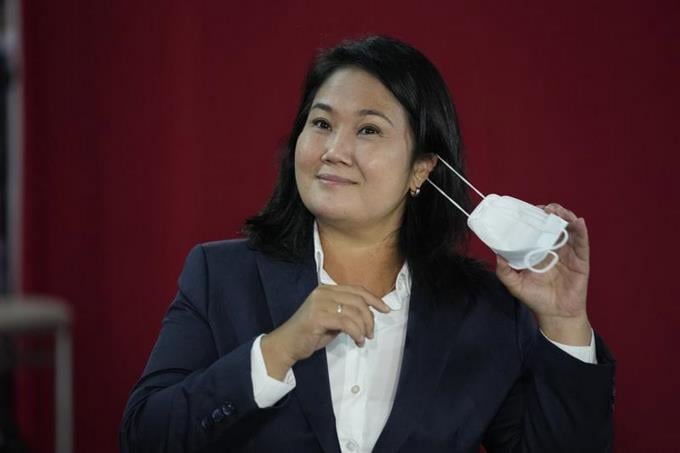 The Prosecutor’s Office of Peru filed a complaint filed against the leader of the Fuerza Popular party, Keiko Fujimori, and against her father, former President Alberto Fujimori (1990-2000), for the alleged commission of the crimes of criminal organization, falsification of documents and induction to vote in a specific direction to the detriment of the Peruvian State.

Local media reported that the Provincial Prosecutor’s Office against organized crime considered that it is not appropriate "formalize and continue with the preparatory investigation" that began against Keiko and her father, as well as other representatives of her party, businessmen and public officials.

Although the decision, made by prosecutor Erasmo Benavides, has not been confirmed by the official channels of the Public Ministry, the Peruvian attorney general, Patricia Benavides, told the media on Tuesday that "each prosecutor’s office develops its functions as it corresponds and the corresponding instance".

"That is an investigation that does not correspond to my office"narrowed.

For his part, the lawyer Elio Riera, one of the defenders of former President Fujimori, who is serving 25 years in prison for crimes against humanity, assured on Twitter that they are "in accordance with the tax pronouncement".

"There is no merit to accuse my sponsor of any crime. Timely, we will process our request for malicious complaint"advertisement.

The investigation had begun based on a complaint filed in 2021 by lawyer and former judge Malzon Urbina, who accused Keiko Fujimori of allegedly having brought $1.25 million into the country from Switzerland to finance his electoral campaign that year, which he lost to leftist Pedro Castillo.

In this sense, the prosecutor in charge maintained that during the investigations "it has not been possible to verify simple suspicion of evidence of a solid organizational structure, of a collective and binding will among those investigated, which constitutes the sustainable nucleus of a criminal network".

"It is arranged to order the file of all the proceedings, once consented and / or appealed and confirmed that it is the present provision"concluded the resolution reviewed by local media.

This case is not linked to the investigation that the Anti-Corruption Prosecutor’s Office is following into Keiko Fujimori for the alleged irregular financing of his electoral campaigns in 2011 and 20216.

For this process, which is currently awaiting trial, the prosecutor José Domingo Pérez has requested 30 years and 10 months in prison against Keiko for the alleged commission of the crimes of criminal organization, money laundering and procedural fraud. .