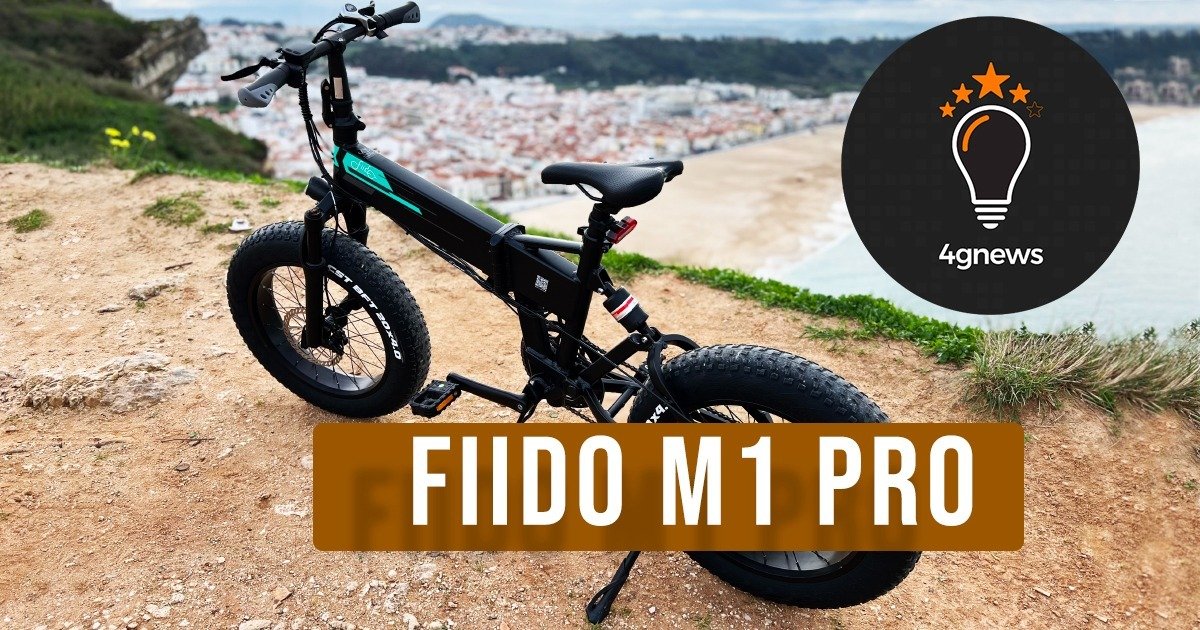 Fiido is one of the most interesting electric bicycle manufacturers on the market. This focuses on bringing truly interesting (and some even futuristic) products, without forgetting to charge an attractive price.

Recently, which I see as the perfect electric bike for the city. Because of its futuristic appearance, weight, security, and portability, it is simply perfect for this. already the Fiido M1 Pro is a slightly different proposition.

This bike that I have been testing these last few days is a Pro version of a model that was a complete success for the brand. It immediately stands out for its “fat” tires. Do we know her better? 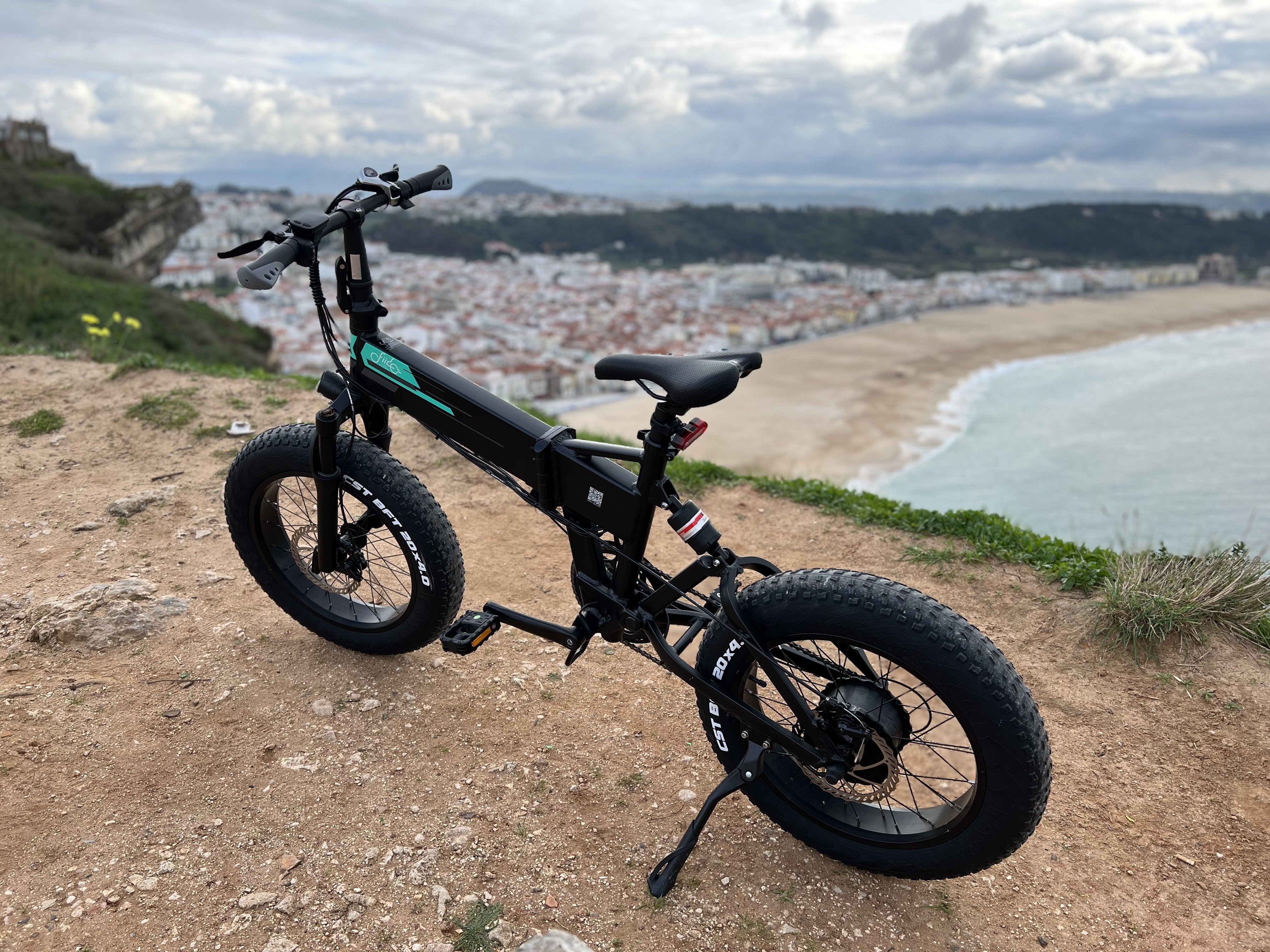 We should not let ourselves be scared by the weight of the Fiido M1 Pro box when it reaches our hands. He was one of the fastest e-bike builds I’ve ever donewhich can be done in about 15 to 20 minutes without much haste.

As you can see in the photos, it is only necessary to tighten the handlebars, place the saddle, the front wheel and the front light. In addition, you can also put the included fenders on it, which I decided not to put for aesthetic reasons. But these arrive in the box and can be easily placed.

Also in the box we find a rear reflector that you can use. In the absence of a rear light, I ended up using one that I already had, and that you can see in several of the photos in the article. It is something that you will have to take into account in this model.

Additionally, we have the charger with built-in fan and prevent overheating. You can also have the necessary tools for assembly and a user manual. 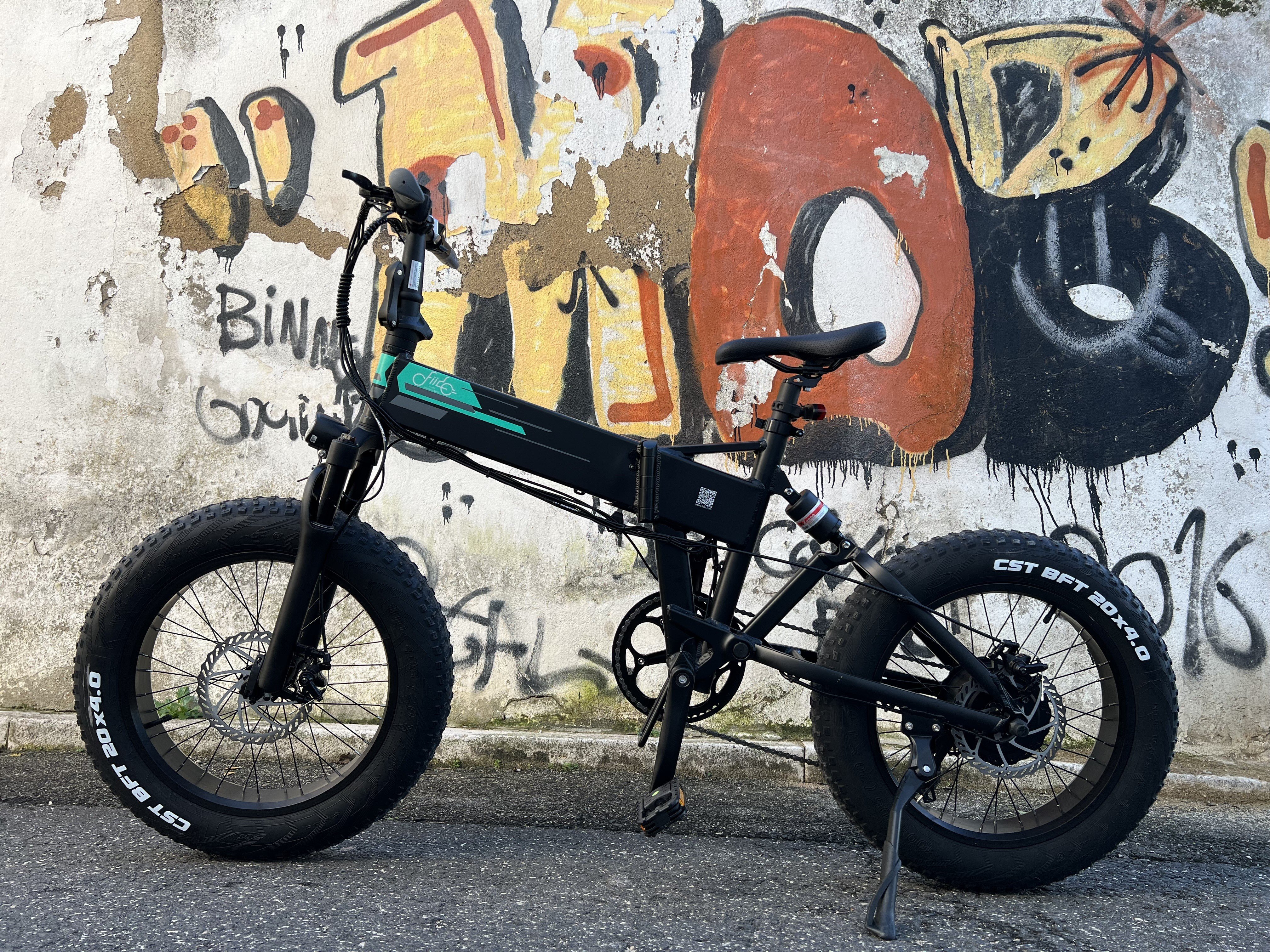 What it’s like to drive the Fiido M1 Pro

After all the settings done and the battery fully charged, it’s time to start driving this Fiido M1 Pro. And after walking the first few meters, I immediately realized that it was going to be a good experience.

It can be used as a normal bicycle or by activating the three levels of assistance🇧🇷 From mode 1 to 3, you have to switch according to your needs along the route.

In my case, I would say that only on the steepest climbs did I ask for PAS level 3 (pedaling assistance). Of course, by default, the Fiido M1 Pro arrives in Europe, limited to 25 km/h🇧🇷 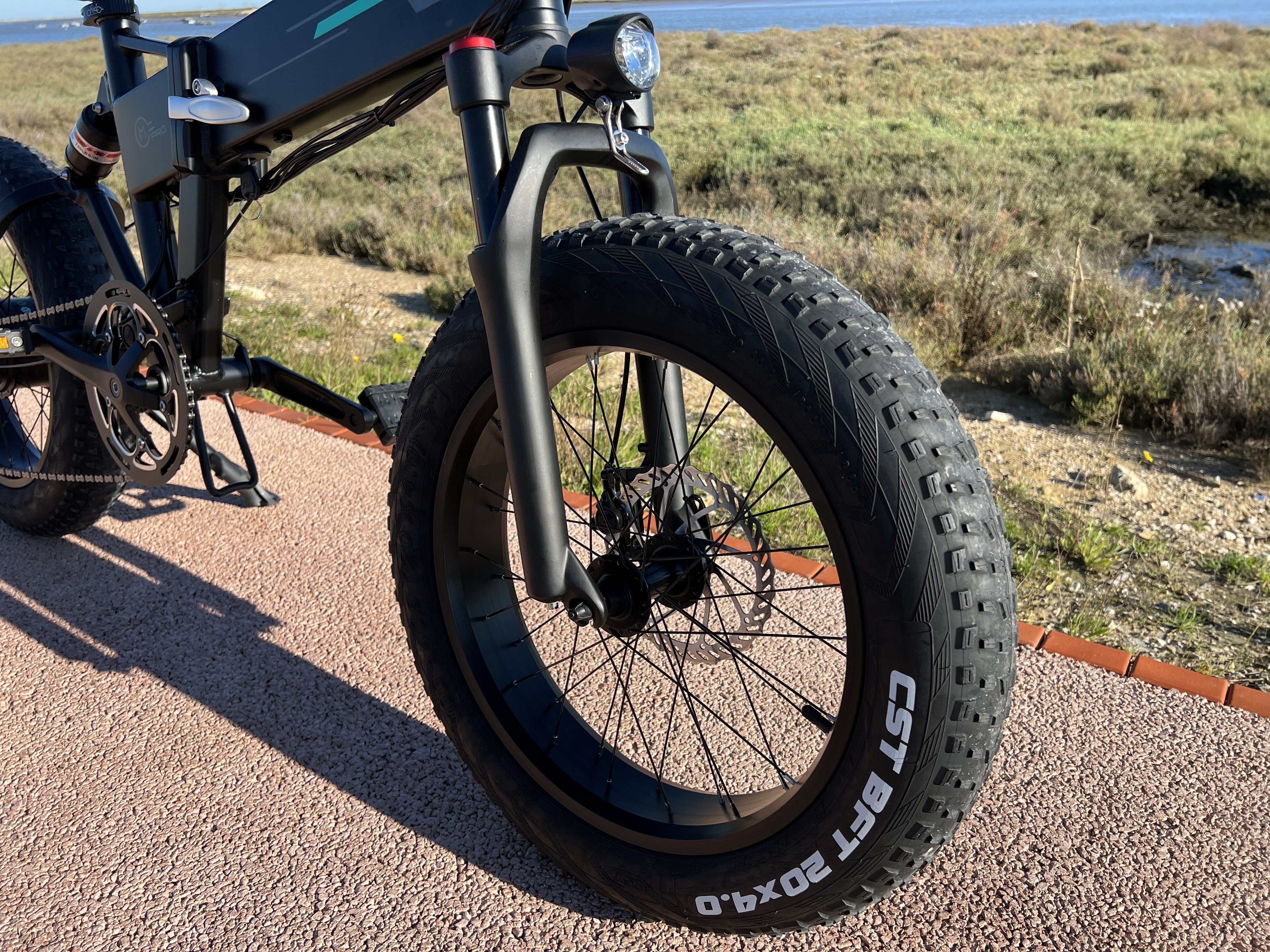 This was respected in the first phase of tests, where I wanted to exploit the maximum assistance of 25 km/h, and I did not use the accelerator. And there is a very smooth ride, with stability.

This also happens for two good reasons. we have tires 20 centimeters by 4 inches, looking like a “fat tire”. In addition, we have front suspension and a (small) rear suspension.

In this way, we have One of the best bikes to tackle the bumpiest roads, which we often see in Portugal. And although it is an ideal model for use on the road, from my experience it does not deny it to perform well with some sand or gravel, off the asphalt. 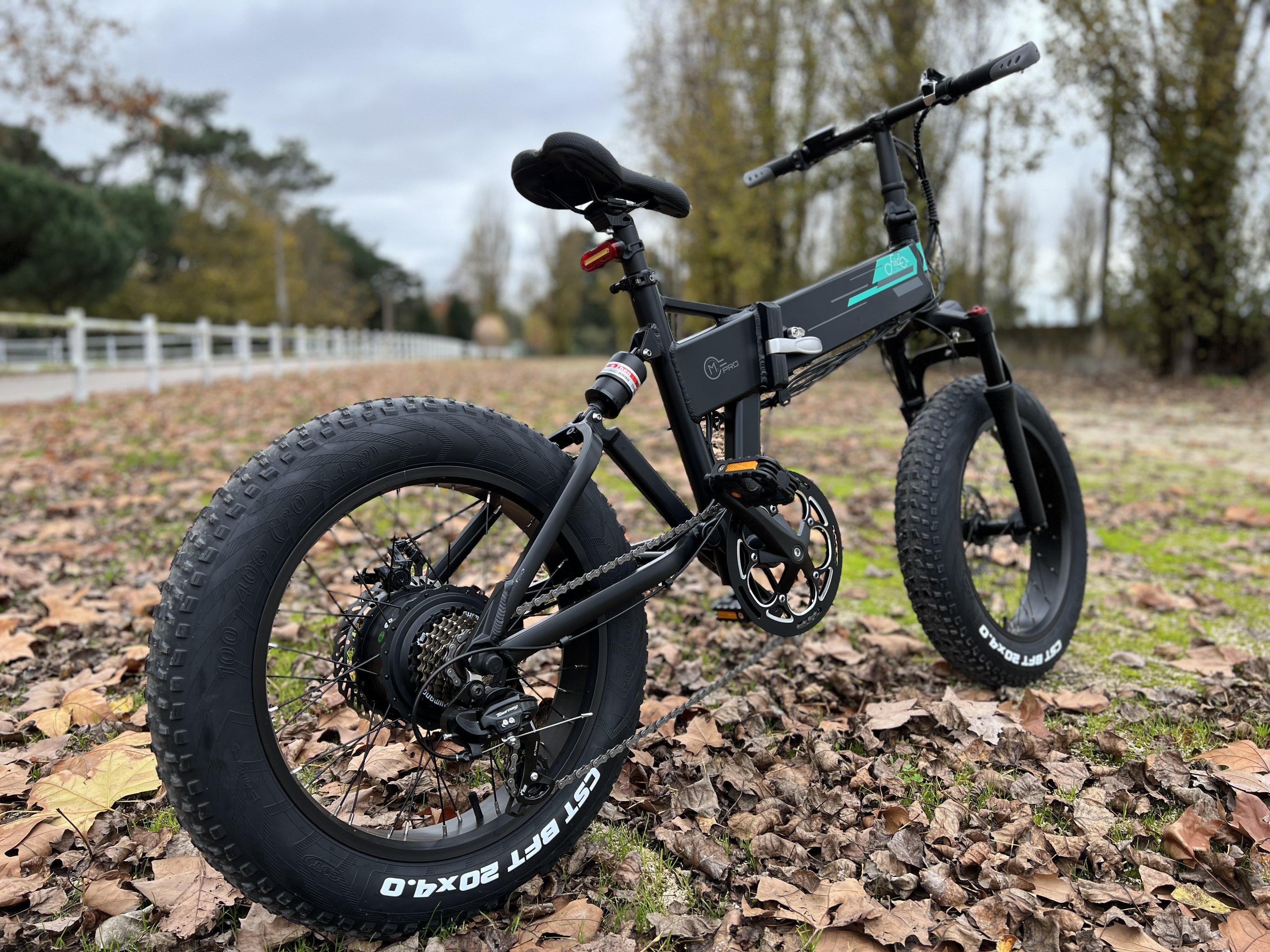 On some less powerful e-bikes, you may find it difficult to cope with goes up steeper With the Fiido M1 Pro, do them very easily with gentle help (or even without it, as you can read below).

About him saddle, it looks pretty simple and can be misleading. Because in my experience, with almost 100 km done with this model, it turned out to be quite comfortable🇧🇷 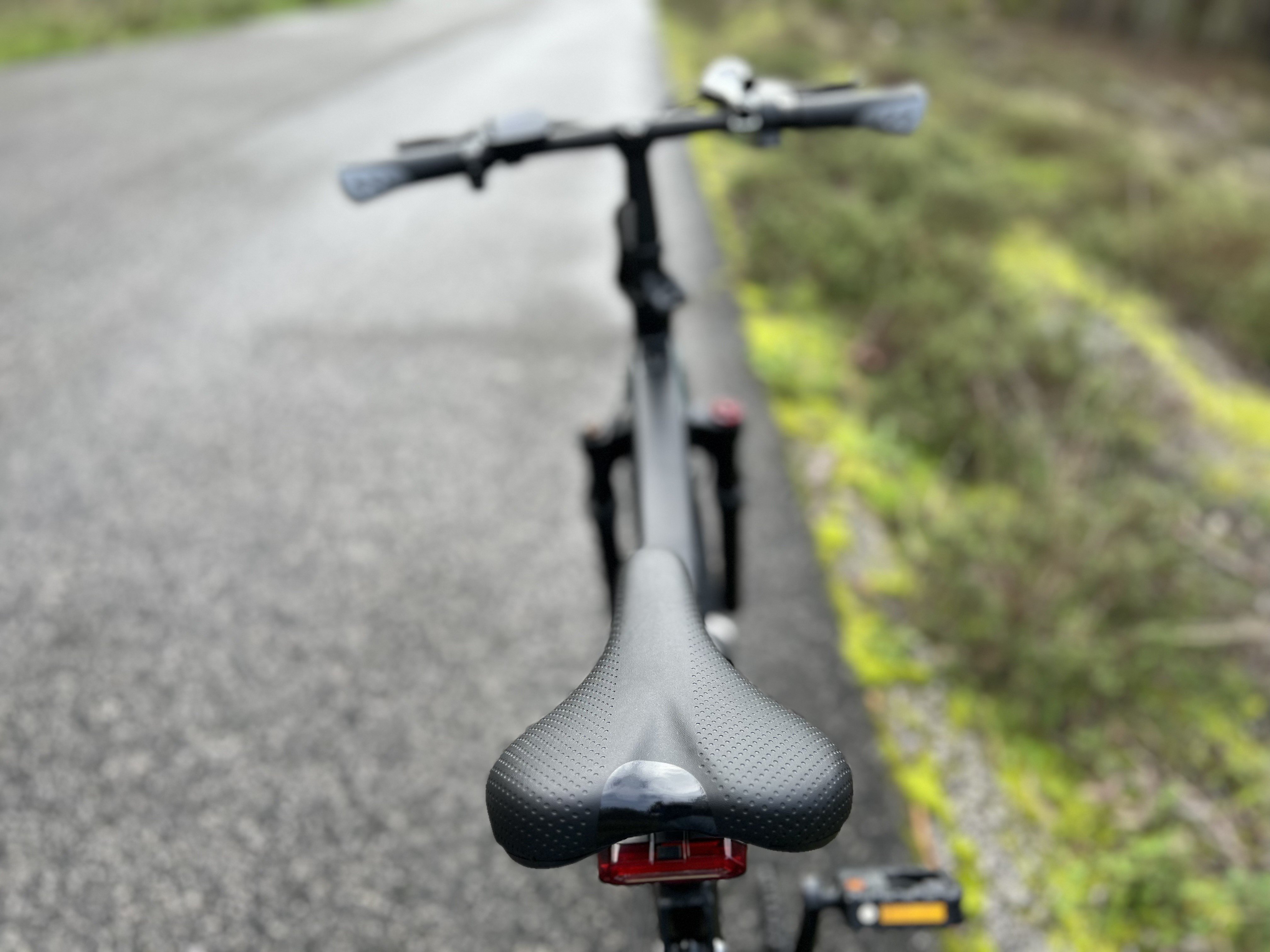 you can count on 7 speed with Shimano box. On some climbs you may want to use the lighter ones, but I didn’t feel the need to leave the taller ones down during my hikes.

In this model you can mechanical brakes🇧🇷 We can consider that they are not high-end, but according to my tests they turned out to be quite efficient not having felt any problem when braking. 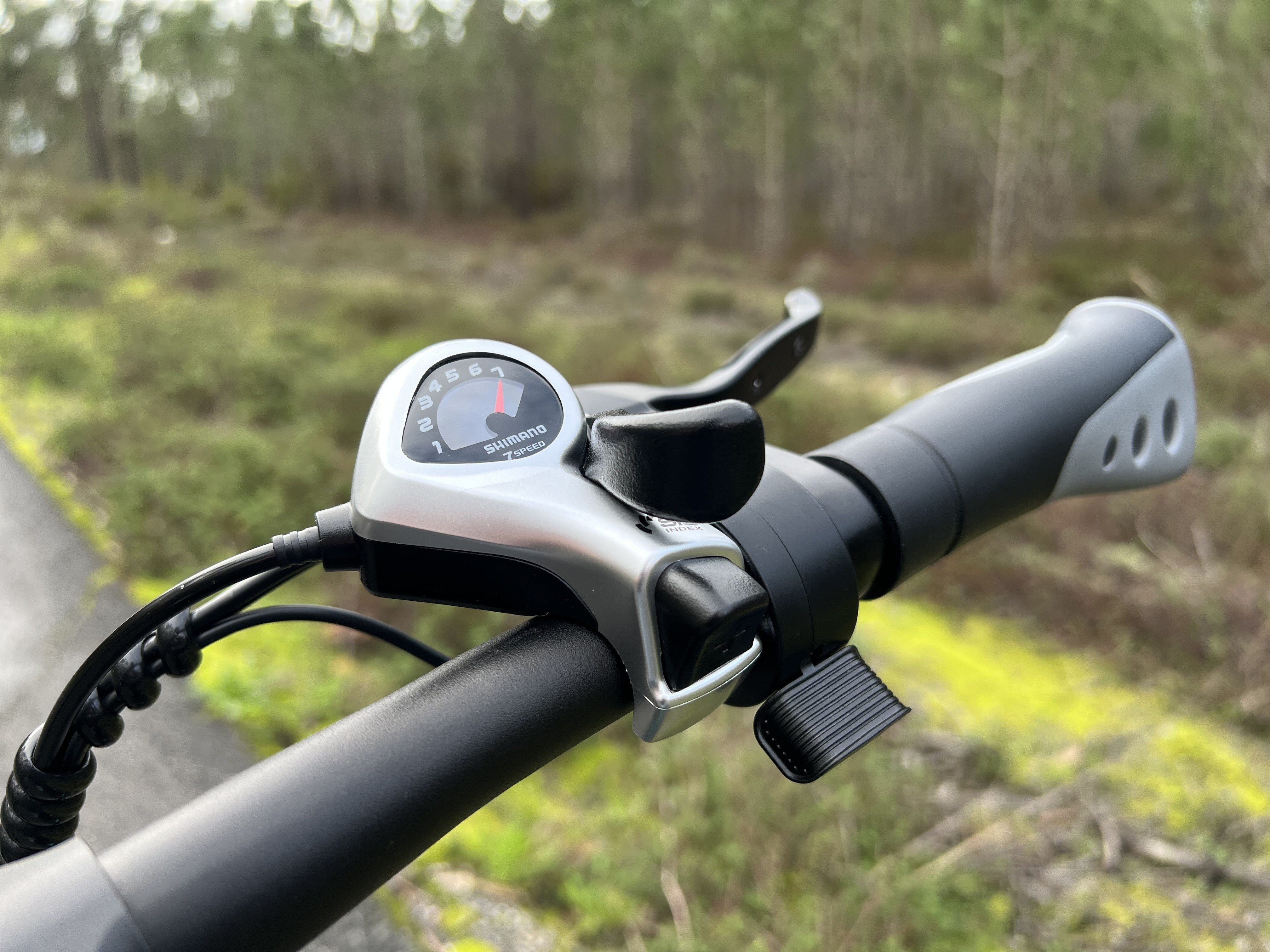 Power is not lacking in this Fiido M1 Pro. We have a 500W motor, which makes us have performance to give and sell. And with this limited to 25 km/h, we quickly realized that this could give something more.

In a controlled environment, it’s hard to resist unlocking and using the throttle, as well as testing your top speed. With that throttle, and top speed unlocked, here’s a bike that easily exceeds 40 km/h in a straight line.

In that controlled environment, it was noted that it easily exceeds the advertised 40 km/h. And even at that speed, for its robustness, tires and suspension, it feels quite safe to drive. 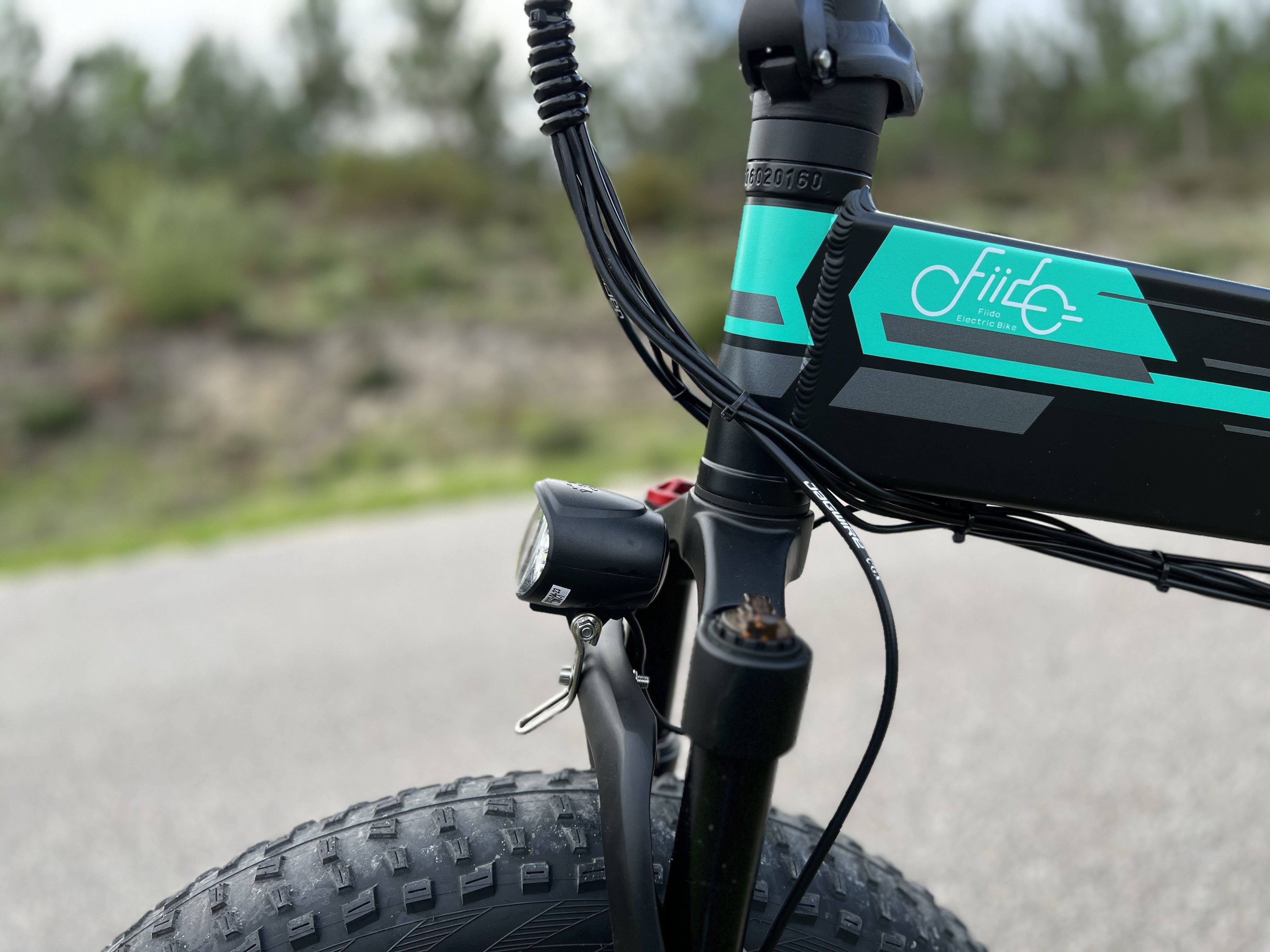 As always, you should keep in mind that the legal maximum speed limit for this type of vehicle in Portugal is 25 km/h. Therefore, any unlocking and pedaling assistance, beyond that speed, is entirely your responsibility.

About fists of this Fiido M1 Pro, you need to register your good grip🇧🇷 I found them quite comfortable, even during long periods of use. The aforementioned accelerator is located right next to the right wrist, being sensitive to pressure (the more pressure, the more speed).

Next to the left handle we have two buttons: one is one Bell very audible and reliable, helping you to signal presence with ease. The other is the button that turns the power on or off. Front light🇧🇷 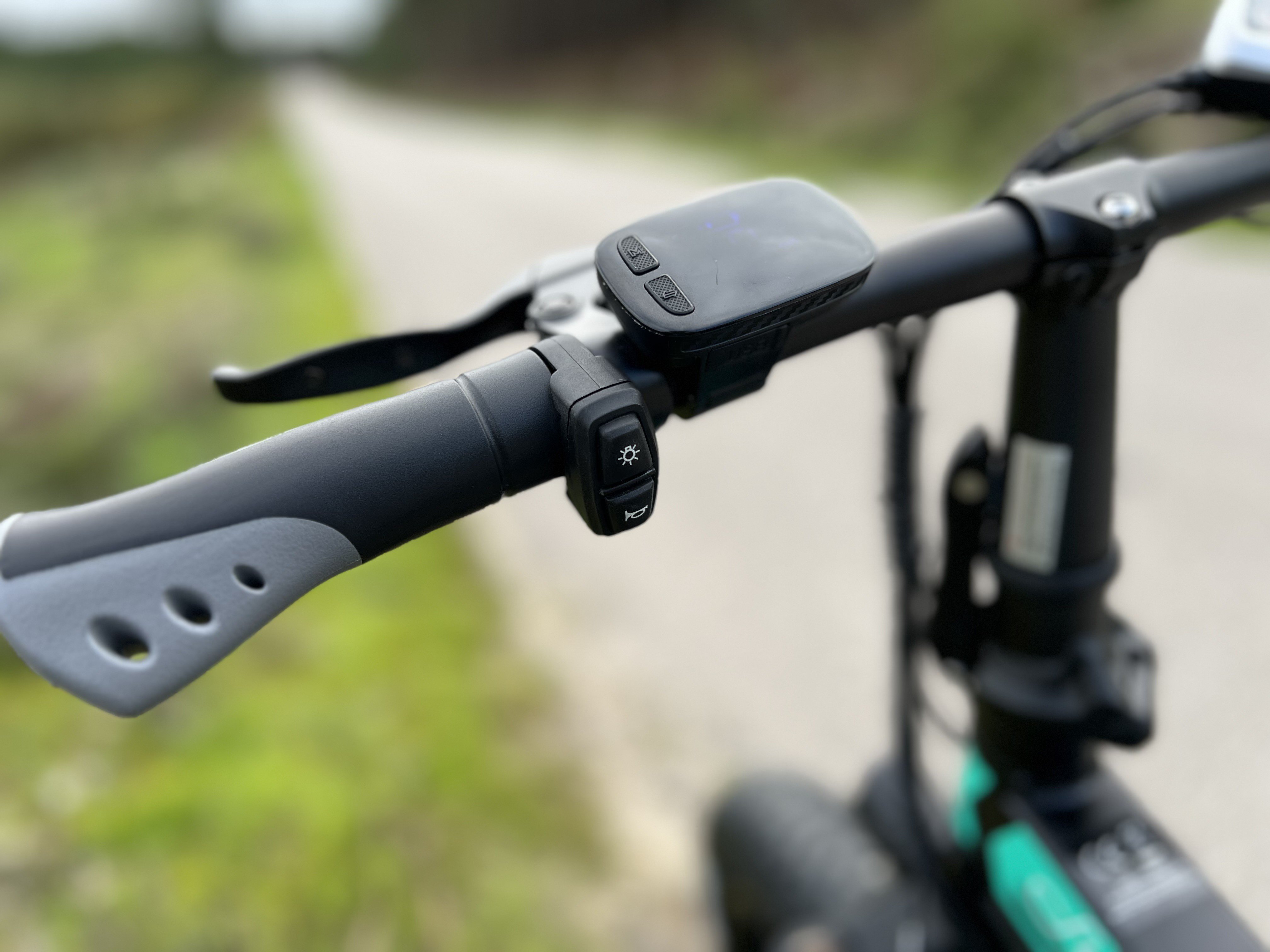 On that front light, it provides an acceptable luminosity to see and be seen at night. The least positive point is that we do not have a rear light included, but only a reflector. I ended up leaving this reflector in storage and using a light I already had

How is the autonomy of the Fiido M1 Pro

If the goal is for the Fiido M1 Pro to be your daily vehicle, you can count on a quite satisfactory autonomy🇧🇷 It should be noted that here we have a 48V 12.8Ah battery. 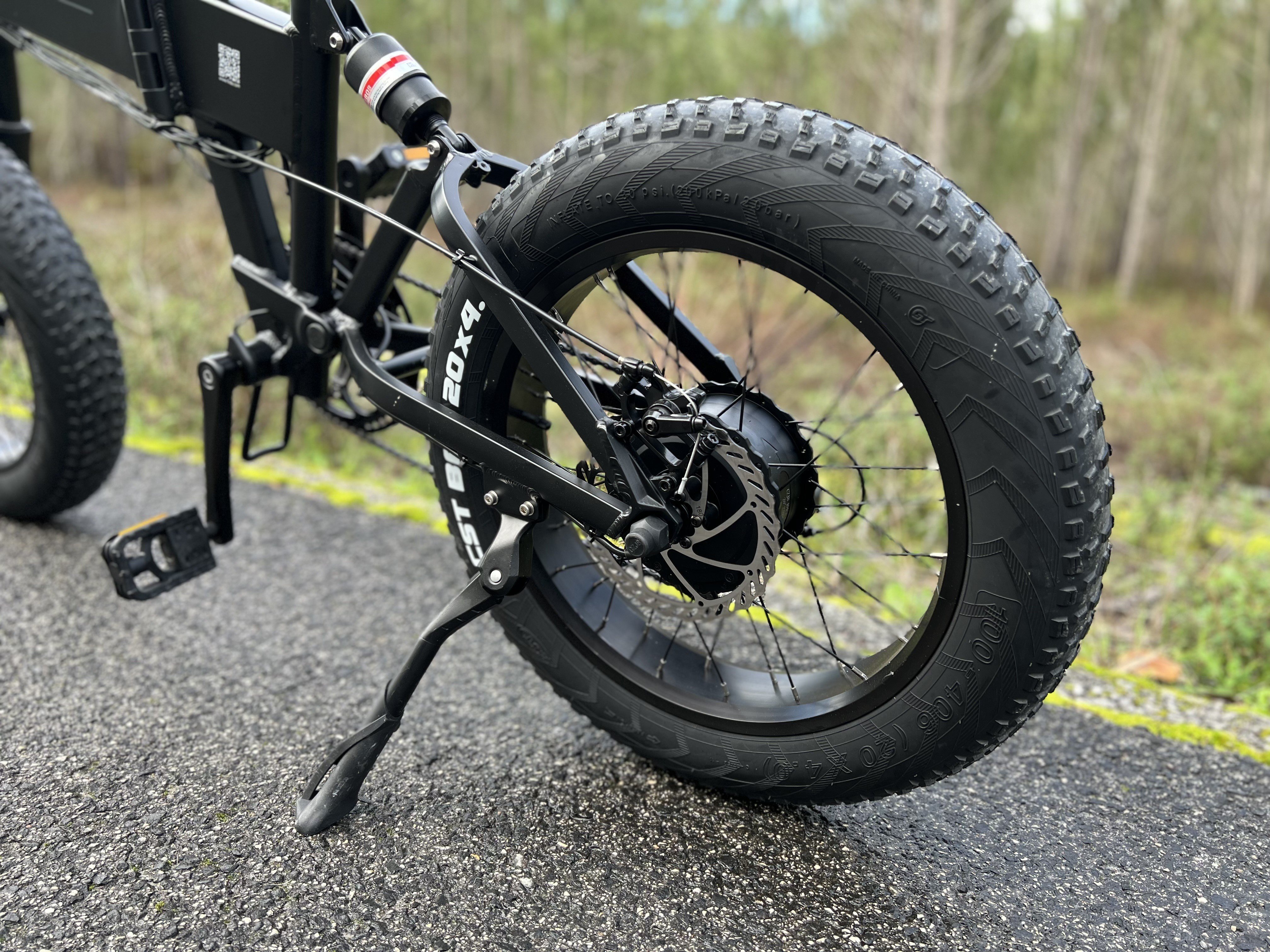 Even so, and with the limit of 25 km/h, wandering between assistance modes 1 and 3, I register a autonomy from 70 to 80 km🇧🇷 Of course, this will always depend on your routes, the temperature, the type of soil and the weight of the user.

If you want to use the fully electric mode, the autonomy is necessarily reduced there. In that case, you must have autonomy to 30 to 40 kilometers🇧🇷 Which for a product of this type is quite satisfactory.

The brand says that the battery can be recharged from 0 to 100% in nine hours. But since I never let it go to 0%, I always managed to charge it in less time. The charger, as already mentioned, has a fan that prevents any overheating. 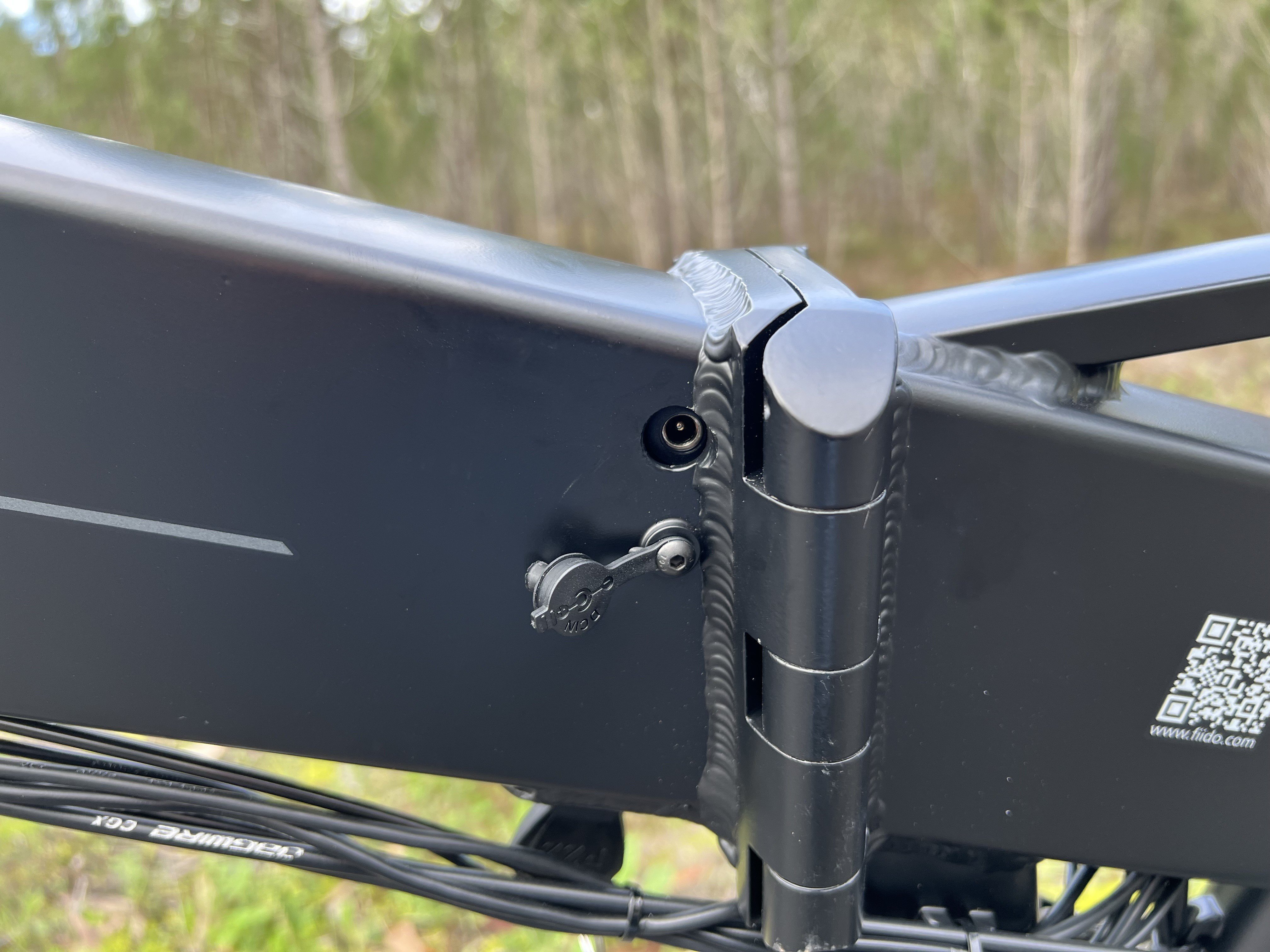 The battery of the Fiido M1 Pro is protected by a classic keys🇧🇷 Once blocked by these, it cannot be removed. It should be noted that we have two keys included in the box.

These are also the ones that will serve to connect to Fiido M1 Pro, and use its electrical part. Therefore, if the bike is stolen, they will only be able to access the electrical potential if the thieves have the key.

It’s a different approach than Fiido X, where you used a code to call. While it’s nice not to have to carry a key with you all the time, I also appreciate this solution. 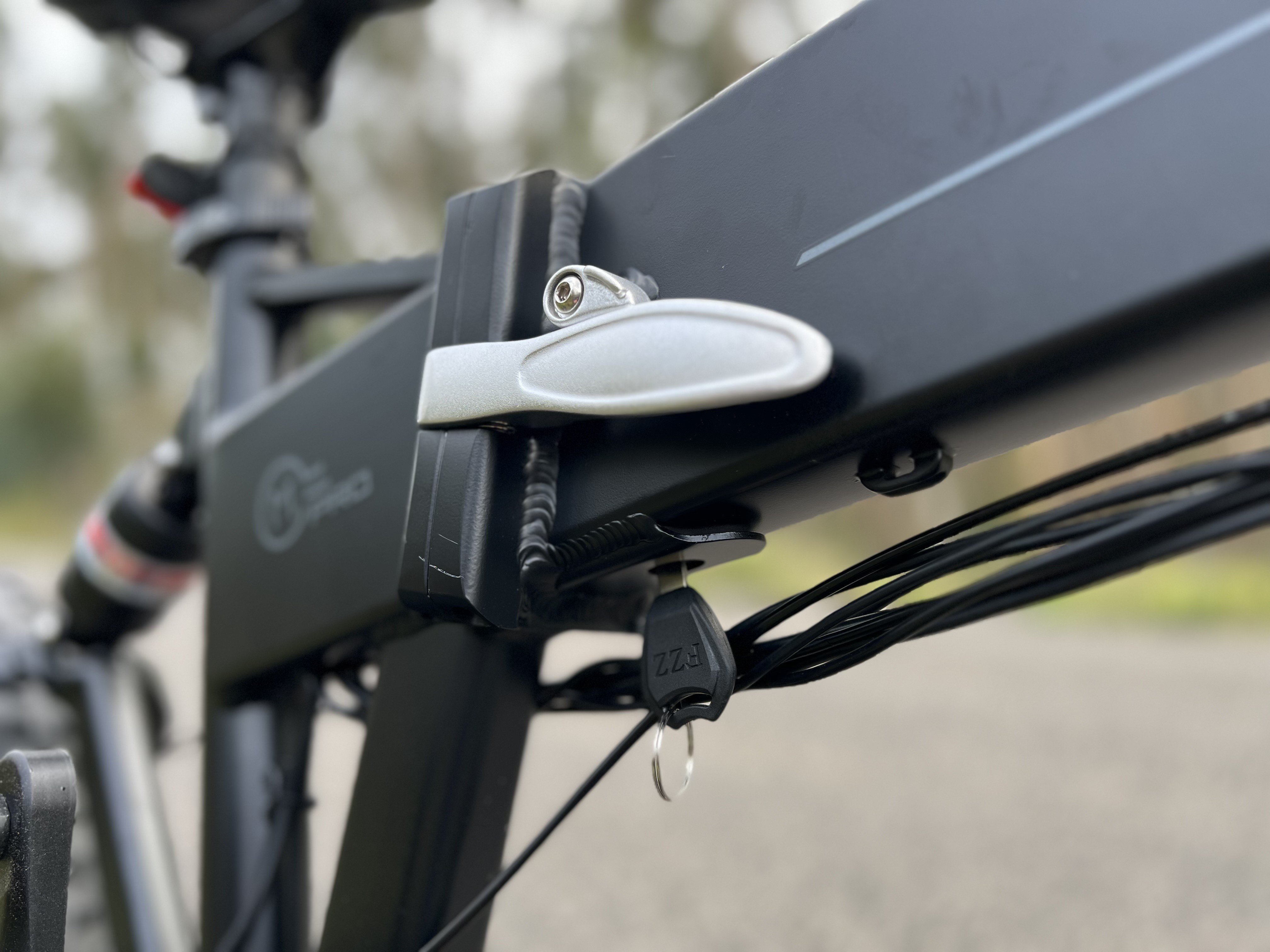 The area where we have to place the key is debatable, since it is located in the lower part of the frame. But considering that here we have fewer cables than in other models that I tried, access is easier.

How is the construction, design and weight of the Fiido M1 Pro

The Fiido M1 Pro has a aluminum alloy frame, which I find quite robust and well built. _In the central folding area and on the handlebar we have safety tabs to avoid accidents or unwanted bending.

I did not notice any stray noise or loose parts on this model. Highlight the plastic fenders, which I decided not to use because I thought that this way the bike would be more attractive. 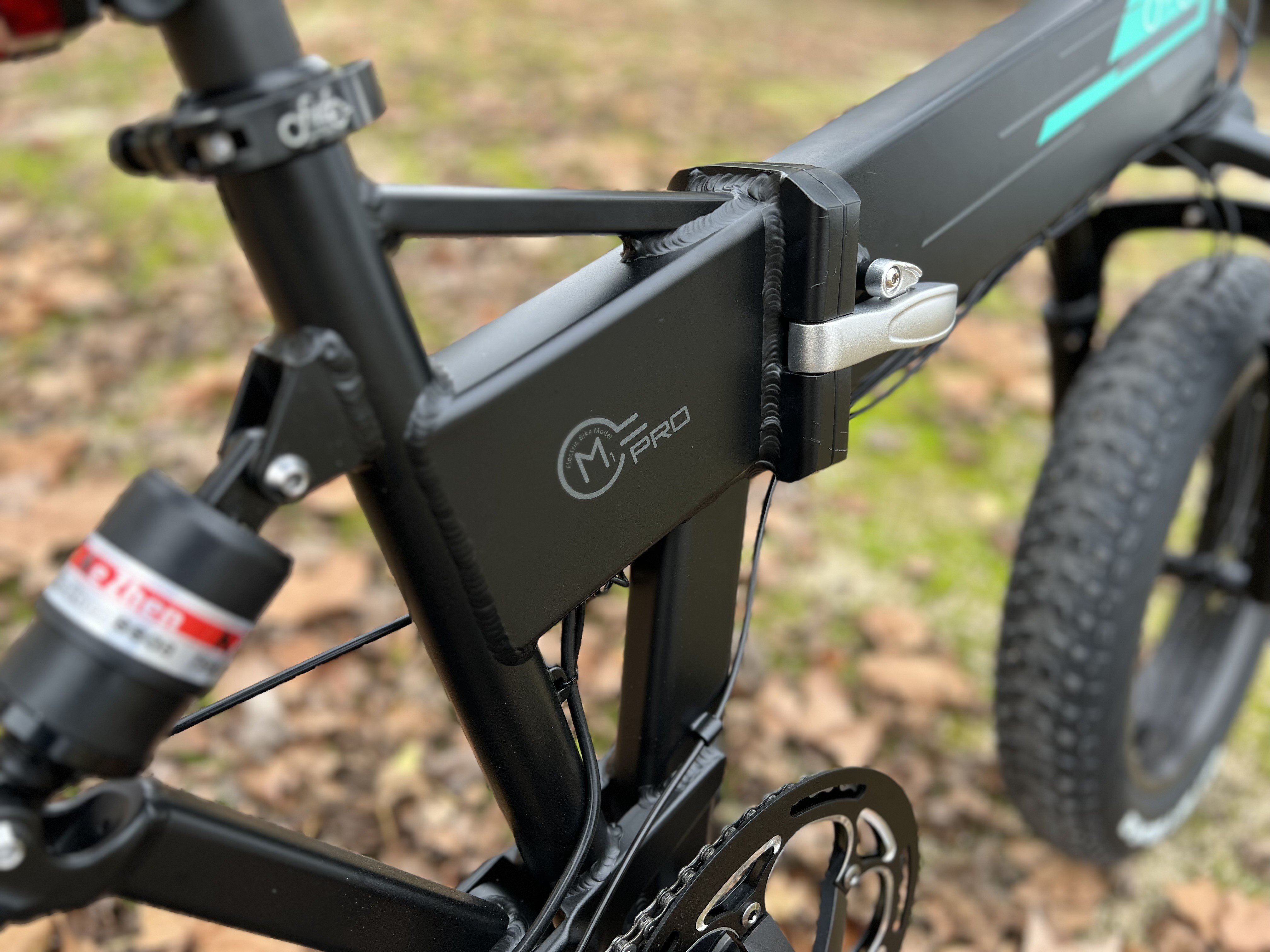 The 20-by-4-inch tires are great for both on- and off-road use. Other aforementioned components reinforce this good build quality, and we have fewer cables along the board than in other competitors, which reveals Fiido’s good work in this field.

What the screen of the Fiido M1 Pro looks like

The screen on the Fiido M1 Pro is similar to what I found on the Fiido X. Unfortunately, I noticed that it has a lower brightness, so it becomes less visible in bright conditions. 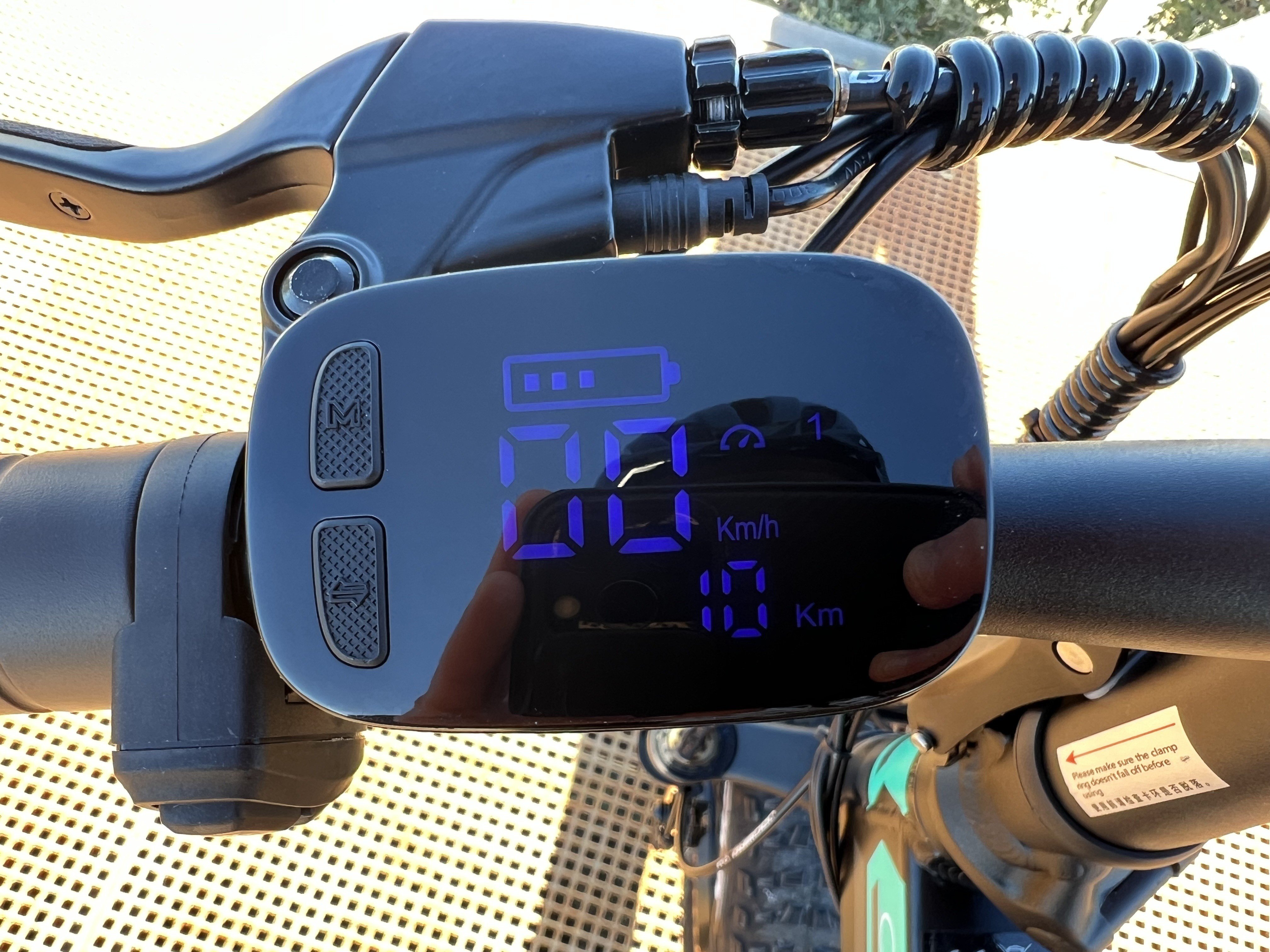 This screen is supported by two buttons. In one of them, you can turn the bike itself on and off. On the other, you can switch between assistance modes and choose between kilometers and miles.

It’s a simple screen, and like the Fiido X, I didn’t feel like the size got in the way. The difference is that here we have less brightness. For my use I found it sufficient, but other users might want something more.

Conclusion on the Fiido M1 Pro

Fiido M1 Pro It is a motorcycle that leaves no one indifferent🇧🇷 Its design, robustness and thick tires make it command respect on the road. And that works in your favor. 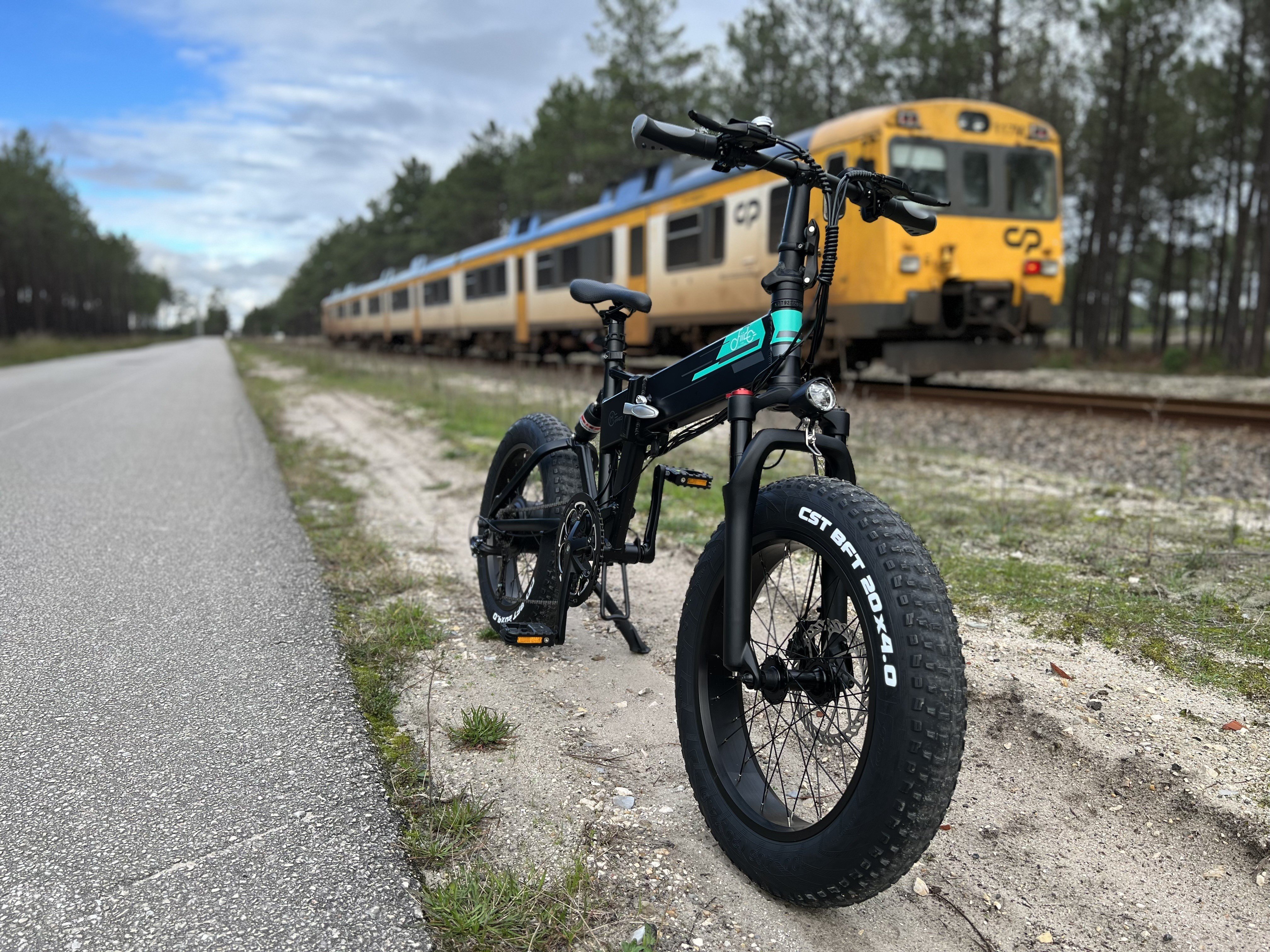 Its features, from the tires to the front and rear suspension, give you access to a smooth ride, even on less than friendly roads. And off-road driving is also quite possible with this model.

For legal reasons, it is limited to 25 km/h of pedal assistance. But if that’s what you want, you can unlock it and enjoy the Acceleration and top speed up to 40 km/h🇧🇷

For my use, using assisted pedaling, the autonomy ranges from 70 to 80 km, which I consider quite positive. So here you can have a bike for daily commuting and use it for several days without recharging. 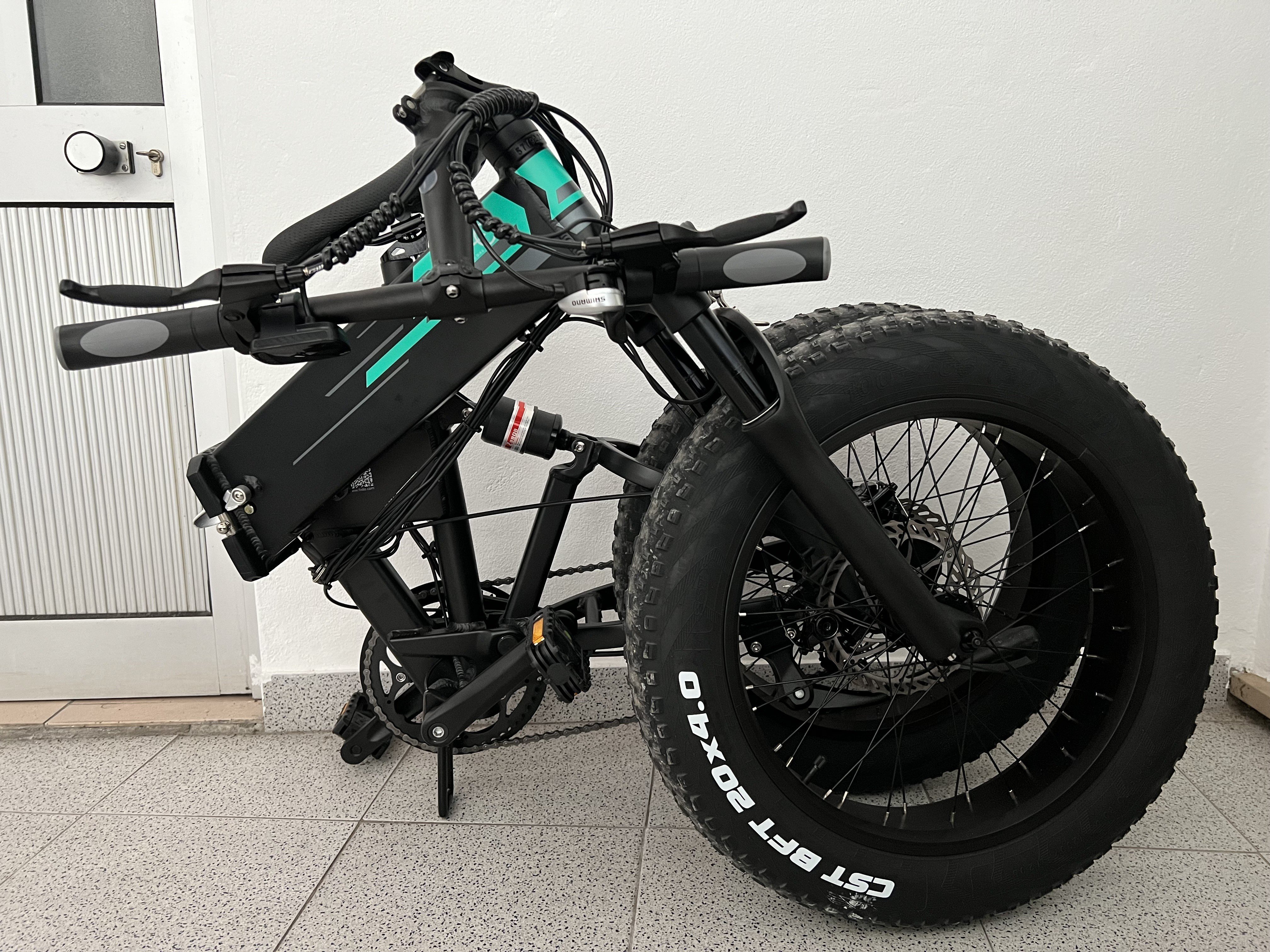 Yours 25kg It may scare some off, but it is much lighter than other competitors in this segment. And the fact that it can be folded makes it possible to put it in the trunk of the car.

Since not every product can be perfect, we must point out the fact that it only comes with a rear reflector in the box (and not a light). So this will have to be an investment to be made by the user. That and the reduced brightness on the screen will be the only less positive points for you.

Within these values, you’ll be hard-pressed to find a bike as powerful and balanced on fat tires as this Fiido M1 Pro. 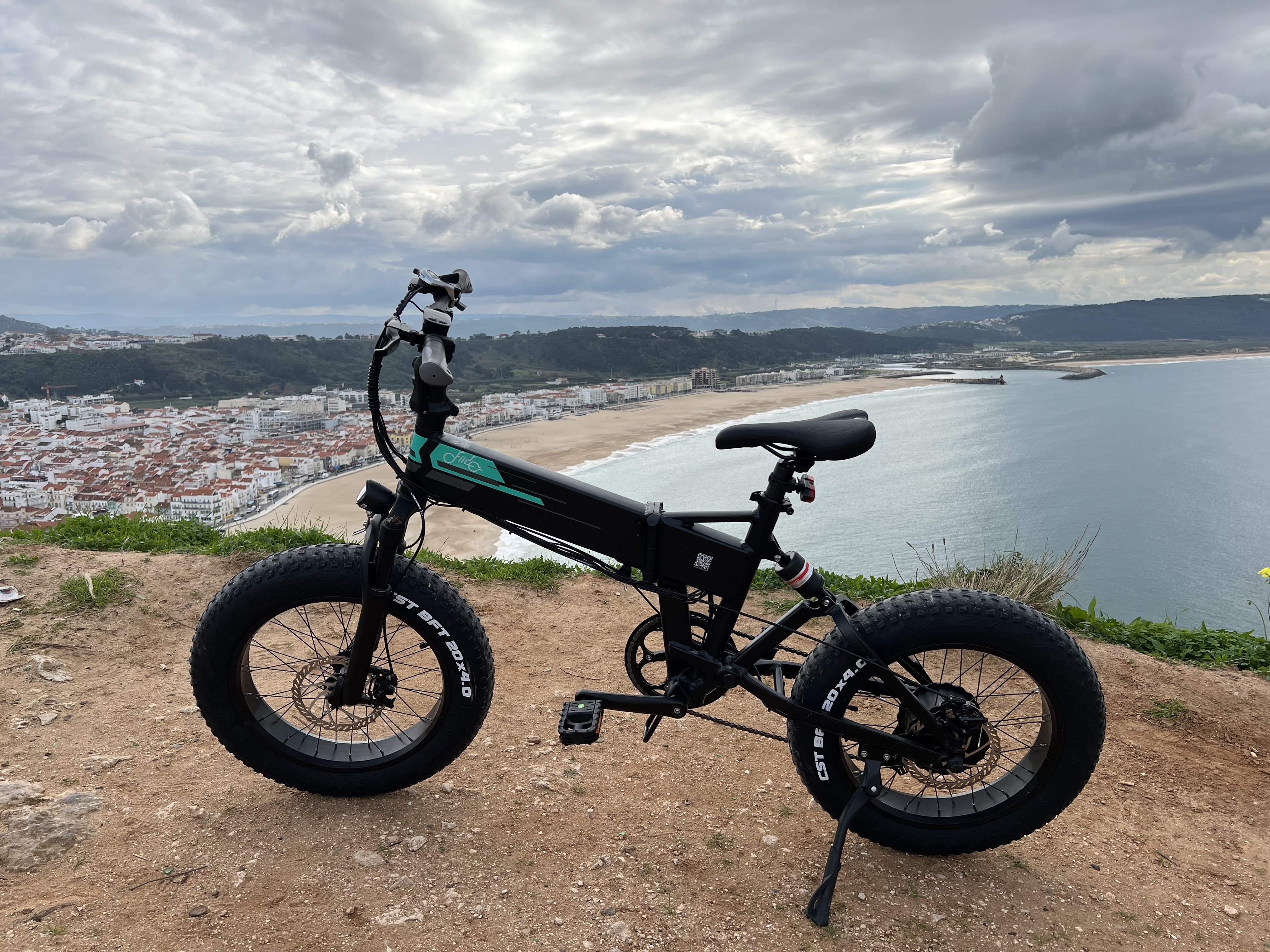 Availability of the Fiido M1 Pro

On the official website, the Fiido M1 Pro has a base price of €1,241🇧🇷 However, you can buy it for only €1145 if you use the Discount code NY10 during checkout (prices may change in the future due to euro/dollar exchange rates).

It is good to emphasize that the shipping to portugal is free, and it may take between 5 to 9 business days. You do not have to worry about customs problems, since shipments are made from a European warehouse.

4gnews assigns Fiido M1 Pro a score of 4.5 stars out of 5 possible🇧🇷