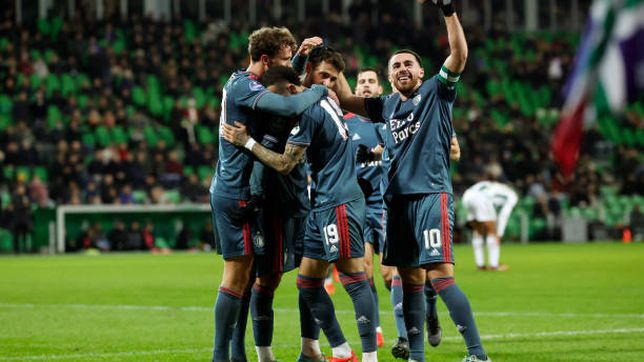 Benefited by the setbacks of Ajax and PSV Eindhovenwho did not go beyond a tie in their respective commitments on the sixteenth day of the Netherlands League, Feyenoord achieved a victory at the Euroborg stadiumrounded off with a goal from the Mexican Santiago Giménez against Groningen (0-3) and lengthened his advantage in the lead.

The Rotterdam team complied on their departure to Groningen and after half an hour they were already on track for their eleventh victory with the goals of the Brazilian Igor Paixao, after receiving a ball from Mats Wieffer, and the Turkish Orkun Kokcu. In added time, Santiago Giménez beat Michael Verrips for the third time after a pass from Quilindschy Hartman and rounded off the comfortable away victory. EFE

To get Jackie Shroff, Ayesha was ready to bring her son into the house, the whole story will surprise you